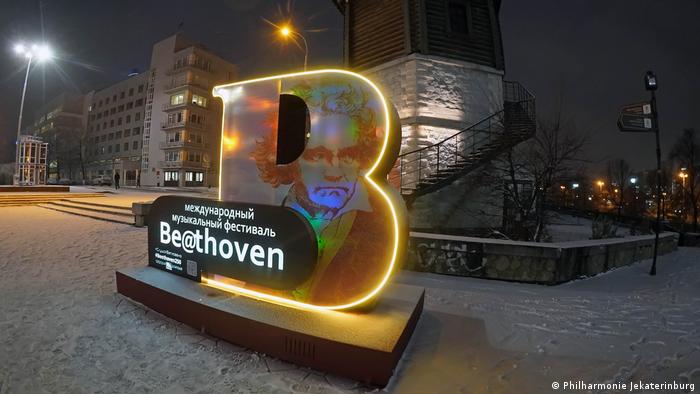 Beethoven is celebrated in Yekaterinburg

The Beethovenfest in Bonn, the great composer's hometown, had to be canceled due to the pandemic, right as it was about to celebrate his 250th anniversary year. But not everything is lost: An international Beethovenfest is taking place east of the Ural Mountains in Russia, instead.

Yekaterinburg will resonate to the strains of "Be@thoven" from November 23 to 30, 2020, and DW will broadcast three of the concerts on its DW Classical Music channel.

The festival is initially planned as a one-off event for Beethoven's 250th birthday — and the program is impressive. Six concerts will showcase key elements of Beethoven's work, with symphonies, chamber music, as well as piano concertos and choral compositions. 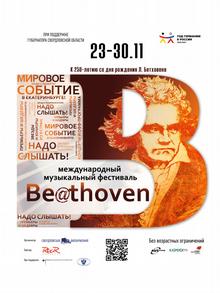 The poster of the festival

The hosts, musicians of the renowned Ural Philharmonic Orchestra, will accompany the German pianist Severin von Eckardstein on Beethoven's 4th Piano Concerto at the opening, in the Sverdlovsk Philharmonic.

"Be@thoven - Invocation," a work by Moscow composer Vladimir Tarnopolski which was commissioned for the 2016 Bonn Beethovenfest, gave this festival its name. The piece relates to the 4th piano concerto and Beethoven's deafness.

An evening of choral music under the title "An die ferne Geliebte," with the cycle of the same name interpreted by Thomas E. Bauer and sung by Elena Zhidkova — who was Venus in "Tannhäuser" at the Bayreuth Festival in summer 2019.

There will also be a special concert presenting young musicians from the German-Russian Musical Academy, which has been bringing together talented young performers from the two countries for the last 10 years.

The star Austrian violinist Thomas Zehetmair will not only be appearing as solo violinist, but will also be wielding the baton from the conductor's rostrum. At the opening concert he will be standing in for Dmitri Liss, head conductor of the Ural Philharmonic, who is still recovering from COVID-19; and on closing night he will fill the shoes of Lothar Zagrosek, who was unable to travel to Russia. 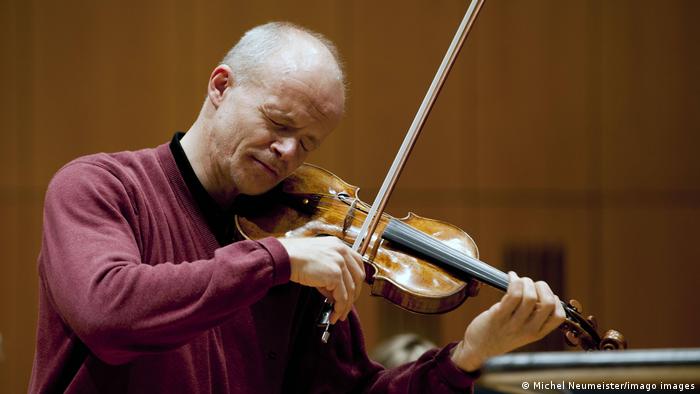 A guest at the festival: violinist Thomas Zehetmair

The wonder of Yekaterinburg

Around one and a half million people live in Yekaterinburg. Russia's fourth largest city is an industrial metropolis and cultural capital on the border between Europe and Asia. The Yekaterinburg concert hall stands alongside Moscow and St Petersburg as one of the most important philharmonic institutions in Russia.

"We couldn't just let the great Beethoven anniversary rush past us," says Alexander Koloturski, director of the city's Ural Philharmonic.

"After all, Beethoven is closely connected to Russia: not only through his Russian patrons Golitsyn and Razumovsky and not only through the world premiere of the 'Missa solemnis,' which also took place in Russia. All of Russian music is characterized by a profound enthusiasm for Beethoven." 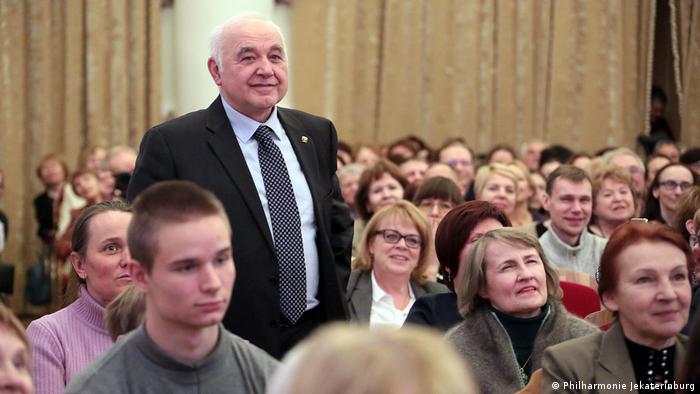 The hall was full before the pandemic: Alexander Koloturski, director of the Yekaterinburg Philharmonic

Koloturski told DW that this month's festival is the result of two years of planning and careful work with their German partners.

The project, supported by Germany's Federal Foreign Office and the Governor of the Sverdlovsk Region, fits seamlessly into the program of the "Year of Germany in Russia," which will take place this year and next.

'The musicians have arrived'

The pandemic, which grips both Russia and Germany, has not made it easy to organize a festival like this. Only a logistical feat of strength made it possible — and the enthusiasm of everyone involved. 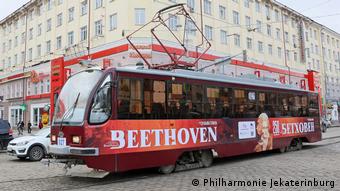 Tram line no. 7 is now the "Beethoven-Tram"

The artists can enter the country fairly easily, with a specially approved visa and a negative COVID-19 test; but when they return to Germany they will have to stay in quarantine for 10 days. Special safety measures are also in place at the festival. The Philharmonic hall is only half filled and is aired every 60 minutes, and everyone involved is regularly tested.

There's also the Ural Philharmonic's "digital concert hall," so that people who are concerned about attending in person can still see the performances.

DW will be broadcasting three concerts from the international "Be@thoven" festival on the YouTube channel DW Classical Music:

A world without Beethoven? A new DW film explores his influence today

From rock to jazz, the composer left his mark on today's music, often in surprising places. Sarah Willis dives into the topic in a new DW documentary.