Bayer Leverkusen have extended their unbeaten run in the Bundesliga and are now in the top four with one game to go in 2017. Salomon Kalou has also had a strong week, and Stuttgart may be in trouble. 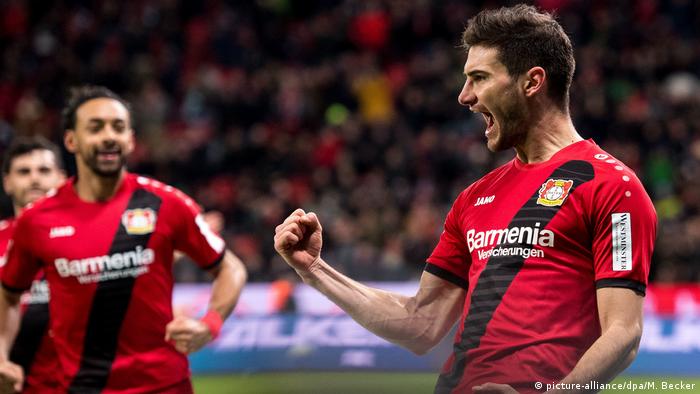 — There hasn't been much separating teams from their opponents during this midweek set of fixtures. Six of the nine games were decided by one goal, and four of those six contests were 1-0 results. Freiburg and Leverkusen scored their one goal early, holding off Borussia Mönchengladbach and Werder Bremen respectively to take all three points. Bayern Munich and Hoffenheim needed a second-half breakthrough to get their 1-0 victories — against Cologne and Stuttgart respectively.

— The biggest headline of the weekend was the end of Borussia Dortmund's winless run as they beat Mainz 2-0. The recently appointed Peter Stöger tipped his cap to his predecessor, Peter Bosz, saying "part of this victory belongs to him."

— Bayer Leverkusen have been on quite the roll, extending their unbeaten run to 11 games after with a 1-0 at home against Werder Bremen, who had won three of their last four games. Kevin Volland, who is in his second season with Leverkusen, has been a driving force — he has scored nine goals this season, six of which have come during the undefeated streak. But he has not been alone as nine different players have contributed goals during this run.

— The burden of European competition may be getting to RB Leipzig. After crashing out of the Champions League last week, the Red Bulls managed only to get one point from their games against mid-table sides Mainz and Wolfsburg. Timo Werner has not scored from open play in more than a month, and their best defender, Dayot Upamecano, will miss their final game of 2017 against Hertha Berlin on Saturday after picking up two yellow cards against Wolfsburg on Tuesday. Leipzig are now in third place and are 10 points behind the defending Bundesliga champions. 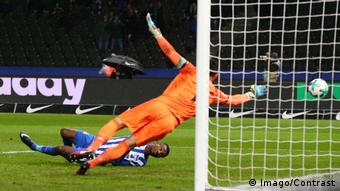 — Salomon Kalou has had an impressive four days for Hertha Berlin. After being benched against Cologne and Eintracht Frankfurt, the Ivorian forward came off the bench and scored the equalizer against Augsburg over the weekend. He followed that up with two first-half goals against Hannover, ones that put the game out reach early. Kalou will miss out on the World Cup after Ivory Coast failed to qualify out of Africa, but his season may still be a success if he manages to get Hertha back into Europe.

— Kalou may have been taking inspiration from Werder Bremen's Max Kruse, who, coming into these midweek fixtures, had either scored or assisted all of his side's last seven goals. But the former German international was a non-factor against Leverkusen, failing to unleash a single shot in 90 minutes of action. With Bartels possibly out for the season, Kruse is Bremen's best creative forward, one the club may rely on in the relegation fight. 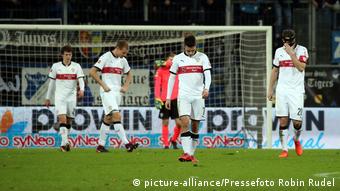 — The relegation zone is where Stuttgart seems to be heading, despite a strong start to the season. The recently promoted side has already collected five wins, but their loss against Hoffenheim on Wednesday was their third straight. To make matters worse, Stuttgart coach Hannes Wolf had to make two early substitutions after both of his starting forwards, Anastasios Donis and Chadrac Akolo, had to come of with an injury. They are now just two points above the drop zone and have not scored in 336 minutes.

— Freiburg's victory over Borussia Mönchengladbach may be the most impressive result of the weekend. Their match kicked off just 52 hours after their wild 4-3 victory against Cologne on Sunday, a DFL scheduling choice they were not happy about. But Nils Petersen, who had a hat trick against the Billy Goats, converted a spot kick for the game's only goal. 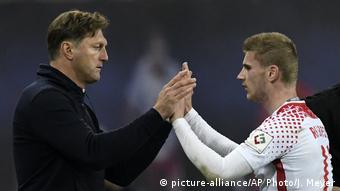 "I notice how the team is tortured and is giving their all, but at the moment, the precision at the front is no longer there. But that is understandable." — Leipzig coach Ralph Hasenhüttl

"My colleague Peter Bosz must have done a good job because no one is speaking negatively. He left a lot of things behind that are good in this team." — Borussia Dortmund coach Peter Stöger

"I run the 100 meters in 10.6 seconds" — Cologne defender Lukas Klünter, when asked why he'd been givenhis first start as a striker against Bayern

"Second place is of course a great feeling, but there is still a long way to go." — Schalke's Daniel Caligiuri

Stuttgart's Anastasios Donis had to depart in the first half of his side's game against Hoffenheim after picking up a charley horse. Chadrac Akolo had to be replaced moments later after being hit in the stomach.

Hertha Berlin's Karim Rekik asked for a substitution in the second half of his team's win over Hannover. 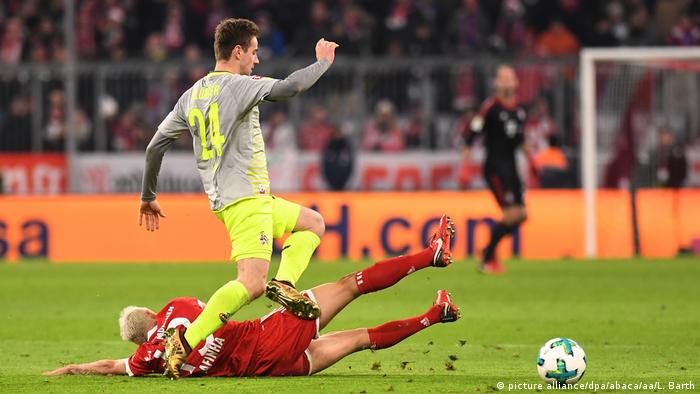 As if Cologne's season wasn't already rough, they entered their tie with Bayern Munich without one of their regular forwards being available to them. Claudio Pizarro, Jhon Cordoba and Simon Zoller have missed several games with various ailments before Sehrou Guirassy suffered a toe injury and Yuya Osako experienced lung inflammation. Interim coach Stefan Ruthenbeck thus decided to stick Lukas Klünter, who normally plays on the right side of defense, at the top of the formation, hoping his speed would great a few chances. It worked to a certain extent as Klünter fired away a couple of shots against the run of play, but Cologne spent most of its time trying to prevent the defending Champions from scoring rather than trying to score themselves.