Bernie Sanders announces he is running for US president

US Senator Bernie Sanders has said he will run for president again in the 2020 election. Sanders, a self-declared democratic socialist, has a large following, particularly among the young. 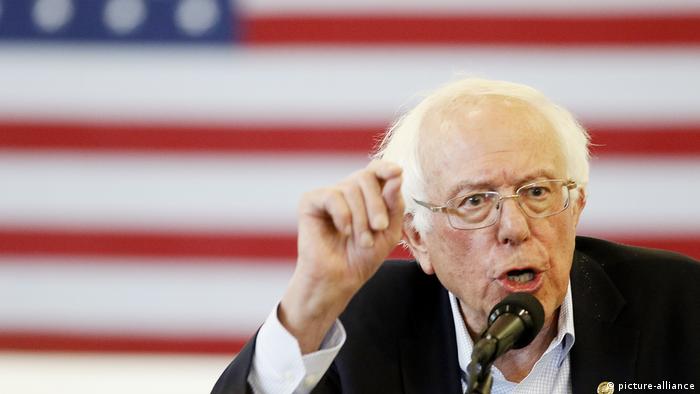 The independent US Senator Bernie Sanders on Tuesday said he would once again run for president in 2020.

Sanders, 77, made the announcement in a radio interview in his home state.

"I wanted to let the people of the state of Vermont know about this first," said Sanders on Vermont Public Radio.

Sanders, who describes himself as a democratic socialist, already made a strong run for the Democratic nomination for the 2016 presidential elections, losing out in the end to Hillary Clinton.

Bernie Sanders's rebuttal of Trump's State of the Union address

He is known for defending such liberal policies as free college tuition and single-payer health care.

In an email to supporters, Sanders wrote: "Our campaign is not only about defeating Donald Trump. Our campaign is about transforming our country and creating a government based on the principles of economic, social, racial and environmental justice."

Announcing his bid, Sanders did not pull his punches regarding the current Republican president, calling Trump an embarrassment to the nation and "a pathological liar."

"I also think he is a racist, a sexist, a homophobe, a xenophobe, someone who is gaining cheap political points by trying to pick on minorities, often undocumented migrants," he said.

Observers say Sanders will be a strong contender for the Democratic nomination this time around, although he will face much stiffer opposition than the last time, when he was Clinton's only progressive opponent. There are now a number of Democratic candidates who are espousing similar leftward-leaning ideas, including Senator Elizabeth Warren, seen by many as a favorite.

Read more:What Trump's ancestral village in Germany has to say about him