Berlin′s Green Week brings the village children to the big city | Germany| News and in-depth reporting from Berlin and beyond | DW | 22.01.2020 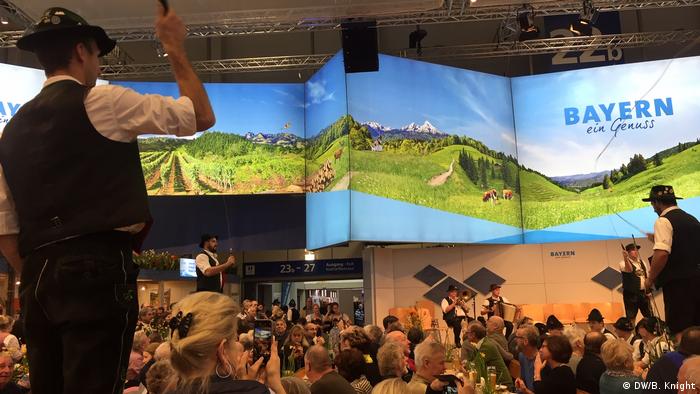 The Internationale Grüne Woche (International Green Week) is when the real Germany descends on Berlin. It is ostensibly just an agricultural industry trade fair, but in its near 100-year history it has grown into so much more than that.

Nowadays the Grüne Woche is a colossal 10-day extravaganza of cheese, sausage, beer, goats, cattle, horses, Schlager pop music and traditional Bavarian whip-cracking displays, one of the few annual industry exhibitions that comes close to filling the space-cargo-ship of a complex on Berlin's western edge. Inside the hulking Messe Berlin exhibition halls, trumpet players from brass bands and harvest queens mill about in traditional rural costumes, while tourists from across Germany come to gorge on regional produce and dubious asparagus liquors.

Green Week is also a chance for Germany's rural regions — some states occupy entire hangars — to invade the metropolis and make Berlin's jaded urbanites aware of what it's like beyond the gray streets, why you should come to visit their regions, and what political issues they'd prefer to see on the government's agenda.

"This is important so that the agriculture business gets a chance to present itself properly," said Karl-Heinz Weber, who was attending the fair as a representative of Oberlangen, Lower Saxony, which had won a competition entitled "Our village has a future."

"In the city you forget how great you can live in the countryside, that there are no traffic jams on the way to work. That there are kindergartens that are well looked-after, and well-kept schools," he said. "Life works well because there is a sense of community and neighborhood, which isn't always possible in a city."

"The Grüne Woche is important to open people's minds, to see the diversity, to get to know all the different states, what makes them what they are, and maybe for people to choose their next holiday destination somewhere that's not abroad," said Madline Fojut, harvest queen of the village of Kremmen, Brandenburg, famous for its collection of well-preserved hay barns.

Read more: Explainer: What are Germany's farmers so angry about? 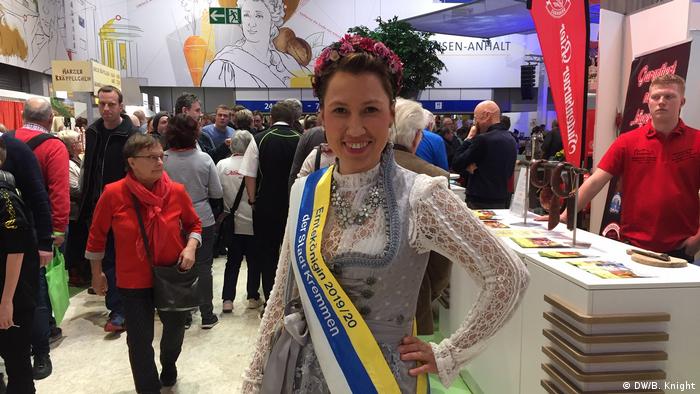 Germany's Agriculture Ministry is also a major presence at the Green Week, occupying a hall in which it hosts panel discussions and gives a platform to new scientific and technological innovations. This year, however, the ministry was facing a hostile audience, caught as it was between environmental campaigners and disgruntled farmers angry about government policy and food pricing.

That conflict was played out online in reaction to the ministry's backfiring social media campaign. Under the hashtag #Dorfkinder ("village children"), Agriculture Minister Julia Klöckner tried to promote bucolic life in the 21st century. The campaign was inoffensive enough, coupling warm-hearted countryside images with cheery slogans such as "Village children bring new life into old walls," or "Village children keep the whole team in view."

Perhaps unsurprisingly, this encountered instant mockery on Twitter. The campaign was not helped when users realized that many of the countryside images used in the tweets were stock photos, some of which hadn't even been taken in Germany.

But many social media wags also dismissed the campaign as a mockery of real life in the countryside, considering that many rural areas lack basic infrastructure like broadband coverage, kindergartens and public transport. As one user put it: "Village children are pissed off because apart from a nice campaign Julia Klöckner doesn't do anything for them."

Meanwhile, environmental groups like Fridays for Future used the opportunity to highlight the destruction facing the countryside, particularly lignite mining, which has caused whole villages to be uprooted.

People at the Grüne Woche itself had a mixed take on the political clash. Martin Sehels, standing by his stall in a peasants' smock, had little good to say about the goverment. "Julia Klöckner is a minister who is trying to make everything right for everyone, but who is neglecting the farmers," he said. 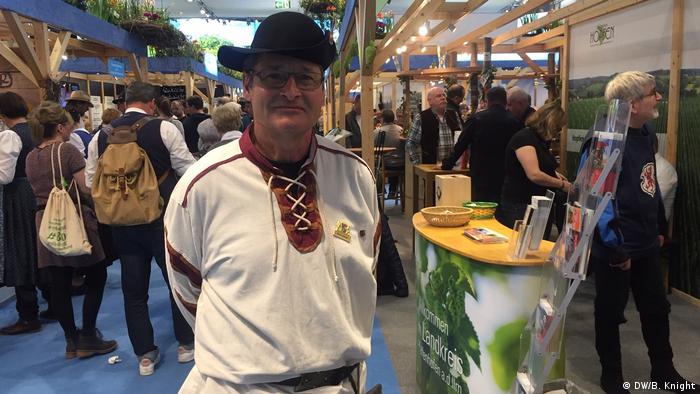 Sehels was representing Vohburg-Pfaffenhofen, a rolling, hilly landscape in Bavaria where much of the hops used in German beer are grown. The crop has made his region one of the most prosperous in Germany.

"She should make sure that the big food companies stop this price war that is pushing prices down," he said. "These dumping prices, it virtually blackmails farmers. Food has to have a certain price, so that the farming economy, not the industrial farming economy, can produce high quality produce."

Meanwhile, relaxing over a beer after the end of a long day, Harald Saul, a master chef from Greiz, Thuringia, also thought public funding was lacking in rural areas. "The cities in my region, Erfurt, Weimer, and Jena, get well-served, but the rural areas aren't offered any money, it's really bad," he said. "And then they destroy it with wind farms. Germany can be glad it doesn't have French farmers. They have very different kinds of protests."

But Saul also enjoyed the chance to praise small town life: "I do a lot of cookery events with children," he said. "And the children in the country still know where the eggs come from, where the milk comes from. I think if people have a chance to put their children in a rural kindergarten, they should consider it."