Berliners fight anti-Semitism among Muslims | Germany| News and in-depth reporting from Berlin and beyond | DW | 05.02.2010

Anti-Jewish sentiments are thought to be deeply rooted in a fifth of the ethnic German population, and some Muslim residents also hold clearly anti-Semitic views. Berlin activists wants to change that. 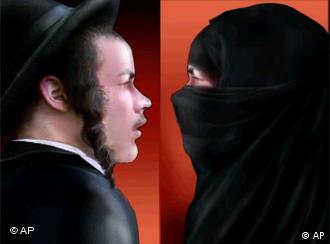 Yasmin Kassar is one of the many activists in Berlin who find anti-Jewish sentiments among young Muslims intolerable. For a year and a half now, the Syrian-German woman has been working to change people's attitudes in Kreuzberg, a neighborhood with a large Muslim population.

"You can see that whenever the Israeli-Palestinian conflict gets worse - like when we had the Gaza conflict towards the end of 2008 and the beginning of 2009 - anti-Semitic views are articulated here more often by residents with a Muslim background," Kassar told Deutsche Welle.

But instead of criticizing the particular aspects of the Israeli government's policies, it's often Jews in general who become the target of verbal - and in rare cases physical - attacks in Berlin.

At the Kreuzberg Initiative Against Anti-Semitism (KIGA), Yasmin helps to develop programs and concepts to enable multi-ethnic schools to tackle anti-Jewish sentiments with sound arguments. There's a lot of work to be done.

According to a recent study conducted by the Emnid polling institute among young Turks living in Germany, a minority has taken a real interest in learning more about Jews, their contributions to German society and what they had to endure in Nazi Germany.

The leader of Germany's opposition Green party, Cem Oezdemir, who has Turkish roots himself, calls it a form of "anti-Semitism without Jews." 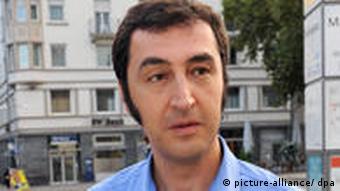 Oezdemir is concerned about anti-Semitic Muslims

"These young Muslims are often people who don't know any Jews in person," Oezdemir said. "Their radical views stem from an over-identification with the Middle East conflict, from parents who are willing to employ all the well-known Jew-related cliches, and from schools that don't know how to tackle the problem in classes full of students with migrant backgrounds."

The Berlin project Anti-Semitism in the Context of Migration and Racism (AMIRA) has been tackling the problem since 2007. The organization's Gabriel Freville says he and his colleagues aim to provide social workers on the ground with viable programs and arguments for their discussions with young Muslims about Jewish life in the city and anti-Semitism.

"It's a question of attitude, of how you approach the youngsters," says Freville. "If somebody says 'I hate Jews' it's important not to start moralizing, telling him that he's a bad guy. Instead, you have to try to understand his reasoning and look into the problems behind it."

The Emnid survey found that almost 70 percent of those polled knew nothing or almost nothing about the Holocaust. Seventy-five percent said they had never been to a concentration camp memorial site in Germany, let alone a Jewish museum.

Ufuk Topkara is trying to change that. The historian, who also has Turkish roots, shows young Muslims around Berlin's Jewish Museum. 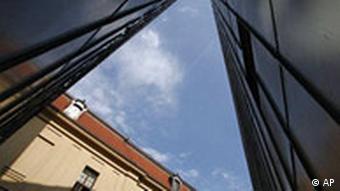 "While they're here in the museum, young Muslims start questioning everything they've ever heard about Jews before. You can see this in their faces," Topkara told Deutsche Welle. "Only, I very much doubt whether this has a lasting effect when the kids are back in their normal environment," he added.

Others say too much fuss is being made about anti-Semitism within Germany's Muslim communities.

While admitting that anti-Jewish sentiments can certainly be found there, Kenan Kolat, chairman of the secular Turkish Community in Germany, says this phenomenon should be placed in a wider context.

"There never was a Holocaust, they say. The Jews capitalized on the 9/11 aftermath, they say. All Jews are rich - you can find all these prejudices among some Muslims here and it is just a reflection of what you find in society here at large," Kolat told public broadcaster ARD.

An academic advisory council has said it is high time Germany set up centers for Islamic studies at universities to train Muslim scholars and teachers for the country's Muslim minority. (01.02.2010)

A new survey of 11 cities in Europe finds that the majority of Muslim immigrants feel well-integrated in their new homes but still feel discriminated against. (27.01.2010)

Most immigrants from Turkey feel like foreigners not only in Germany, but also in their homeland, a new survey has found. Many said they do not feel wanted in their adopted country. (20.11.2009)