It may not have the cachet of Cannes or the star quality of Sundance, but the Berlinale is one of the most important dates on the film industry's calendar, thanks in part to its own trade fair, the European Film Market. 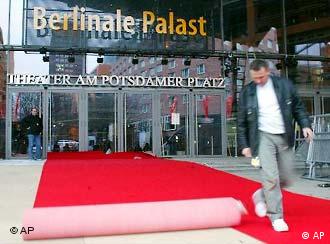 Rolling out the red carpet for industry execs and stars alike

February may not be the most attractive time to visit the German capital, but for many in the international film industry, the Berlin International Film Festival, which this year runs from Feb. 10 - 20, is now a must -- along with Cannes and Venice. It wasn't always this way.

On the European scene, the Milan-based film market, MIFED, used to be stronger competition for Berlin. But when the American Film Market (AFM) moved its date from February to November, industry insiders heard the death knell for October's MIFED.

According to the Hollywood Reporter, buyers felt the Milan market offered a poor return. The AFM's date swap has not only lent Berlin a higher profile, it has also removed scheduling conflicts for buyers wanting to attend the Berlinale's sister event, the European Film Market.

"I'll be going to Berlin for seven days, whereas in the past, I'd only go if I had a film in the festival selection," Jean Labadie, head of French distributor Bac Films told the Hollywood Reporter.

More buyers might be winging their way to Berlin this year, but what about the stars? After all, the number of big name celebrities in attendance is a key factor in a festival's success. There have been worries that the timing of the Oscar nominations could result in fewer stars gracing the red carpet at the Berlinale.

In the past, Oscar nominees were announced during the Berlinale, making the festival a perfect stage for Academy Award-hopefuls. Last year, however, was the first year that the Oscars took place a month earlier than usual. The nominees, consequently, were announced earlier, and suddenly, high-voltage celebrities such as Nicole Kidman failed to show. This year, though, promises to be different. 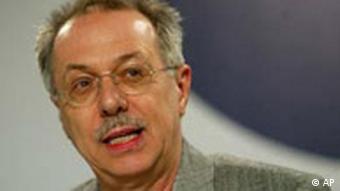 "There were people who were worrying about whether, after this thing with the Oscars, anyone would come along," Berlinale director Dieter Kosslick (photo) said at a press conference, a big grin on his face.

The reason? He'd just finished reeling off a list of dozens of celebrities expected to crowd the main venue at Potsdamer Platz this year. It included Keanu Reeves, Will Smith, Kevin Spacey, Daniel Day-Lewis, Catherine Deneuve, Joseph Fiennes, Glenn Close, and Gerard Depardieu. The glamor factor, it seems, is a sure thing.

And yet, Kosslick said he's not even that concerned about the number of stars who come to Berlin. This year, Hollywood films, he said, make up only two to three percent of the 343 films being screened. In his view, the Berlinale is a political film festival. He cited the fact that 10 years after the genocide in Rwanda, two of the competition films this year focus on what happened there.

Indeed, the Berlinale has garnered a reputation among industry executives as a quality market, albeit a Euro-centric one. Translated into Hollywood-speak, that means it's not the place to buy popular, blockbuster material. But that doesn't bother Kosslick.

Will Smith and Keanu Reeves are expected to lend the 55th Berlin film festival star quality, organizers said, while sex as science and titillation is set to be one of the event's outstanding themes. (Feb. 2, 2005)