Hollywood's brightest stars land in Berlin to remake a Jules Verne classic. Will the film be enough to save the city's legendary but beleaguered Babelsberg Studios? 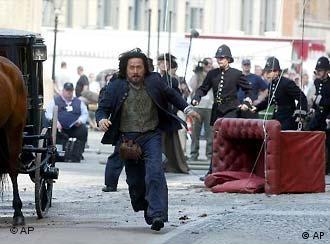 Jackie Chan busts a move on the streets of central Berlin.

But you wouldn't have been hallucinating if, passing through Berlin's central Gendarmenmarkt square on Tuesday, you thought you'd stepped back in time to Victorian London. The square has been transformed into a replica of London's Trafalgar Square and is the set of a new production of the Jules Verne classic "Around the World in Eighty Days," which began filming here this week.

With Chinese action-film star Jackie Chan starring in the role of Passpartout, British comedian Steve Coogan as Phileas Fogg, Jim Broadbent as Lord Kelvin, Belgian actress Cécile de France in the role of Monique and Oscar-winner Kathy Bates as Queen Victoria, the film will be star-studded.

Officials in Berlin are hoping the €100 million ($114 million) film -- being produced jointly by Walden Media and Studio Babelsberg Motion Pictures -- will help spur the local film industry. The fabled Babelsberg Studios, meanwhile, is hoping "Around the World" will be its rescue. Already, more than 6,000 locals have been hired as extras for the film and both Film Board Berlin-Brandenburg and the Mitteldeutsche Medien Förderung have pumped subsidies into the production. 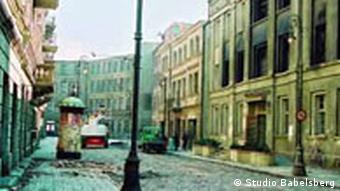 Babelsberg Studios (where, as the sign on the studio's gates declares, "Marlene Dietrich crossed her lovely legs") was legendary in the 1920s. Fritz Lang's "Metropolis" was filmed there as well as the 1930 Dietrich classic "The Blue Angel."

After the fall of the Berlin Wall, the studio -- which fell into disrepair under communist rule in the former East Germany -- was sold by the German government for $67 million to Compagnie Generale des Eaux, now Vivendi Universal.

Over the next decade, the company, with the aid of government subsidies, pumped a half-billion euros into renovating the studio, which is now considered a first-class filmmaking facility. The company even hired star German director Völker Schlöndorff, who made the critically acclaimed film "The Tin Drum," to run it for a time. Today, companies as varied as the public broadcaster ORF and TVFilmstudios are based there.

Despite those efforts, the studio under Vivendi initially failed to attract Hollywood-level projects. More recently, however, Roman Polanski filmed his Oscar-winning "The Pianist" at Babelsberg, and the Battle of Stalingrad epic "Enemy at the Gates," starring Jude Law and Ed Harris, was also made there.

A sea of red ink 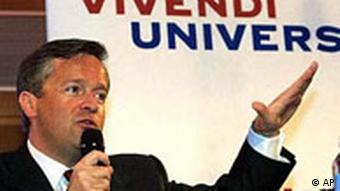 Yet despite the recent boost in high-profile projects, the studio has had a difficult history under Vivendi.

The company has been scaling back its once ambitious Babelsberg plans for a number of years now. Prior to its sale in 1992 -- when it was still operated as DEFA Studios, fully financed by the government in a structure stemming from the days of East German communist rule -- more than 2,400 workers were employed at Babelsberg. Now, there are about 178 working for the actual studio, but as many as 2,000 work for firms that have sprung up in the media center around the studio.

Though Babelsberg has enjoyed some successful years -- including 2001 when it brought in €33 million in revenues and produced six major films -- it has never turned a profit under Vivendi.

A second wind for Berlin?

The hope is that "Around the World in Eighty Days" and other big-name productions will draw other filmmakers and studios to the city. "Obviously, the studio is not Vivendi's biggest priority at the moment and we, like the rest of the worldwide media industry are experiencing bad times," Babelsberg's press spokesman, Felix Neunzerling told DW-WORLD. "We had a difficult year last year. . . But getting big projects like The Pianist and Around the World in Eighty Days is something that the management here is working hard to achieve."

Bernd Schiphorst, media representative for the states of Berlin and Brandenburg, is quick to point out the advantages of filming in Berlin.

"It is cheaper than in the USA and England -- especially in times where all the studios are suffering at the hands of heavy pricing competition," he said. But one mega-budget flick won't be enough to secure Babelsberg's long-term future. "The studios need to continue attracting these big projects," Schiphorst said.

"This is why it's marvelous for Babelsberg, to be able to say they have a big budget Hollywood production. But it could be that it's a very expensive straight to video affair... Jackie Chan is not the kind of star who can carry a film outside his own fan club," the observer continued.

Babelsberg's Neunzerling, however, notes that every motion picture Chan has starred in during the past 20 years has made its debut in a theater. Nor is the studio relying entirely on Chan's star power -- the cast of "Around the World in Eighty Days" also includes stars popular with other demographic groups including de France, winner of a César, France's equivalent to the Oscar, and a bit part played by Johnny Knoxville, who caters to a younger audience that knows him from MTV's popular "Jackass" series.

Babelsberg's future is also at the mercy of Vivendi, which itself is in financial dire straits. Vivendi posted the biggest losses in French corporate history in March this year, when it announced it went €23.3 billion into the red in 2002. Last week, amid rumors that the firm would be soon cutting its Hollywood ties, Vivendi also announced it would be selling its Vivendi Universal Entertainment businesses, which include film and television studios, a record label and a computer games arm.

Although Vivendi's divestiture of Universal does not mean the immediate end for Babelsberg, which is owned by a separate Vivendi daughter company, Vivendi Deutschland, speculation is rife as to when the axe will fall in Potsdam. Last year, Schlöndorff was quoted in the German press saying the end of Babelsberg's life under Vivendi was nigh.

But the adoring crowds who gathered to watch Chan's antics on Berlin's Gendarmenmarkt yesterday were simply interested in the magic of the movies taking place in front of them. Above the constant calls of "Jackie! Jackie! Jackie!," many were thrilled by the filming going on in Berlin. "It's like a big party," one onlooker said. "It's wonderful."