As part of the internationally renowned indie pop duo Stereo Total, the French singer was a Berlin icon. She has died of cancer at the age of 57. 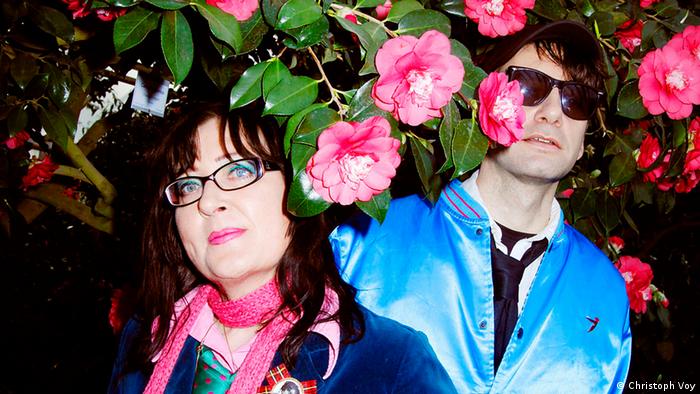 Musician and author Francoise Cactus, best known for her band Stereo Total, has died from cancer on Wednesday at the age of 57.

"She had this free attitude, she was a completely free artist," tour manager Alexandre Lemieux told DW, "and that made her the ultimate Berlin artist."

Born Francoise Van Hove in France in 1964, she moved to then West Berlin in 1985 and took on the stage name Francoise Cactus as part of the garage band the Lolitas. It was one of the few groups from West Germany to be allowed to play official gigs in East Berlin before the fall of the Wall.

At the beginning of the 1990s, she met the German experimental musician Brezel Göring, who was behind a project called the Sigmund Freud Experience. They became a couple and started the lo-fi pop group Stereo Total.

At the time, Berlin was immersed in techno and grunge. The duo went against the mainstream grain with their kitsch-inspired garage-electro-pop sound, created with old school keyboards and cheap gadgets and featuring Cactus's trademark French accent. 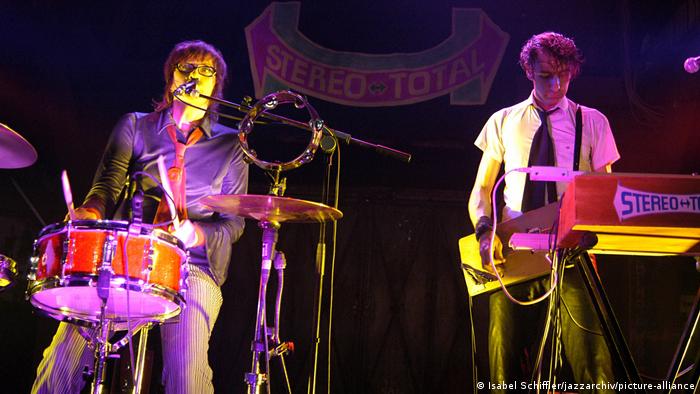 She sang and played the drums: Francoise Cactus

According to their website, Stereo Total soaked up the atmosphere of change of 1990s Berlin, where people in the former eastern part of the city "were throwing away everything that reminded them of their former life in the GDR: records, books, clothes, furniture," and that inspired them to use "instruments that nobody wanted and were influenced by old music nobody cared about."

The duo initially worked with a series of strict rules that contributed to their unique style, including: "No instrument should cost more than 50,- Deutschmark" (the equivalent of €25, or $30, today); "Virtuosity should be avoided," "Lyrics in all kinds of languages – besides English" and "Stylistical influences from the vinyl section of the flea market." Those rules, however, were all "overthrown at least once in the following years," they added on their website.

Their debut album, Oh Ah!, was released in 1995, and was followed by a steady series of records. Stereo Total then gained steam on the international scene with their fifth album from 2001, Musique Automatique.

During the decade that followed, the band toured non-stop around the world. "That was their peak era," Stereo Total tour manager Alexandre Lemieux told DW. Among others, they then performed as the opening act of big names including The Strokes and the Beastie Boys, but they were also associated with an increasingly popular Germany-based indie electro-pop scene, alongside bands such as Peaches and Chicks on Speed.

At the time, Lemieux was a fan of the band and had contacted their US agent to get them to play a gig in his home town of Montreal. He became the promoter of that initial Montreal concert, which not only launched his own career in the music industry, but marked the beginning of his friendship with the duo. "Francoise was a true force of nature, an icon, a vibrant artist but most of all a loving friend," he wrote in tribute to the musician.

Living in Berlin allowed Cactus to see the world "as a permanent tourist," she once told Berlin magazine Exberliner. "I play a lot with with French clichés. In France, I probably never would have done that."

A well-known example of this approach was the hit song "L'amour à trois," first released in 2001. With cheeky lyrics celebrating the ménage à trois, the single was later released in at least six different languages, including as "Liebe zu Dritt" in German and "Love With the 3 of Us." The song was also used in commercials and in films around the world.

Stereo Total's influences were countless, and they also openly paid tribute to other artists, such as with this cover of another Berlin icon, David Bowie's "Heroes."

Despite her illness, Cactus was active until her death. She was, among others, the host of a monthly radio show, "Die Sendung," on Berlin radio station RBB, where she featured a selection of songs from vinyl albums.

Her last show was on January 26; the next episode, planned for February 23, will be hosted by her partner, Brezel Göring — an opportunity to pay tribute to the late artist.

And the Golden Choir: Indie pop from Berlin

Indie pop project And the Golden Choir is a choir with only one member. Musician Tobias Siebert shows us how that works live at the Eurosonic Noorderslag festival in the Netherlands.