Berlin startup fashion label: It′s all in the bag | Business| Economy and finance news from a German perspective | DW | 06.06.2019

Berlin startup fashion label: It's all in the bag

A couple of years ago, a Berlin-based entrepreneur took a risky decision of starting yet another fashion label in a crowded market and focusing on bags and backpacks. His Indian partner has helped his business thrive. 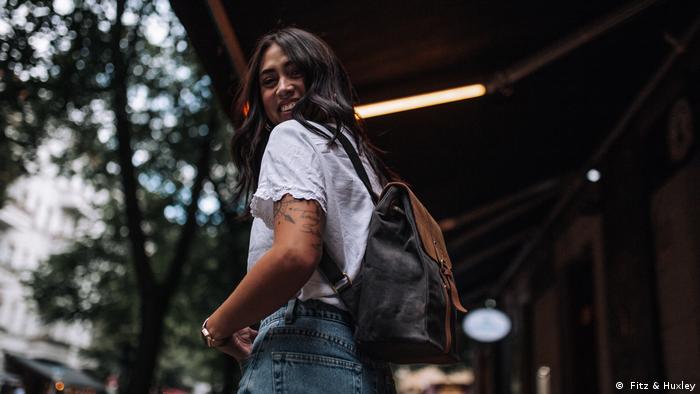 Lars Messmann is the founder and managing director of Fitz & Huxley, a Berlin startup rocking the European fashion scene with "traditional bags for urban adventure," as it says on its web portal.

Launched back in 2015, the firm saw its first batch of products swiftly sold out in March 2016. Messmann had rightly figured there'd be a demand for backpacks and bags that weren't either stylish or functional, but combined both properties.

He used the contacts he had established during an earlier trip to India as a student to get in touch with a family-owned textile business in Calcutta, now his trusted partner in producing bags made of natural materials such as canvas and leather, and made predominantly by hand.

DW spoke to Lars Messmann to find out more about his "Made in India" bags.

DW: There are thousands of different backpacks and bags on the market already. Adding even more doesn't look like a brilliant business idea at first glance. So what was on your mind when you called Fitz & Huxley into being?

Lars Messmann: There are indeed all sorts of backpacks that you can buy on every corner, but I personally thought that one specific kind of bag was not really out there in abundance. There's the classic sports backpack in all conceivable versions, and then there were two renowned companies making stylish backpacks and bags — as I said, just two of them; so I thought there could still be some room for me around.

Our products stand out through the choice of natural materials, especially high-quality canvas and leather, and their minimalistic design.

Why did you pick a partner in as far away a country as India to get production off the ground?

Of course, nowadays you could simply go and look for a suitable partner on internet platforms. But it so happened that I had an internship in India and worked there for a while, enabling me to establish many contacts, which years later helped me to find my current production site. 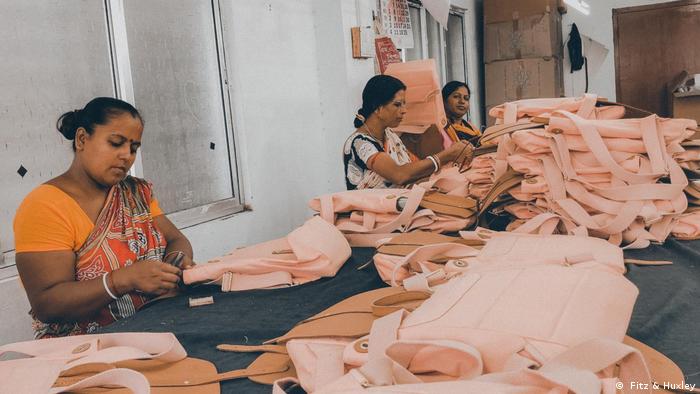 You have to have a lot of trust in the beginning; otherwise you can't get anything off the ground. And you have to be willing to invest some money, obviously. To cut a long story short, I did have faith and was convinced of the quality of the materials to be used. I'd seen some samples upfront, and I was really pleased.

Was cheaper labor the decisive argument for your choice?

I think global division of labor is crucial in turning a business into a success nowadays. If I were to produce the same backpacks in Germany, only few people could afford them or would be willing to buy them, but that would run counter to our credo that urban adventure should be accessible to all.

We're talking about products that are almost 100% handmade. There's the labor costs advantage, but that's not the only aspect to consider when it comes to India. I picked a country where people still have the know-how required to make such products by hand. I don't think I would have been able to find suitable employees for that in Germany, simply because the skills have gone missing.

What deal do Indian employees working for you get in the end?

It was clear right from the start that you have to act responsibly in dealing with employees who are most likely not as protected by labor laws as people here in Germany. We've seen to it that our Indian employees can work in a safe building and can all sit at the workplace instead of having to sit on the floor as is still sometimes the case in India. 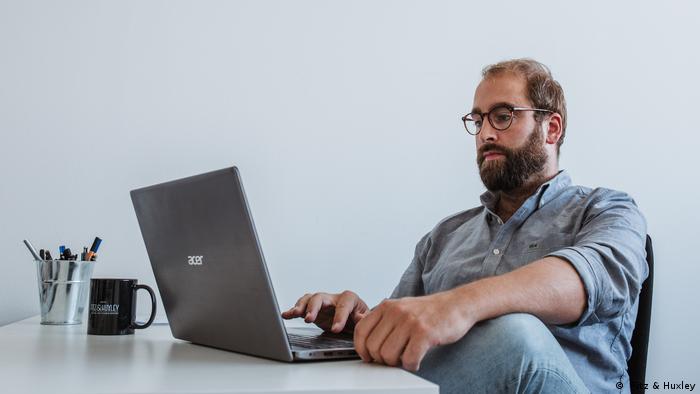 We've installed a good air conditioning system, and the rooms are fully lit, with the work processes being managed professionally by our partner on the ground. Needless to say, child labor is strictly prohibited, also across the whole supply chain, with checks being carried out regularly.

People have fixed incomes, for them the years of being day laborers are finally over and their lives have become more plannable as they do no longer depend on sporadic orders coming in.

The biggest part of Fitz & Huxley's team is now based in India — between 70 and 80 people — while another 20 are in Germany.

What sort of challenges have you been facing in the production process in India? What's different from what you encounter in your home country?

It's never been plain sailing. Just think of the infrastructure problems you're bound to encounter in India. It happens that we reorder canvas, but it gets stuck on the way and no one really knows why; you just have to be patient.

Another problem is to get the high-quality materials we need in sufficient quantities. But the situation has meanwhile stabilized and doesn't cause a headache. The monsoon period can be stressful in as much as people living further away from the factory can't make it there because of the teaming rain, sometimes causing production standstills. 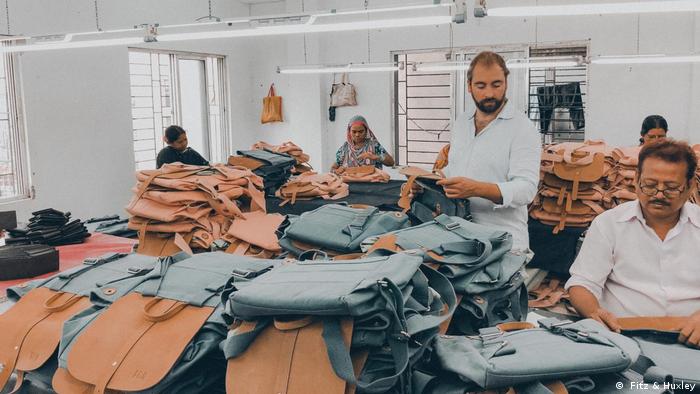 Backpacks made in India, but not sold in India — but that might change in the future

Why is it that you don't sell any of your bags in India itself?

We sell our products in Germany, Austria, Switzerland, France and the Netherlands, but not in India. I know how to sell to European customers, but I don't really understand much about the Indian consumer market.

In other words, we haven't yet tried selling our bags in India, but that may come at a later stage, who knows? Doing things in the right order has been crucial for us. We won't rush things. After all, in India we'd also need a network of retail and mail-order partners. That would be quite a challenge, and for the time being the idea seems like biting off more than we can chew.

Of course, we also intend to expand further, but in a moderate way. Let's not pump a lot of money into something without being able to keep up operations in a sustainable way thereafter.

You've mentioned the advantage of a moderate expansion policy. Your revenue growth is anything but moderate, though, isn't it?

That's true. Within the first year of operation, we were able to increase our revenues by 1,000%, and revenues have gone up steadily ever since without resorting to outside investors.