Berlin Rocks to the Sound Of Echoes

Some of the world's biggest music stars were in Berlin on Saturday night for the German music industry's 2005 Echo awards, though young German talent ruled the day. 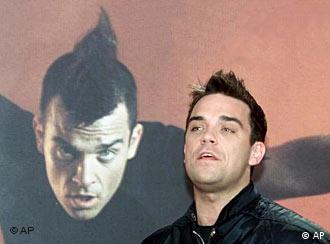 Robbie Williams picked up his fourth Echo at the 2005 awards

It was the year of Robbie Williams -- again. The German music industry once more gave the ex-Take That singer the prize for the best male in the pop/rock category of the 2005 Echo awards, held in Berlin on Saturday night.

The British star was picking up the award for the fourth year running but, unlike previous years, Robbie was not in town personally to accept the accolade, even though the event's organizer's had tried to tempt him to Germany by kitting out the VIP lounge with a Playstation console, a favorite of the singer.

Williams beat the likes of Phil Collins, George Michael, Seal and Usher for the Echo, which is seen as the world's most important music industry prize after the Grammys and Brits. 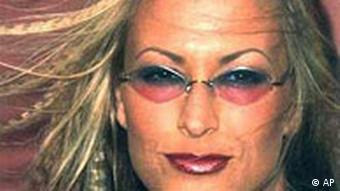 "It's been a dream year for me," said Anastacia, 31, a major star in Germany where she sold more than a million albums in 2004. The singer won her first Echo four years ago and has since had many ups and downs, including successful treatment for breast cancer.

Anastacia and fellow pop diva Mariah Carey were among the 14 international and German acts performing during the nationally broadcasted ceremony.

Her award and live appearance also gave Anastacia the opportunity to dismiss claims made by a German rival that she and Carey hated each other and wanted promises their paths wouldn't cross in Berlin. "Mariah rocks -- get over it, people," Anastacia told the crowd after picking up her gong.

Young German artists made a strong showing this year with German singer Annett Louisan winning the award for the best national artist while best national group went to the musical collective Söhne Mannheims. German band Silbermond picked up the award for best newcomer. 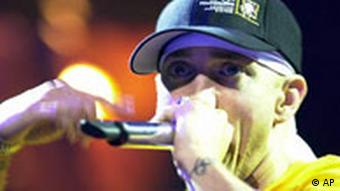 Robbie Williams wasn't the only star unable to make it to Berlin to collect an Echo. One of the most anticipated appearances was due to be rap superstar Eminem, who won the Echo award for best international hip hop artist, but the man also known as Slim Shady couldn't make it, preferring to deliver a dry acceptance speech via a videotaped message from the United States.

"Thanks for this," he said, staring at the sleek one-meter high Echo trophy. "But it's kind of long and I think I'm going to have to cut off the top so it fits on my shelf."

Nominations for the awards were based on sales in Germany, the world's fourth largest music market behind the United States, Japan and Britain with annual sales of 1.7 billion euros ($2.1 billion). A jury then picked the winners in 26 categories.

Even though the German industry has seen sales tumble by more than 40 percent since 1997 due to Internet piracy that has hit the industry worldwide, the surging popularity of German recording artists are taking a bigger share of the home market.

German albums took a record 30 percent share in 2004 and the rising demand helped prop up the home market, where overall sales fell just 3.6 percent after steeper drops in prior years.

The Capital of Pop

Popkomm is the world's largest music and entertainment industry trade fair and, for the first time, it's being held in Berlin. This special dossier contains reports from the capital of pop.

Veteran German musician Herbert Grönemeyer scooped up the top prize at the Echo Music Awards this weekend. It’s triumph over tragedy for the artist who lost both his wife and brother to cancer. (Feb. 20, 2003)

Not long ago the world wouldn't have blinked when the German music industry handed out its Echo awards. But with stars like Anastacia and Pink gracing the stage, international audiences are starting to tune in to Berlin. (March 7, 2004)