Most of us hardly ever wonder where our electricity comes from. Our author did and learned a few things about his neighborhood power plant. 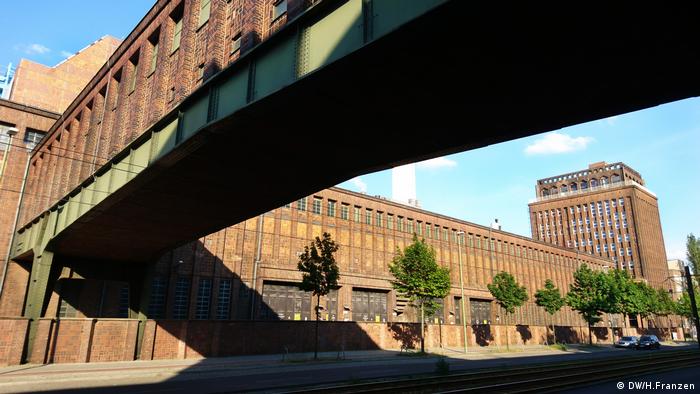 Sometime last year, my family and I left the bustling central Berlin district of Kreuzberg with its cafes, bars, pollution and traffic mayhem in search of a greener and quieter life. We found it in a residential area with tree-lined streets and children biking on empty sidewalks, where the forest is only a stone's throw away.

What separates us, geographically, from the more crowded center of Berlin now is a massive power plant, the "Heizkraftwerk Klingenberg." When we sit on our balcony in the evening, we see its chimneys in the distance. When we pass it on our way into the city, we marvel at its enormity and beautiful industrial red-brick architecture. I'm not exaggerating here: as it turns out, the administrative buildings of the power plant that line the street date back to the 1920s and are even landmark protected.

It took me quite a while but on a particularly clear cold winter's day, as I watched an impressive plume of smoke rise from the chimneys and float in our direction I wondered for the first time what they actually burn over there, to keep our lights on.

As it turns out, they burn coal and have done so for almost a century. To make things worse, they switched from black coal to lignite during the GDR-era, which means they now pump even more CO2 into the atmosphere to generate the same amount of electricity.

On the upside, they also turned the facility into a combined heat and power (CHP) plant during that era. So instead of producing just electricity and pumping the heat the plant produces out into the air or the water of the nearby river Spree, they use the heat to keep Berliners warm in the winter. Well over a million people in Berlin enjoy cosy apartments thanks to this so-called district heating or teleheating and it improves the facility's energy efficiency significantly. Sadly, a traditional fossil fuel burning power plant only turns about 33 percent of the heat it generates into electricity, the rest is lost.

So the plant is more efficient than it could be but that doesn't change the fact that it still burns lignite - for now. A bit of research has revealed that Vattenfall, the company, which runs my local power plant, plans on switching to natural gas as early as May 2017. This will save 600,000 tons of CO2 emissions a year.

Berlin may not be as green as it could be and our power plant still burns fossil fuels but at least it's moving in the right direction. The city wants to be carbon neutral by 2050 and I really hope we pull it off. Either way, my local power plant will close shop completely by 2025, leaving us with some beautiful red-brick architecture and hopefully an even greener city.

When the world's largest emitter set an ambitious 2060 carbon neutrality target at the UN in September, it set off a chorus of hope that global heating might be kept below catastrophic levels.