Berlin has called on the US ambassador to explain allegations that Washington spied on a parliamentary committee investigating NSA surveillance in Germany. A double agent reportedly sold the US sensitive documents. 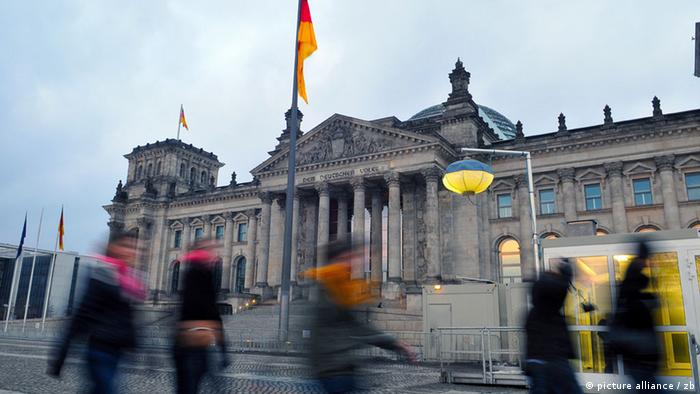 On Friday, the German Foreign Ministry called on US Ambassador John Emerson to cooperate with the investigation into allegations that a double agent had spied on the Bundestag for Washington.

Germany's top prosecutor, Harald Range, confirmed that a 31-year-old intelligence agent had been detained on Wednesday on suspicion of espionage.

The suspect was a midlevel agent with the foreign intelligence agency, known by its German initialism, BND. He had been active as a double for two years, according to the daily Bild newspaper, citing security sources.

According to German media, an employee of Germany's foreign intelligence agency has been arrested on suspicion of spying for the United States. Intelligence expert Schmidt-Eenboom tells DW why this case is outrageous. (04.07.2014)

Bild reported that the agent sold 218 sensitive documents to an unspecified US intelligence agency for 25,000 euros ($33,000). At least three of the documents were from the parliamentary committee investigating the National Security Agency's surveillance operations in Germany. He reportedly obtained his orders directly from the the US embassy.

"Spying for foreign intelligence agencies is not something that we take lightly," German government spokesman Steffen Seibert said.

The public broadcasters WDR and NDR, as well as the daily Süddeutsche Zeitung, reported that the agent was detained under suspicion for allegedly having contacts with Russia. But during questioning, he admitted that he had delivered information to the US.

Chancellor Angela Merkel was informed of the affair on Thursday. She spoke with US President Barack Obama that evening, but it's unclear whether or not the German double agent was a subject of their conversation.

The center-left Social Democrats (SPD) have requested a special meeting of the parliamentary committee that oversees Germany's intelligence agencies. They called on the government to explain how it plans to secure the BND from security breaches.

The SPD is the junior member of Merkel's coalition government.

"It would be an unheard of attack on the freedom of parliament and our democratic institutions in general," said Thomas Oppermann, the SPD's parliamentary chief. "The US now has an obligation to clarify what happened."

Last year, Der Spiegel news magazine reported that the NSA had tapped Merkel's cell phone and conducted widespread surveillance of German citizens. The reporting was based on revelations by the NSA contractor-turned-whistleblower Edward Snowden.

In March, the German parliament established a committee to investigate the extent of NSA operations in Germany. The country's security agencies have long been concerned that foreign intelligence agencies would try to spy on the committee.

Committe chairman Patrick Sensburg told Reuters news agency that all members communicate with each other using secure cell phones and have safes in their offices to store sensitive documents.