The Christian Democrats in Berlin are calling for a special commissioner for loneliness as isolation plagues the metropolis. The loneliness epidemic is having serious effects on health and society in the German capital. 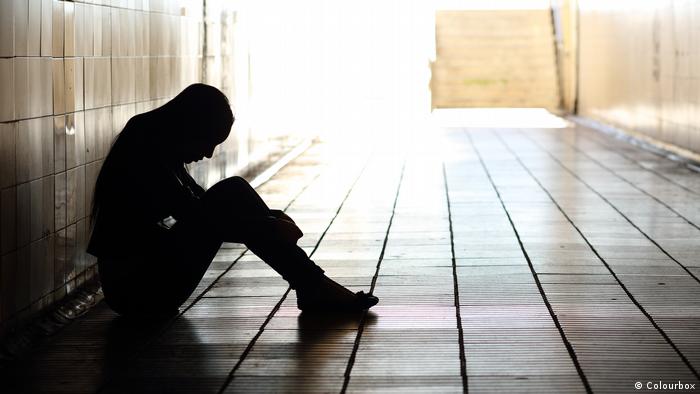 One out of every two households in Berlin has only one person. There are chitchat hotlines for the elderly, professionally organized cuddle parties, and self-help Facebook groups. Now, the Berlin branch of Chancellor Angela Merkel's Christian Democrats (CDU), wants the capital to have an official commissioner for loneliness.

"It takes a full-time employee to coordinate everything," said CDU spokesman Maik Penn, explaining that volunteer work was not enough to combat the city's loneliness problem.

"Berlin, as a growing metropolis of millions, needs to take this step," he told local public broadcaster rbb.

Penn told DW that the need to tackle loneliness in the city goes beyond party politics. "I hope that we can do something here for lonely people across all parties because it is an issue for the young and old, the poor and rich. It can happen to anyone..."

Alone in a city of 3.6 million

According to a 2018 report from Berlin daily Tagesspiegel, last year saw 1,300 engaged in volunteer work combating loneliness. This may sound like a lot, but the city has 3.6 million inhabitants and that number is growing every year.

That same report found that at least 300 people a year pass away in their apartments unnoticed, sometimes for weeks. It's no wonder Berlin has earned the nickname "the capital of loneliness" in the press and on social media.

A survey carried out by the federal government in May found that from 2011 to 2017, the number of Germans between the ages of 45 and 84 who reported that they sometimes felt very lonely jumped by 15%. In some age groups, that number jumped by 59%, and one in four teenagers reported at least occasional feelings of lonesomeness.

A global epidemic for all ages, races, and genders

The isolation epidemic is, however, hardly a German phenomenon. The UK already has a minister of loneliness, appointed in 2018 after a study found that 9 million Brits felt alone.

At the time, Mark Robinson, the head of the non-profit Age UK, said loneliness has been "proven to be worse for health than smoking 15 cigarettes a day, and needn't be a factor in older people's lives."

However, increased isolation is an issue that cuts across age, gender, and racial lines.

Penn in Berlin has pointed to the UK as a good example to follow. He told DW: "Great Britain is showing the way: a ministry was set up on the basis of corresponding scientific findings, which specifically focuses on the problem of human loneliness and isolation."

A comprehensive study conducted by the US research firm Ipsos found that the loneliest people in the United States came from Generation Z, the group born in the late '90s and early 2000s.

"Nearly half of Americans (46%) report sometimes or always feeling alone," the study, carried out for health insurance company Cigna, found. "Generation Z had the highest loneliness score, and the Greatest Generation (adults aged 72+) are the least lonely."

Nor is solitude merely a Western problem. In Japan, hostess cafes, where young men pay to talk and sometimes cuddle with women, go on walks or pretend dates, have been common for decades, and the number of host cafes — where women go to talk to men — is increasing. In China, the one-child policy has wreaked such havoc on gender balance that there are rising reports of human traffickers kidnapping women from neighboring countries like Myanmar to provide "brides" for lonely young men.

The Cigna study also found that loneliness is detrimental to one's career, leading to lower wages and fewer promotions due to, amongst other factors, less collaboration with colleagues.

Many are keen to point to the trappings of modern life such as social media, streaming video, and video games as the cause of the loneliness epidemic, but researchers have warned that there are deeper causes. The Cigna study says that "levels of in-person interactions, physical and mental wellness, and life balance are more likely to predict loneliness than social media usage."

Loneliness - A talk with the expert

Loneliness - A talk with the expert

It has been hard to pinpoint specific causes for the crisis, but scientists from Psychology Today have said that the increasing number of people living alone, as in the case of Berlin, is one of many factors — although that certainly does not preclude people who do live with others from feeling social isolation.

One possible solution suggested by the Cigna study falls to business leaders, suggesting that if teamwork and engagement are promoted in the workplace, it can lead to some of the basic interactions, like talking, making eye contact, and being in close physical proximity to others, that lonely people lack.

Berlin's CDU is planning to spend €100,000 ($111,200) a year to fund projects to combat social isolation, according to rbb. Until a further plan is developed and approved by the Berlin state Senate, psychologists recommend those who suffer from feelings of loneliness to engage, in however small a way, with people in their immediate vicinity such as neighbors, coworkers, supermarket cashiers, etc., to spend time outdoors, and to find group activities in their area, or to speak with a doctor if the feelings are extreme.