Berlin AG wants to get rid of fines for fare evaders

In Berlin, traveling without a ticket could cost you €60 and even land you in jail. However, Berlin's Attorney General Margarete Koppers has said she wants to "completely abolish" fines for fare dodgers. 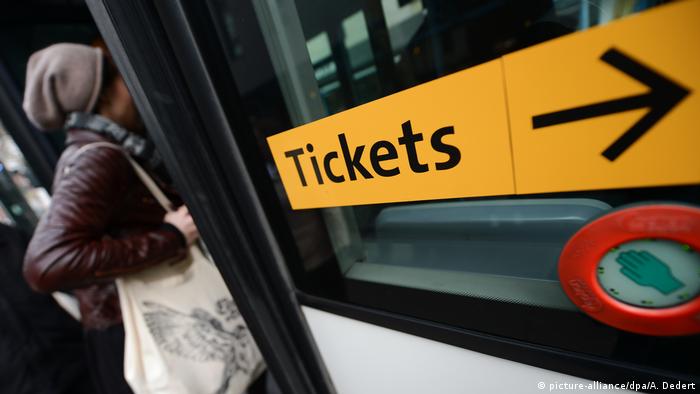 Authorities in Berlin view fare dodging as a criminal offense punishable by a €60 ($68.6) fine. Local police filed 12,000 complaints over the issue in 2017 and more than 300 people are imprisoned every year for not being able or willing to pay the fines.

The left-leaning mayor and other top officials have recently called for less drastic regulations, with some proposing to downgrade fare dodging to a mere administrative offense. Now, the Berlin attorney general wants to go a step further and "completely abolish" the crime of fare dodging.

Koppers is one of the most senior judiciary officials in Berlin, a 3.6-million-strong city which is also considered one of Germany's 16 federal states. Talking to the local daily, Koppers said downgrading the offense would pose "no relief for the judiciary."

"The prosecution would still need to deal with the proceedings," Koppers said. "And the police would need to take regulatory measures, so they would also not cut their workload."

Koppers called for a public debate on the issue.

The latest data shows that fare dodging is at its lowest level in ten years. Controllers working for the public transport company BVG found some 3.14 percent of passengers were riding without a ticket between January and September of 2018. During the same timeframe, the separate company running local trains found 2.59 percent passengers were fare dodgers, according to Berliner Morgenpost.

"Legalizing fare dodging would mean a serious perversion of our legal system," senior conservative deputy Sven Rissmann said. "Why would anyone still be buying tickets?"

In Germany, fare dodging is defined as "avoiding of dues" under the nation's criminal law. Changing the law would require an intervention from the federal level, according to the Focus magazine.