The division of Berlin until the fall of the Wall in 1989 meant that many things in the city were doubled: two zoos, two television towers, two main avenues. To the delight of tourists, they are still there today! 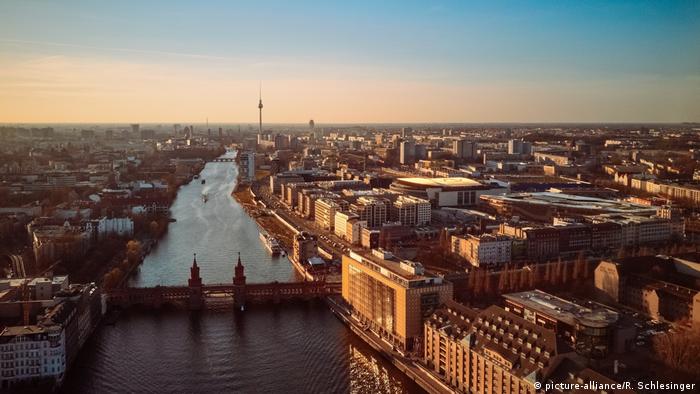 Border River Spree: Kreuzberg in the former western part of Berlin (left) and Friedrichshain in the east

In 2019 many traces of German separation, which determined life in the eastern and western parts of the city until the fall of the Berlin Wall in 1989, can still be found in Berlin. But it's not just the few original remnants of the Wall that remind us of the Cold War era. Landmarks, sports facilities and stages are marked by the competition between East and West. And there are many things that you can still find two of. For example the airports: Berlin Tegel in the former West Berlin and Berlin Schönefeld, the former East German airport of the city.

Today, some 35 million (2018) travelers land in the city at both airports every year. However, airplanes are not the only way to see the German capital from above. One of Berlin's landmarks also offers such a view: the television tower at Alexanderplatz. It was officially opened in 1969. Built by East Germany as a symbol of the superiority of socialism over the capitalist West, at 368 meters (1,207 ft) it is the tallest building in Germany — and one of the city's most popular tourist attractions.

The iconic Berlin TV tower is 50!

The iconic Berlin TV tower is 50!

Its counterpart in the west of Berlin is the much smaller Berlin radio tower, at 147 meters, which attracts far fewer visitors. It was constructed back in 1926, and from 1929 the first television test programs were broadcast from here. Even though both towers differ greatly in their appearance, they have one thing in common: Those who look down from their viewing platforms today look down on the reunited city. What's special about the united metropolis: Their centers each have their own unique character, the City East and City West. 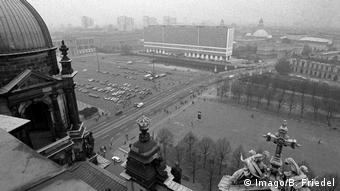 View from Berlin Cathedral to the Schlossplatz: the city centre of East Berlin in 1990

After the end of the Second World War in 1945, Berlin was divided into four sectors. West Berlin was controlled by the Americans, British and French. East Berlin was part of the Soviet sector. Today popular districts for tourists here are Mitte, Prenzlauer Berg and Friedrichshain; in the former west they include Charlottenburg, Tiergarten and Kreuzberg.

The main boulevards of today's city centers, the City East and City West, could not be more different. Berlin's oldest magnificent shopping mile Unter den Linden is lined by historic buildings such as the Berlin Cathedral and the State Opera House, and the central tree-lined avenue leads from the east to the Brandenburg Gate. Much has changed here since German reunification: Where once East German government buildings and the embassy of the Soviet Union shaped the street, today restaurants and shops attract tourists. 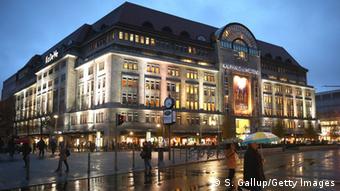 A must for shopping tourists: the Department Store of the West (Kaufhaus des Westens) — KaDeWe for short

The Kurfürstendamm in Charlottenburg-Wilmersdorf, also called Ku'damm, is the boulevard of the west. During the Cold War it was the showcase for economic growth, and on the night of the fall of the Berlin Wall many East German citizens first flocked to the Ku'damm. After reunification, it was somewhat forgotten, but today it is once again an exclusive shopping area. Fashion labels from Zara to Chanel, chic cafés and the KaDeWe department store on Tauentzienstrasse make it a tourist hotspot. 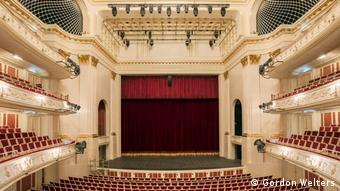 Better sound: Since 2017, the Staatsoper has been equipped with new technology and better acoustics

From 1961, the Berlin Wall also divided the city's art scene. From 1742, the Staatsoper was the royal center for music and dance in the German capital. After the Berlin Wall was erected, Western artists were not allowed to perform here. Whereas East Berlin was thus missing half of its artists, West Berlin did not have its own opera house after the Second World War. It was not until the year the Wall was built in 1961 that the new Deutsche Oper in Charlottenburg was opened — on the same site where the Deutsche Oper, which was destroyed in 1943, stood.

In addition to these double opera houses, other music theaters were founded in Berlin East and West. As a result of the ensembles in East and West that were formed during the division, the city now offers a varied, double stage programme. Since the fall of the Berlin Wall, reunited Berlin has been dancing, playing and making music on three major opera stages: the Staatsoper Unter den Linden, the Deutsche Oper and the Komische Oper. 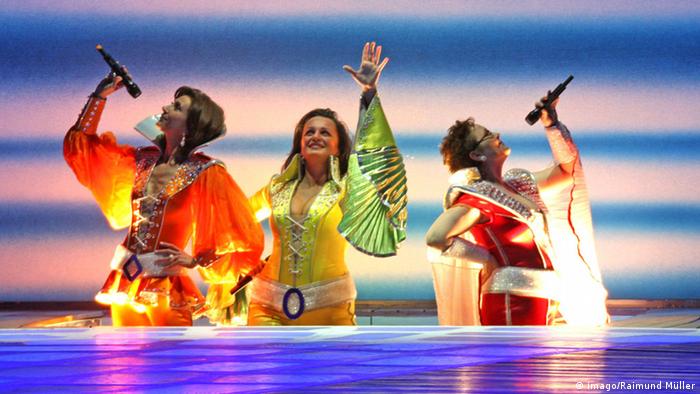 A long-running hit since 2007: the Abba musical "Mamma Mia" in the Theater des Westens 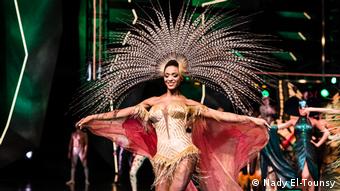 The headdress for the 35th anniversary show "Vivid" was created by hat designer Philip Treacy, who also worked for Lady Gaga and Madonna

The Friedrichstadt-Palast has become an icon for European revue theaters. Its history dates back to 1891, when it was still used as a circus and market hall. Jazz and pop musicians from East Germany performed here during the Cold War. At the beginning of the 1980s, the small show stage beat West Berlin's entertainment with a new, spectacular stage technology, for which the Revuetheater is still world-famous today.

The biodiversity of Berlin's two zoos is unique. The Tierpark Berlin opened in 1955 in the East Berlin district of Friedrichsfelde. With a surface area of 160 hectares (395 acres), it is the largest animal park in Europe. Anyone who wants to see its 790 species must therefore enjoy walking a lot.

The wildlife park competed with the older West Berlin Zoo, the Zoological Garden. Opened in 1844, it is the oldest existing zoo in Germany. On an area of 33 hectares, it is home to 1,300 species and, with three million visitors a year, is one of Berlin's most visited sights. 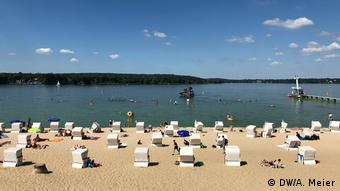 The coast of Berlin: the Wannsee beach resort

"Pack your swimming trunks and let's go to the Wannsee," crooned pop singer Conny Froboess in 1951. With Wannsee beach, West Berlin boasted one of the largest open-air swimming pools in Europe. In West Berlin, enclosed by the Wall, it was also one of the few quickly accessible leisure areas. The Berlin beach resort Müggelsee in East Berlin, on the other hand, became an important sporting venue for East Germany. The World Youth Festival took place here several times. Today, recreational pleasure is the top priority in both resorts.

Today, sporting events take place in Berlin's major sports venues. The Olympic Stadium is Berlin's largest and best-known arena with up to 75,000 seats. Built in 1936 for the Olympic Games, it was located in West Berlin after the partition. It has also become the home of the Hertha BSC soccer team. Fans cheer at the matches played here by the blue team. Blue Herthans, red Unioners — football fans for the West and East clubs dress in different colors. 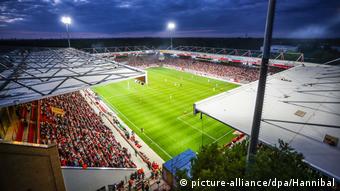 1. FC Union Berlin: home match in the stadium at the Alte Försterei

The red fans of FC Union cheer on their team in Berlin's largest dedicated football stadium: The Alte Försterei in the eastern part of the city has been the home of FC Union and its predecessor clubs since 1920. Most of the 22,000 places are standing areas at the request of the fans. So tourists can visit two very different football stadiums in Berlin.

Even if many of Berlin's double sights are older than the actual partition of the country: They were all shaped by the Cold War. Through them, tourists in the German capital can vividly experience border history. And they get to see and enjoy twice as much.

The construction of the Berlin Wall began on August 13, 1961. One of eight inner-city border crossings was created on Friedrichstrasse. Today, Checkpoint Charlie is a special place of remembrance. (04.11.2019)

A new app sends history fans on a special journey back in time through Berlin, to 200 places associated with historical moments of freedom. We tested the "Path of Freedom" tour. (04.03.2019)