Escaping from one's own four walls for a night is an enticing prospect — especially during the pandemic. Hotels in Brussels have offered packages for COVID-era cuddle buddies seeking a Valentine's Day change of scenery. 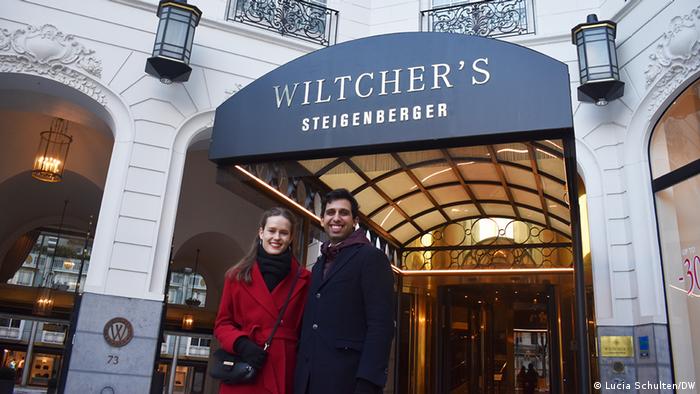 Twenty-three-year-old Daniela and her boyfriend, Irshaad, have been together for a year and a half. They live in Brussels, near the luxury hotel Steigenberger Wiltcher's. Daniela and Irshaad are one of the lucky couples to have managed to book a night there for the Valentine's Day weekend.

"I think it is a really good idea," Daniela said. "Otherwise, we would never had stayed here. It would not have been possible, I guess."

The five-star hotel has offered rooms at a special low price as part of its promotion for "knuffelcontacts" — the Flemish word for cuddle buddies. Half of the days booked out early, said the hotel's manager, Michel Cottray.

Belgians are allowed to come into close unmasked contact with only one person outside of their own households — their designated knuffelcontacts — who could be a close friend, relative or lover.

The Brussels Hotels Association had pitched the idea of getting knuffelcontact couples to overnight. Almost 40 hotels in and around Belgium's capital are taking part in the promotion, offering rooms at one-third of the regular price. The head of the hotel association, Rodolphe van Weyenbergh, sees it as a way of drawing attention to the plight of the hotel industry. "Instead of demonstrating in the streets, hotel operators are inviting guests," he said. 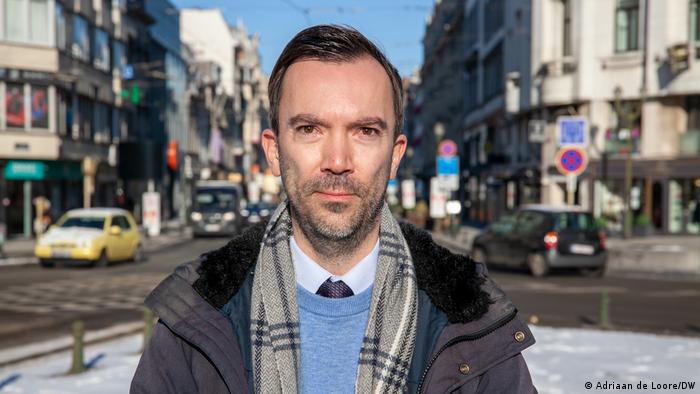 Though Valentine Day's traditions had not had special significance for hotels in Brussels in the past, Cottray said it became "very big" in 2021. He said that had to do with pandemic restrictions and people's desire  to enjoy quality time in good company.

At the moment, Belgians are not allowed to travel abroad for holidays. But school vacations are starting on Monday, so the hoteliers have wanted to come up with a solution. 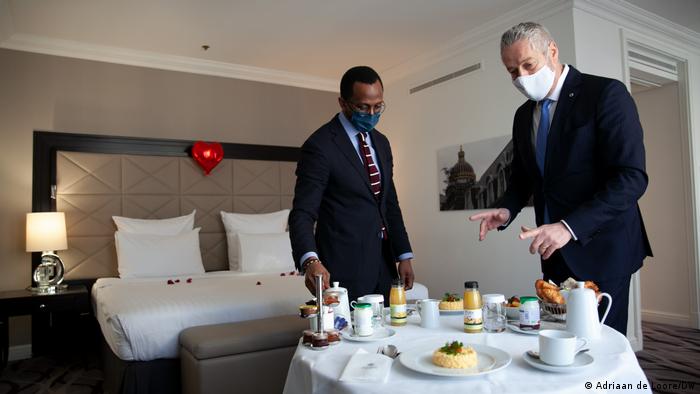 "We are, of course, doing it for the Belgians who are not allowed out of the country, and for the Brussels residents who have perhaps walked past our hotel for the past 20 years and always wanted to stay here sometime," Cottray said.

"For the staff, it is, of course, an immense pleasure to see customers again," Cottray said. "It is very motivating for people who have been at home for weeks or months with reduced working hours."

Improved bookings for just a few days won't rescue the whole hotel sector, van Weyenbergh said. But he hopes that the promotion will bring Belgians to hotels and that their stays will make an impression.

Daniela and Irshaad are also happy to have gotten out of their own house for a while. They feel that it is a "nice coincidence" that the hotel promotion is coming right in time for Valentine's Day.

Kissing seems to be a uniquely human activity but some behavior in the animal kingdom comes pretty close. Here are just a few examples.

Some nicknames may seem odd at first glance, but they are always meant to convey love. Here are some pet names people around the world call their sweethearts.

For most people, depression and anxiety disappear after Covid infection, but others are plagued with severe neurological symptoms for the long term. Are we any closer to knowing why people’s outcomes differ so much?

Experts say that falling in love enhances your well-being. But they stress the importance of watching your heart while doing so, especially for older people with blood vessel blockages or heart attack survivors.