The Russian government said it had arrested two men who were planning to attempt a coup in Belarus and intended to assassinate President Alexander Lukashenko. 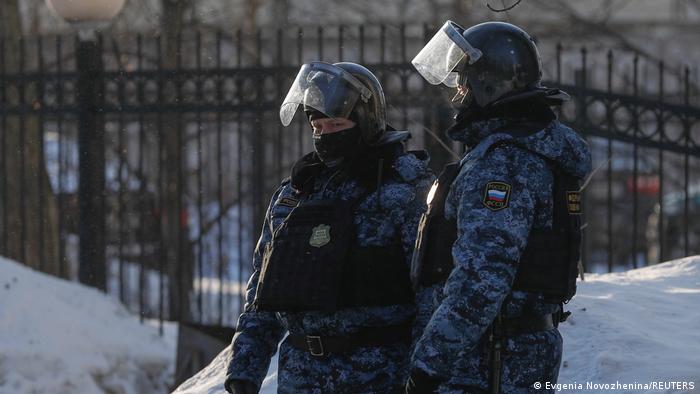 Lukashenko says he believes the US is behind the alleged plot

Russian authorities on Saturday announced they had arrested two men in Moscow for allegedly planning a coup in Belarus. The two Belarusian men, Yuri Zyankovich and Alexander Feduta, were allegedly planning to carry out the coup attempt in Minsk on May 9, a day when Belarus celebrates victory over the Nazis.

Russia's principal security agency, the FSB, said the men sought to carry out an assassination of Belarusian President Alexander Lukashenko. The Russian agency said the two men have been handed over to Belarus.

The FSB claimed the two men were in Moscow to meet with anti-Lukashenko Belarusian generals to discuss the plot.

Who were the suspects?

Lukashenko confirmed the arrests and said he believes the US government is behind the alleged operation. One of the suspects, Zyankovich, also holds American citizenship.

Feduta had gone missing in Moscow earlier this month. He had reportedly arrived in Russia in late March. He previously served as Lukashenko's first press secretary in 1994, before falling out with him the following year. He has since become one of the leading opposition figures to the Belarusian president.

Lukashenko, an ally of Russian President Vladimir Putin, has served as the country's president for the past 27 years. In September, Lukashenko was accused of rigging the presidential election against opposition leader Sviatlana Tsikhanouskaya, a claim he denies.

Could the coup allegations be made up by Russia and Belarus?

Tsikhanouskaya's senior advisor, Franak Viacorka, said on Twitter he believes the arrests of the two men are a "provocation" organized by the secret services of Russia and Belarus.

"There is a high probability that Lukashenko's regime will use this provocation to intensify repressions, isolate the country and make deals that threaten the national interests of Belarus," Viacorka added.

Belarusians have taken to the streets in recent months to protest Lukashenko's government since the September election, with the government in turn cracking down on demonstrators, opposition figures and critical media.