Ukraine denied accusations that one of its helicopters violated Belarus' airspace after Minsk lodged a formal protest. The latest spat comes as tensions in the region continue to grow. 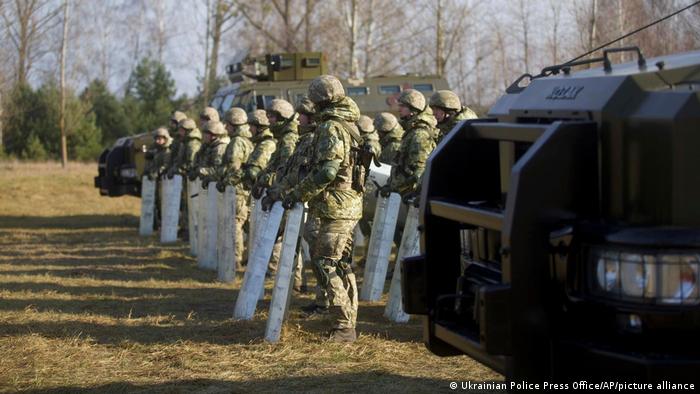 Tensions have soared in recent months on Belarusian borders

Ukrainian defense attache had been summoned to the country's Ministry of Defense over allegations that a Ukrainian helicopter had entered Belarusian airspace, Belarus said on Sunday.

What is happening on the border between Belarus and Ukraine?

Belarus argues Ukraine presents a security threat due to military drills taking place on the border involving 8,000 troops. Ukraine has been on edge over Moscow piling up troops near its borders. Kyiv fears Russia could make use of Belarusian territory to launch an attack.

The Washington Post reported US intelligence believes Russia has put in place 175,000 troops with an eye toward invading Ukraine. Russia has denied it has any plans to accelerate the pace of armed conflict in Ukraine.

A move by the EU Commission to restrict asylum rights at the bloc's external border with Belarus has come in for sharp criticism. Meanwhile, a controversial border protection law has already come into force in Poland.