Beethoven and more podcast #27: The Unfinished

The youth orchestra from the Brazilian slum of Heliopolis performs Schubert's Seventh Symphony, a piece with dimensions that are often overlooked, says conductor Peter Guelke. 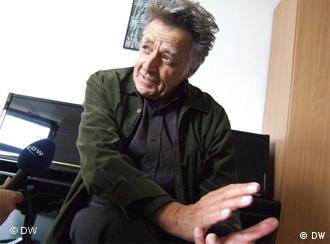 Contrast is the watchword for this symphony performed by the Brazilian orchestra Sinfonica Heliopolis, a work the composer left incomplete.

"The conflict at the center of the piece is between a deeply passionate person and his harsh environment," said conductor Peter Guelke. "But many of us have heard this piece so often that we no longer hear the harshness in it. We think we know it, but we don't."

The theme of passionate resistance to a harsh environment parallels the orchestra's own story. Although many come from disadvantaged backgrounds, the young musicians in Sinfonica Heliopolis receive the financial support necessary to get an education in classical music at the Instituto Baccarelli, founded in 1996 by conductor Silvio Baccarelli.

Following their performance, conductor Guelke introduced two of the horn players to the audience, to thunderous applause. Both less than fifteen years old, the two showed just how young some of the ensemble's members are. But Sinfonica Heliopolis also proves their musical maturity with their rendition of this Schubert symphony.