Beefing up business in Malawi

Entrepreneur Abida Mia and her husband spotted a market opportunity in Malawi when a slaughter house was privatized. They have never looked back. 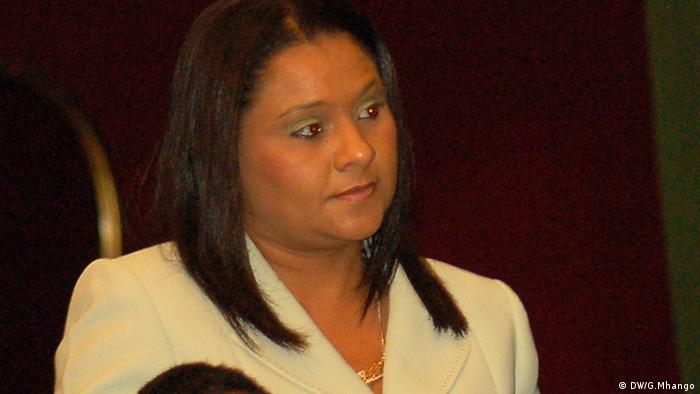 In a country in which business is still male-dominated, 41-year-old Abida Mia is something of an exception. She manages S & A Cold Storage Limited, which is located just a few kilometers away from Kamuzu Stadium in Blantyre, named after Malawi first president Hastings Kamuzu Banda.

Abida Mia's spouse is Muhammad Sidik Mia, a cattle breeder and minister in the cabinet of President Joyce Banda. 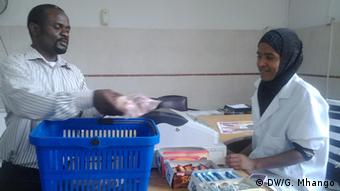 A customer being served with beef products from S & A Cold Storage, Blantyre, Malawi

Abida Mia bought S & A Cold Storage Limited from the government in 2000 when it was privatized. The government thought the slaughterhouse could not be a sustainable enterprise . But the husband and wife team had other ideas and evidently knew instinctively that beef production can be good business.

"It is very viable and farming anywhere in the world is important," said Abida Mia, whose clients include government ministries, hospitals, schools and colleges. UN agencies such as the Food and Agricultural Organization and the World Food Program also buy products from her. They are also on sale in Malawian retail outlets and further afield in Mozambique, Tanzania, Zimbabwe and Zambia.

But expansion is not always easy. "We face a lot of difficulties when we acquire arable land – there is too much red tape," she told DW. She explained she had to get people to understand that she is creating jobs – and manure. "We have to breed a lot of animals," she said. 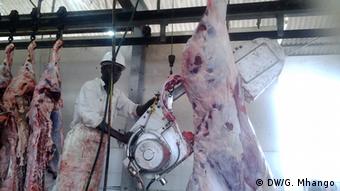 The cattle are killed by electric shock, their carcasses cut into manageably sized pieces and put in plastic bags. S & A Cold Storage employs more than 350 people including Owen Zedi. He explained he had previously worked as a farm administrator but was "transferred here when they (Muhammad Sidik and Abida Mia) bought this S & A Cold Storage and I work as operations manager,"

Would Abida Mia recommend cattle breeding? "It is a profitable business as long as you look after the animals and you have to make sure that firstly, when you receive an animal you have to drench it," she said using the veterinary term for forcing an animal to swallow liquid medicine.

Enter the AfricaLink Listeners' Contest about African entrepreneurs and you could win a valuable prize.

Teenage pregnancies and early marriages are commonplace in Malawi, forcing many teenage girls to drop out of school. Women's groups are now trying turn the situation around and improve girls's access to education. (06.03.2014)

In a bid to benefit from regional voting patterns, Joyce Banda has opted to run in the upcoming elections with a young politician from central Malawi. (14.02.2014)

Malawi's president Joyce Banda has dissolved her cabinet amid claims that officials in her government had misappropriated state funds. A statement from Banda's office said a new Cabinet would be announced in due course. (10.10.2013)