The beating to death of a bus inspector has brought Brussels' public transport system to a standstill. Bus drivers have reportedly demanded greater security measures in response. 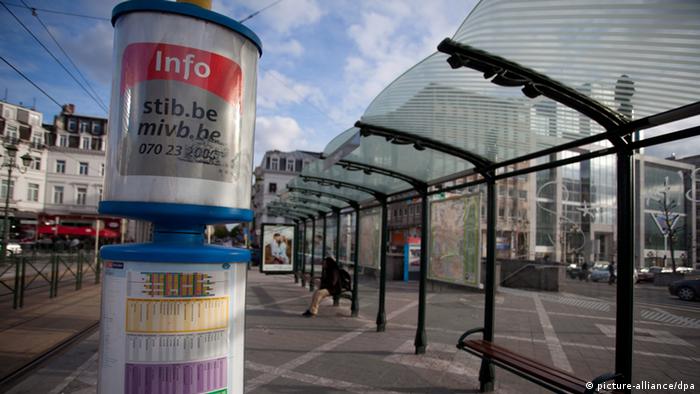 Buses, metro and tram services in Brussels were suspended all day on Saturday following the killing of a bus company employee.

"Violence has no place in our society, one of whose fundamental principles is mutual respect," Prime Minister Elio Di Rupo said. He also pledged a swift trial and "the severest punishment" for whoever was responsible.

The 56-year-old victim had been called to the scene of a crash Saturday morning between a car and bus to inspect the damage. He was allegedly assaulted by a friend of the car driver and reportedly died in hospital.

Brussels prosecutor Bruno Bulthe, deploring the "gratuitous violence", said a suspect had been arrested, but no details were released.

The stoppage may, however, go beyond Saturday. According to Le Soir newspaper, bus drivers are seeking guarantees on increased security measures from Interior Minister Joelle Milquet before they will return to work.

Milquet said he would propose measures for improved security at a cabinet meeting later this month.

The Le Soir report said a meeting was planned between union representatives and Milquet for early next week.