A German court has refused to permit defense lawyers representing Beate Zschäpe to resign. The proceedings in the landmark murder and terrorism trial could have been suspended indefinitely had their request been granted. 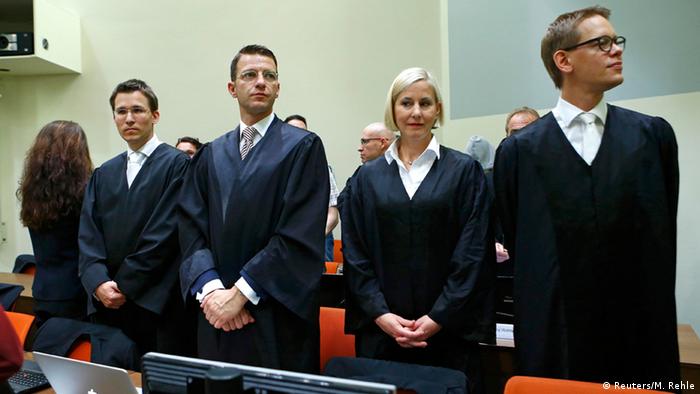 A court in Munich denied Monday a request from three lawyers representing suspected neo-Nazi Beate Zschäpe to resign their defense of their client.

Attorneys Wolfgang Heer, Wolfgang Stahl and Anja Sturm had all submitted their requests for permission to resign, following months of rifts and disagreements with Zschäpe. Had they been granted permission, the trial - which has logged almost 300 court days - might have had to restart from scratch.

Presiding judge Manfred Götzl ordered Zschäpe's defenders to continue with the case, arguing the trio had not provided adequate justification for quitting.

Zschäpe, 40, had attempted to fire her legal team a year ago and again more recently, but her applications were rejected by the court each time. She has been appointed a fourth attorney, Mathias Grasel, with whom she seems to coordinate most closely.

An alleged member of the National Socialist Underground (NSU) neo-Nazi cell, Zschäpe is accused of complicity in the assassination-style murders of ten people including eight men with Turkish roots, a Greek migrant and a German policewoman between 2000 and 2007. 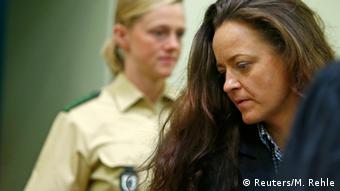 Zschäpe has repeatedly clashed with her court-appointed attorneys

Two of the NSU's leading members, Uwe Böhnhardt and Uwe Mundlos, apparently committed suicide in 2011 after they botched a bank robbery. Police found them dead in a mobile home and hit upon key evidence including the dead policewoman's service weapon.

On trial alongside Zschäpe are four other men from the neo-Nazi scene accused of abetting murder and supporting the NSU.

The case has generated heated debate in Germany, primarily because the NSU cell went undetected for over a decade despite authorities having dozens of informants in the country's right-wing extremist scene.

The trial has also raised questions of institutional bias within the German police and media, which insisted until 2011 that the murder spree was carried out by migrant crime gangs instead of a xenophobic far-right group.