Pope John Paul II had a close friendship with a married woman that lasted over 30 years, according to a BBC documentary. Hundreds of letters tell a story of intense feelings. 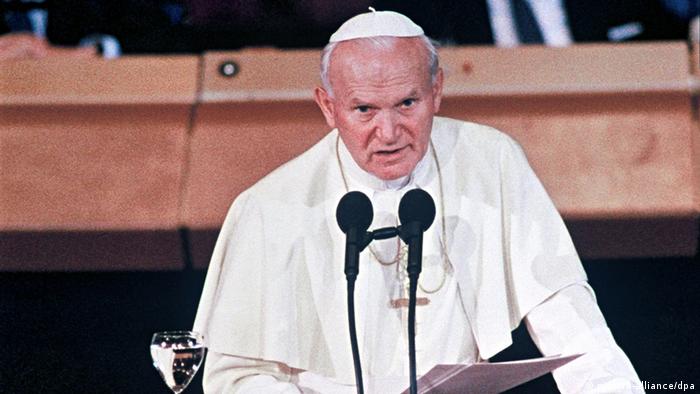 More than 350 letters from Pope John Paul II to the Polish-born American philosopher Anna-Teresa Tymieniecka were found at the National Library of Poland, said Edward Stourton, the senior BBC journalist who made the documentary. The first dated from 1973 and the last a few months before the pope's death, in 2005.

"I would say they were more than friends but less than lovers," Stourton told the AFP news agency. "One of the fascinating stories that comes out of these letters is of a struggle to contain what was certainly a very intense relationship which mixed emotions and philosophical ideas in proper Christian boundaries."

According to the broadcaster, the letters did not suggest that the pope broke his vow of celibacy. 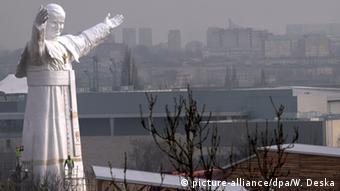 Statue of John Paul II in Czestochowa, Poland: The former Pope was declared a saint in 2014

The intense friendship began in 1973, when the philosopher contacted the future pope Cardinal Karol Wojtyla, then archbishop of Krakow, about a book he had written.

The "intense" correspondence revealed that the two spent camping and skiing holidays together and went on country walks. In one letter, he called the woman "a gift from God."

When he was still cardinal, he gave Anna-Teresa Tymieniecka one of his most treasured possessions: a scapular, a small piece of cloth worn as part of the habit of monastic orders. "Last year I was looking for an answer to these words: 'I belong to you,' and finally, before leaving Poland, I found a way - a scapular," he wrote in September 1976. "The dimension in which I accept and feel you everywhere in all kinds of situations, when you are close, and when you are far away."

The BBC has only seen the sainted pope's letters, not Tymieniecka's side of the correspondence. The philosopher died in 2014.

Poles celebrate canonization of 'their' pope

Pope John Paul II has been canonized. Celebrations of the event are widespread in his home country of Poland, where his elevation to sainthood is seen as a point of national pride and a time for reflection. (27.04.2014)

One pontiff is seen as a naive revolutionary and the other as a conservative. But, John XXIII and John Paul II were two outstanding popes and both were canonized on Sunday. (25.04.2014)