Wolfgang Wagner, the long-time director of the Bayreuth Festival, will retire at the end of August. Replacement candidates will face some steep competition from Wagner's two daughters, said to be favorites. 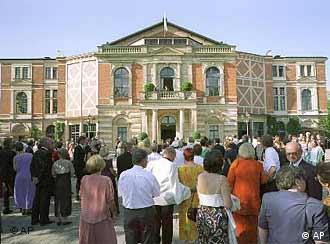 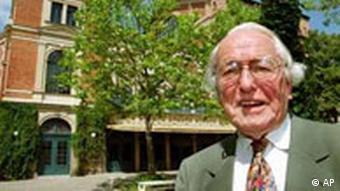 Wolfgang Wagner has been in charge of Bayreuth since 1951

Wagner is resigning as director of the Bayreuth Festival, officials said on Tuesday, April 29. The prestigious annual event celebrates the music of his grandfather Richard Wagner.

Wagner has headed the renowned festival since 1951. Yet with Wagner turning 89 on August 30, he decided it was time to retire.

No replacement for Wagner has been announced. Bayreuth officials said that interested candidates have four months to apply. The festival has been at the center of a decades-long family feud over who will succeed the increasingly frail elder Wagner. 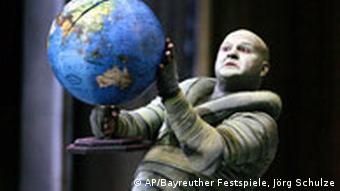 The festival has become a major celebrity event

Wagner recently hinted that he could imagine his estranged daughter Eva Wagner-Pasquier, 63, teaming up with her half-sister Katharina Wagner, 29, to run the festival jointly.

The half-sisters were called on by the festival board to devise a joint proposal for the future of the festival as soon as possible. Yet the two half sisters are known to have a strained relationship.

The festival board ordered Wagner to hand over the reigns to Eva in 2001. But the two have not been on speaking terms since Wolfgang divorced Eva's mother Ellen Drexel in 1976 to marry Gudrun Wagner.

Founded in 1876 by Richard Wagner, the festival has become an opera spectacle of legendary proportions. Performances are sold out years in advance with top German socialites and politicians attending. Wolfgang Wagner has been praised for his financial management of the festival and for drawing top musical directors.

Bayreuth Festival organizers are considering jumping on the bandwagon of a recent high-culture trend, and screening one of its operas in a public square with no admission required. (02.03.2008)

Amid a family feud over the running of the famous opera festival, Katharina Wagner's directorial debut at Bayreuth split the audience. Not everybody, it seems, enjoyed seeing Richard Wagner dancing in his underwear. (26.07.2007)

Who should be the next director of the Bayreuth Festival? Please include your name and country in your reply.