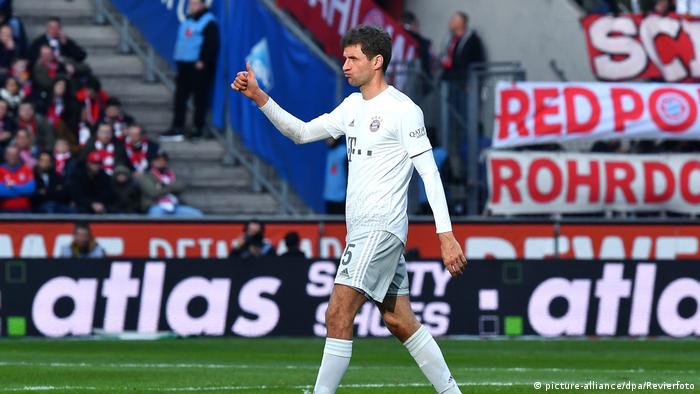 Whenever one of Bayern Munich’s midfielders had the ball, Thomas Müller sprinted into position, demanding a pass. And for good reason, because when Müller has the ball, Bayern create chances. So much was clear after just five minutes in Cologne.

After just three minutes, Müller found Robert Lewandowski, who put Bayern ahead. Just two minutes later, he calmly laid the ball off to Kingsley Coman who made it two.

When Serge Gnabry fired in Bayern’s third shortly after, the shock on the Cologne players’ faces suggested they were also just as surprised that Müller hadn’t been involved.

"Everyone knows I like to keep an eye on my fellow players and find them in goal scoring positions," the 30-year-old said post-match. "I try to do my best as part of our system of play and to create chances."

With his two assists against Cologne, Müller equalized his record number of assists per season, 14, which he recorded in the 2017-18 season. With three months to go until the end of this season, it’s safe to assume that record will be broken.

But it’s more than just his numbers; Müller was everywhere. When he wasn’t conducting Bayern’s attacks, he could be seen shouting instructions at young full-back Alphonso Davies, calming him down after he had lost the ball.

Müller did his part in defense, too, making an important headed clearance from a Cologne free-kick as the first half was coming to a close. As Bayern’s chief presser, Müller defended as ferociously as he attacked, never giving Cologne’s poor defenders a moment’s peace.

"I felt really good on the pitch today," he said. "I’m flexible to play where the coach needs me to, but it’s no secret I love playing in the center.” 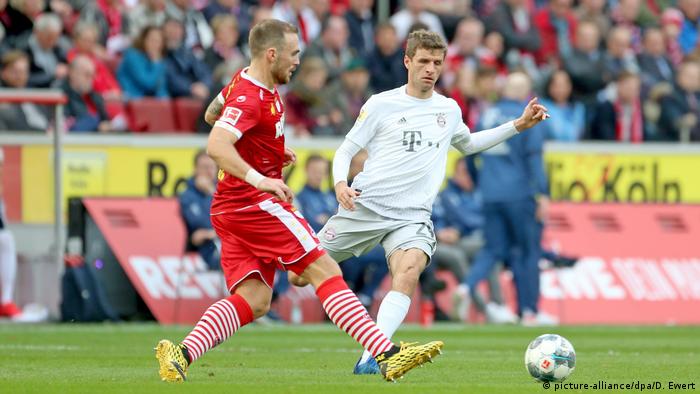 He’s a revived player, in every sense of the word, and his form under Hansi Flick marks an impressive turnaround for a player many thought was on the decline.

It wasn’t an easy start to the season for the Bayern Munich man. After being shown the door by Germany coach Joachim Löw in March 2019, and going down the pecking order at Bayern under Niko Kovac, his career seemed to be going downhill.

In the first ten match days of the season, under Kovac, Müller only played the full 90 minutes once, against Union Berlin at home.

Since Flick’s appointment, though, the 30-year-old has flourished again. Flick said from the start that he sees Müller as an integral part of his Bayern setup and that's reflected by his playing time: Müller has completed a full 90 minutes in seven out of twelve games under Bayern’s current coach.

“I think we’re on a good run and our team is in good condition," he summarized after the 4-1 win sent Bayern back to the top of the Bundesliga and chants of "German champions, FCB!" rang out from the away end outside.

Bayern's supporters are confident of an unprecedented eighth consecutive title. And with Thomas Müller in this form, who'd bet against them?