The uneasy relationship between Bayern Munich's bosses and fans over the club's links with Qatar has worsened after an ill-tempered AGM. Club grandee Uli Hoeness said the meeting was "worst I've ever experienced." 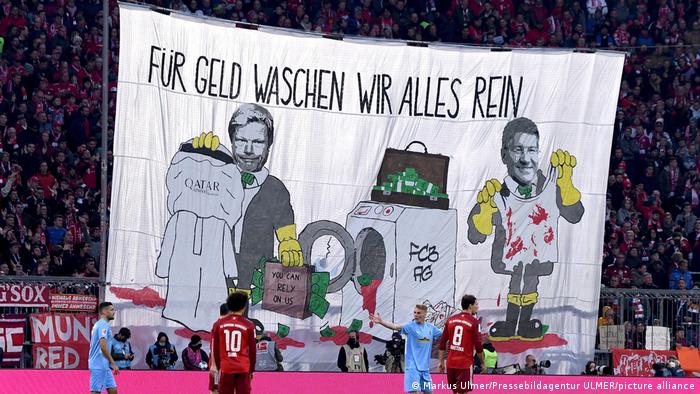 They may be top of the Bundesliga and have a perfect record in the Champions League, but scratch the surface and all is not well with Bayern Munich.

High profile players have been threatened with a pay cut for refusing vaccinations, the stands will soon be at quarter capacity with coronavirus cases rising in Bavaria and a shock loss to Augsburg last time out sees Borussia Dortmund breathing down their necks.

But none of those issues are as contentious with Bayern's active fanbase as the club's ongoing links with Qatar, the host of next year's World Cup. At the club's annual general meeting on Thursday, the rejection of a motion from Bayern member and lawyer Michael Ott to discuss ending Bayern's partnership with Qatar Airways prompted calls for club president Herbert Hainer's resignation and saw the atmosphere turn confrontational. Hainer confirmed the club would not end its sponsorship deal.

"We are Bayern and you are not," shouted members, adding: "We are the fans you do not want." Around 800, a small fraction of Bayern's membership, were present, partly due to coronavirus regulations.

Honorary president Uli Hoeness, who played for the club in the 1970s before two stints as president either side of a jail term for tax evasion, told German football magazine Kicker that it "was the worst event I've ever experienced at FC Bayern."

Ott has become the face of a sustained and determined movement to get Bayern to cut ties with Qatar over its record on human rights. With last weekend's Formula One Grand Prix in the Gulf state and the World Cup now less than a year away, the spotlight is intensifying.

"You can no longer be proud of successes when you know the burdens and compromises with which they were achieved," Ott told DW earlier this week. "If I know that this money comes from Qatar and is associated with serious human rights violations, if it is clearly blood money, then the successes associated with it are tarnished and, in my opinion, something to be ashamed of."

Though heated, the scenes at the Audi Dome were not the first time Bayern's recently ascended management team have come under pressure of late. In the game against Freiburg this month a huge banner was unfurled by supporters behind the goal at the Allianz Arena (see top picture). 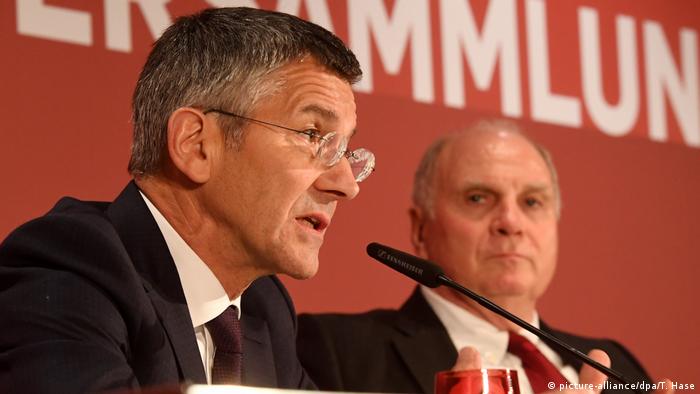 Both men have stepped in to their roles in the last two years, with Hoeness and former CEO Karl Heinz Rummenigge making way after holding power at the club for decades. Such banners have been seen on the terraces for almost as long as the relationship between club and state has existed.

Though the new board members have had to deal with the continuing fallout of the coronavirus and player vaccinations, supporter unrest on Qatar seems to be a divisive issue.

Kahn responded to criticism by reiterating that the club have "clear criteria on which we align partnerships," while his predecessor Rummenigge has consistently claimed that such partnerships, and hosting of events, increase scrutiny on Qatar in an attempt to deflect from claims of sportswashing. 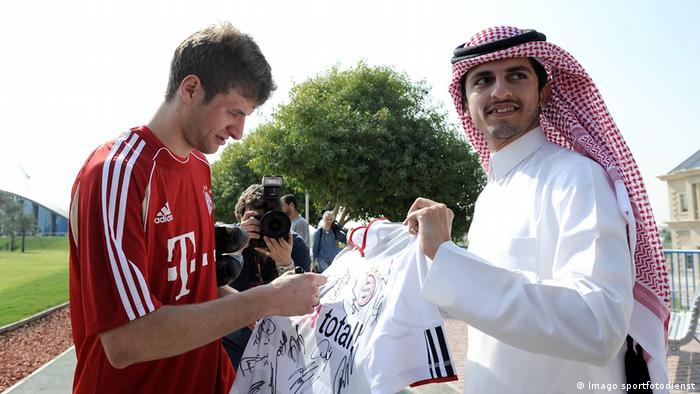 "I have often flown to Brussels to speak with NGOs about what else we can do and how they see things," he said. "They all confirm to me: keep going, don't let up. Of all the Arab states, you have to say that Qatar has made the biggest improvements," he told a podcast of regional broadcaster WDR recently.

Human Rights organizations, and many Bayern members, take some issue with that. "We cannot completely sacrifice our values ​​on the altar of success," added Ott.

Though banners in a near-empty stadium may not have the same impact, the issue of Qatar looks unlikely to disappear.