The 34-year-old head coach missed his team's win over Benfica in Lisbon, feeling unwell. Despite being fully vaccinated, he has since tested positive for COVID-19. 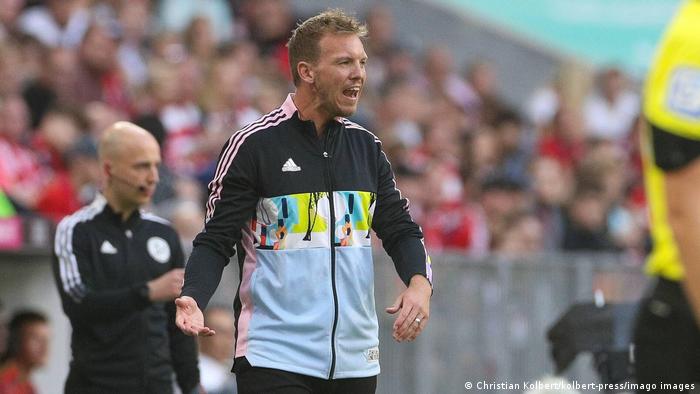 Despite being fully vaccinated, Bayern coach Nagelsmann has tested positive for COVID-19

Julian Nagelsmann has tested positive for COVID-19 after suffering from flu-like symptoms in Lisbon, where his Bayern Munich team beat Benfica in the Champions League.

Nagelsmann remained in the team hotel and was not on the touchline to see the 4-0 win, with the symptoms now confirmed to be COVID-19.

"Despite full vaccination, Julian Nagelsmann has tested positive for coronavirus," read a statement from Bayern Munich on Thursday morning.

"He will travel back to Munich separately from the team and go into isolation at home."

Before the game against Benfica, Bayern's official Twitter account had reported: "Unfortunately, Julian Nagelsmann cannot sit on the bench today due to a flu-like infection. He is represented by his co-trainers, Dino Toppmoller and Xaver Zembrod. Have a good recovery, Julian!"

Later on Thursday, Nagelsmann himself took to Twitter to thank followers for their best wishes. "Given the circumstances, I feel ok," he wrote. "I am very proud of the team, my coaching staff and the team behind the team! You did a brilliant job yesterday and stood in for me perfectly."

Nagelsmann is now set to miss Bayern's upcoming games at home to Hoffenheim on Saturday, away at Borussia Mönchengladbach in the German Cup next Wednesday, and the Bundesliga trip to Union Berlin the weekend after that. 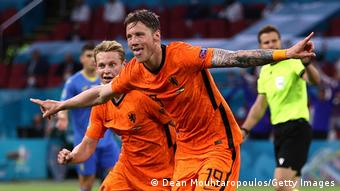 Weghorst's vaccination status is unclear; Wolfsburg, like many German clubs, have not confirmed how many of their players and staff are vaccinated on data protection grounds.

Back in December, however, Weghorst shared an Instagram post from controversial American anti-vaxxer and conspiracy theorist Dr. Christiane Northtrup. "Just imagine a vaccination which is so safe that you have to be forced to have it, for a disease which is so deadly that you have to be tested to see if you have it," wrote Weghorst at the time, before deleting the post and issuing a club-approved explanation.

When asked about it on German television in April, he said: "The only thing that is important to me, from that post to today, is that everybody informs themselves about the topic and learns about it."

In May, the German Football League officially recommended that all players get vaccinated and earlier month said that 94% of players have had the vaccine.

Before the start of this season, Nagelsmann revealed that Bayern Munich have "a significantly better vaccinated rate than elsewhere in society," adding that that was "important and pleasing for us."

Augsburg and Cologne later became the first Bundesliga clubs to confirm publicly that their entire squads are fully vaccinated.