DW is on the ground in Portugal's capital as Bayern Munich and Paris Saint-Germain prepare to face off at the end of a unique event in a country that has been desperate to show it is open, and safe, for business. 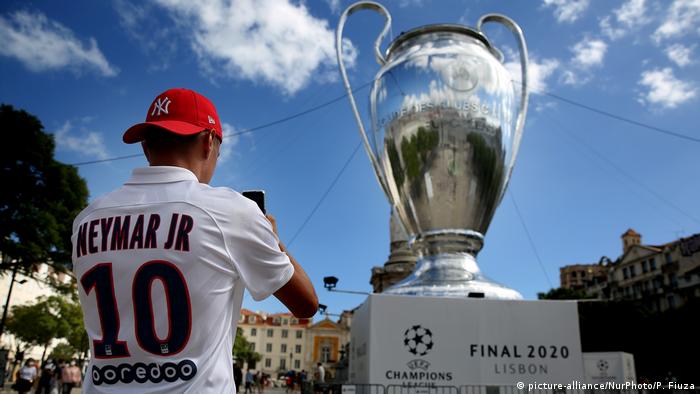 Nestled in between the ornate South Fountain and the column of King Pedro IV on Rossio Square is the only clue that the UEFA Champions League is in Lisbon.

Here, strung up and held in place by several wires, a giant, inflatable version of the competition's iconic trophy provides the backdrop for curious passer-bys taking selfies.

The final rounds of the 2020 Champions League may be taking place belatedly and in a scaled-down, mini-tournament format, but the competition is by far the biggest sporting event on the planet this year. Not that you'd know it in the Portuguese capital, where organizers have understandably been reluctant to shout about it too loudly during a global pandemic.

Nevertheless, as the coronavirus figures around the world generally fall, European football is gradually trying to return to some semblance of normality – or at least as much as it feels it can be seen to be doing.

A slow return to normality

Lisbon, home to local giants Benfica and Sporting, is of course a dominant force in European football in its own right, and the Estádio da Luz and Estádio José Alvalade provide capacity for a combined 115,000 supporters.

But in their absence, at least the bars, restaurants and hotels around Rossio Square can show the final of the "Liga dos Campeões" between Bayern Munich and Paris Saint-Germain on television.

One of those watching will be Riyu Ortet. A citizen of Cape Verde, he is one of 150,000 Africans settled in Portugal and a passionate PSG follower.

"In Lisbon we are having a return to normal life. It is my way [therefore] of giving my support to PSG, to wear the colours," he tells DW, reflecting on his team's comfortable last-four triumph over RB Leipzig at Casa Brasileira, a restaurant on a side street off Rossio Square.

On the eve of what was only PSG's second ever semi-final appearance in the Champions League/European Cup, a good luck message was sent to the club's captain, Thiago Silva, and his countrymen Marquinhos and Neymar, by Pelé.

The man who is arguably the greatest Brazilian football player of all time is an admirer of Kylian Mbappé, too, and Riyu had best wishes of his own to offer prior to the weekend's grand finale.

"We have been okay [in relation to Covid-19] here in Portugal, but in France it has been very difficult, so PSG's players must win the Champions League for France," he says.

"I agree it is correct to play Champions League with no people in the stadiums. But when it is safe, we can have a big party. I hope this is a PSG party." 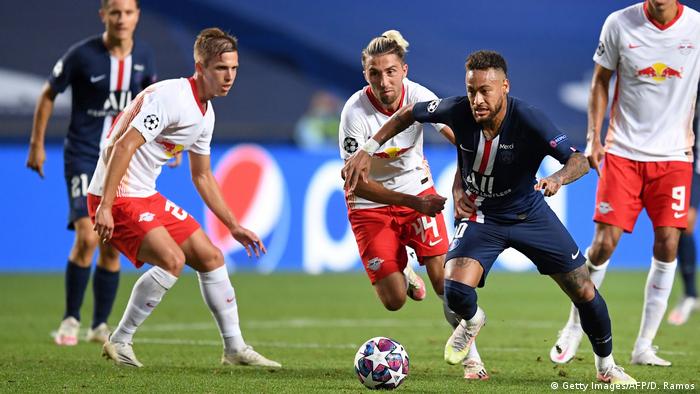 Neymar and PSG were too strong for Bundesliga side RB Leipzig

Coronavirus caution mixed with mild interest in the football is a sentiment echoed nine metro stops north at the Deutsche Schule Lissabon, the oldest German language school on the Iberian Peninsula.

"After the summer holiday period, our 1,000 students will be returning next month, and we are preparing for everything to be as safe as possible," says Marketing and Communications Assistant Magdalena Stricker.

"Students must wear masks for example and only attend our campuses when they have to for their classes, we will try to do activities outside where possible, and there will be a lot of online-based learning, as we have been doing throughout the pandemic. We have had to hire a lot more cleaning staff.

"I think that Portugal is doing a good job. The restrictions [here] started early, most people comply, and I feel safe, especially with a mask."

The Deutsche Schule Lissabon is the second oldest German school of its kind anywhere in the world, yet there is not huge support for Bayern due to the majority of students being Portuguese. But those connected to the institution do have a firm interest in their country benefitting as a result of facilitating such a prestigious event.

"UEFA have handled the soccer games well," thinks Magdalena. "There are no big events around the matches and with no foreign supporters, I am unsure of the benefit to the economy. But this is a benefit for the image of Portugal, it demonstrates it is a safe country." 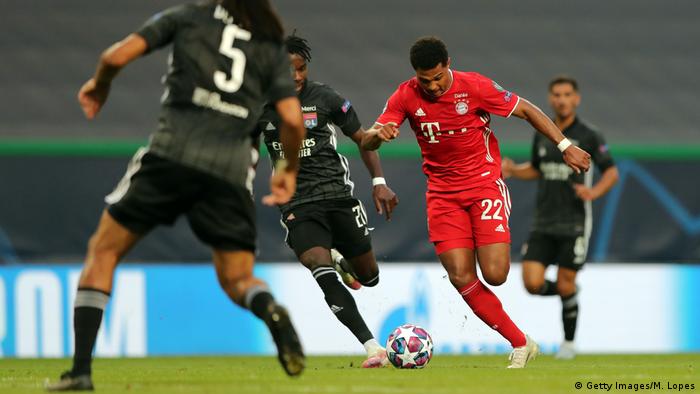 The Champions League final venue is only a half-an-hour walk away, and it is only when up close to Benfica's Estádio da Luz (Stadium of Light) that there are indicators it has been hosting some of the continent's finest footballers.

A small number of signs discreetly direct a very limited number of journalists and broadcast personnel to dedicated entrances, all of which are in a separate zone to that used by competing teams.

Every person entering the stadium has their temperature checked and recorded, and even presenters with UEFA's official, big-spending broadcasters are not allowed inside the zone containing coaches and players.

The meticulous planning, coupled with clubs opting to isolate themselves in Lisbon as much as possible by booking out entire hotels, has resulted in no positive Covid-19 tests, bar the two recorded in Spain by Atletico Madrid – Angel Correa and Sime Vrsaljko – before travel to Portugal.

This is at the very least as successful as the sporting aspect of the tournament, comprising in part of Bayern's devastating 8-2 thrashing of Barcelona and surprise victories for Lyon and RB Leipzig.

Back in Rossio Square, where evenings are nowhere near as busy as they were before the pandemic, the huge blow-up Champions League trophy sways from side to side in the strong sea breeze blowing in from the Atlantic Ocean.

Like this year's tournament, it's not the real thing. But at least it's something.