German pharmaceutical giant Bayer has posted a surprising jump in net profit for the second quarter, lifted by strong currency effects and gains in its health care, specialty plastics and agricultural chemicals sectors. 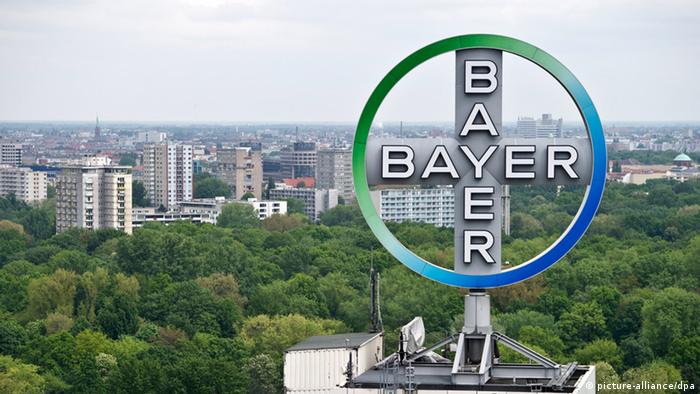 Bayer cited earnings growth in all three of its business areas as a reason for the strong results. Group sales rose to 12.09 billion euros, an 18.2 percent increase over the same period one year prior.

Sales at its health care division, which includes the company's pharmaceuticals and over-the-counter businesses, were up 28 percent to 5.9 billion euros. That division was also bolstered by a recent acquisition of Bayer's, which saw it absorb US-based Merck's over-the-counter products.

Two major pharmaceuticals deals announced Monday suggest the industry will continue to consolidate. Deep pockets will be needed as medicines become both increasingly complex and targeted to smaller groups of patients. (12.01.2015)

As western sanctions imposed on Iran look likely to be lifted soon, German firms are hoping to reinvigorate traditional business ties with the oil-rich country. But a new rival has emerged, making a re-start difficult. (19.05.2015)

Sales of two of Bayer's newest drugs, a blood thinner and an eye medicine, rose by 42.6 percent and 49.1 percent, respectively.

Bayer also runs a specialty plastics operation known as MaterialScience, which the company has been preparing to spin off for the sake of streamlining. That could be done through an initial public offering, which Bayer CEO Marijn Dekkers has said he would prefer in order to raise money to pay down the company's 20 billion-euro debt.

The fluctuations in exchange rates have helped Bayer on the whole, but the company still adjusted down its full-year sales outlook to 47 billion euros from 48-49 billion euros.