Heiko Herrlich is the new Bayer Leverkusen coach, joining on a two-year deal. He guided Regensburg to back-to-back promotions and succeeds Tayfun Korkut, who was in charge on an interim basis. 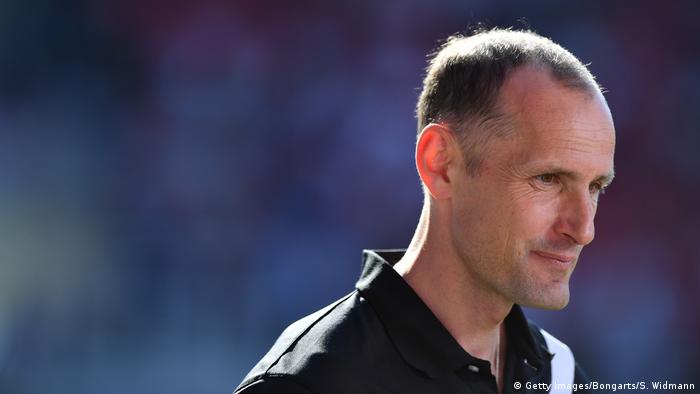 Bayer Leverkusen have named Heiko Herrlich as the club's new coach in a surprise appointment.

The 45-year-old has caught the eye during his time at Regensburg. He elevated the club from Germany's fourth tier to the second, sealed with a playoff win over 1860 Munich last month.

Herrlich lands the job after Leverkusen were linked with Thomas Tuchel, who was fired as Borussia Dortmund, and David Wagner, who recently guided Huddersfield into the English Premier League.

"It is a great feeling to be back here again and to take responsibility for a team which is incredibly talented and ambitious," Herrlich told a news conference.

As a player, Herrlich came through the ranks at Leverkusen and won the German Cup in 1993 before moving on to Borussia Moenchengladbach and Borussia Dortmund, with whom he won the 1997 Champions League. Previous senior coaching positions include spells at Bochum and Unterhaching.

"He likes an attractive, aggressive and active kind of football and therefore a style of play which is very close to our expectations," sport director Rudi Völler said.

Leverkusen fired Roger Schmidt as coach in March and though Tayfun Korkut guided the team to safety, a disappointing 12th place in the Bundesliga was not enough to earn him the job permanently.