A merger of the world's biggest producers of seeds and pesticides may soon be in the making. Missouri-based Monsanto confirmed reports that it received a bid from Germany's biggest drugs and chemicals firm Bayer. 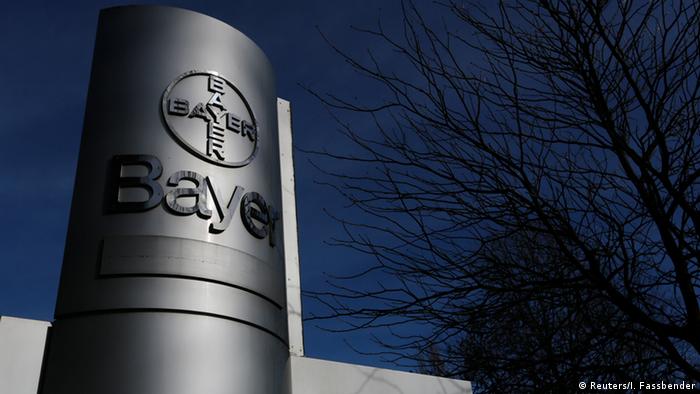 US seed and pesticide giant Monsanto said Wednesday it had received a proposal from Bayer which was "unsolicited, non-binding," but nevertheless reviewed by the company for "due diligence, regulatory approvals and other conditions."

While the US company was assessing the offer, it said there was "no assurance" that any transaction would be "entered into or consummated."

Bayer released its own statement on Thursday, briefly confirming that its executives had met with counterparts in their acquisition target to "privately discuss" a merger.

Neither statement specified a price tag for the deal. But a bid to acquire Monsanto, which has a market capitalization of $42 billion (37.4 billion euros), is likely to be worth more than ChemChina's February deal to take over Swiss agrichemicals giant Syngenta for $43 billion. Monsanto itself tried to buy Syngenta last year.

Bernstein Research analyst Jeremy Redenius estimated that it would be 41.9 billion euros ($47 billion), plus 6.7 billion euros in assumed debt. He said that Bayer might need a 27 billion euro share issue to help to fund the purchase.

Citi analysts have said that Bayer would probably need to pay 14-16 times Monsanto's core earnings, implying a takeover price including debt of around 57 to 65 billion euros.

The scale of a Bayer-Monsanto merger could face resistance from antitrust regulators.

Agricultural suppliers like Monsanto have been hit by low commodity prices, causing farmers to cut down on supply orders. The strong US dollar has also made the company's products more expensive overseas.

The end of the first quarter saw Monsanto cut its earnings forecast for 2016.

Leverkusen-based Bayer AG, which specializes in health care and agriculture, employs some 117,000 people worldwide and had sales last year of 46.3 billion euros ($52.22 billion).

The German company, whose farm business produces seeds as well as compounds to kill weeds, bugs and fungus, said the proposed acquisition would help it "create a leading integrated agriculture business."

But the news sent Bayer shares tumbling over eight percent to a 2-1/2 year low of 88.39 euros in early Thursday trading, as some investors worried about the potential cost of a deal.

The analysts therefore felt a deal was unlikely because of the price, as well as possible reservations on the part of competition authorities toward a combination of Bayer and Monsanto.

Analysts at Credit Suisse also suggested that Bayer's financial firepower was "very limited" after it paid out 10 billion euros for the prescription-free drugs business of US firm Merck in 2014, a deal which has not really fulfilled Bayer's expectations so far.

German company Bayer has reportedly discussed making a bid for the US agrochemical firm Monsanto. A merger between the two chemical behemoths could create the largest entity in a rapidly consolidating sector. (12.05.2016)