A Bavarian man has won this year's prize for Germany's heaviest pumpkin, with his contender weighing in at over 720 kilos (nearly 1590 pounds). The organizer of the annual competition described it as "simply impressive." 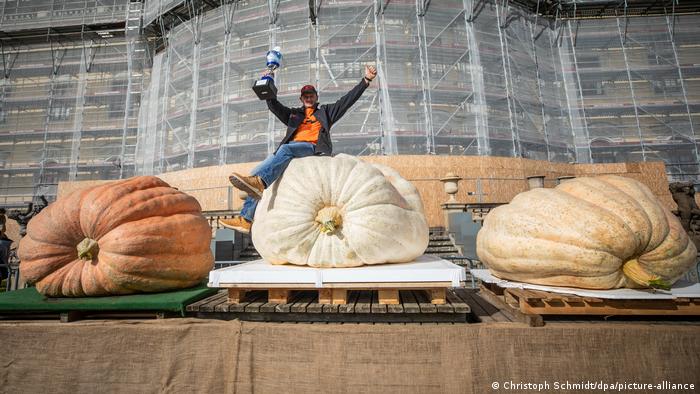 The championships took place in Ludwigsburg's Blühendes Barock gardens in the southern state of Baden-Württemberg.

Each year, organizers of the Ludwigsburg Pumpkin Festival select the "Atlantic giant" pumpkin according to weight.

"The size of the pumpkin is simply impressive — especially considering they take the same amount of time to grow as small pumpkins," said championship organizer Stefan Hinner. 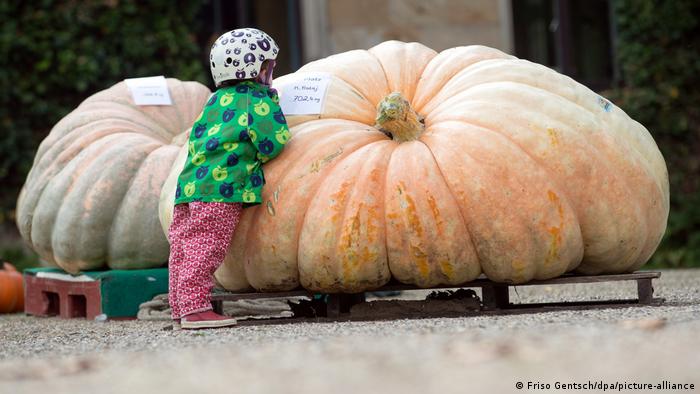 Asam, a pumpkin breeder from the municipality of Adelzhausen just outside of Munich, won first place on Sunday for the second year in a row.

This year's festival took place without the usual crowds due to the coronavirus pandemic.

Taking into account social distancing measures and hygiene rules, visitors were allowed to view the pumpkins on display in the gardens. The weighing of the specimens, however, took place behind closed doors this year.

The current world record is held by Belgium's Mathias Willemijns. His pumpkin weighed 1191.5 kilograms. Willemijns also set the record in the Blühendes Barock gardens in 2016.

The European Pumpkin Weighing Championships is set to take place at the same venue next weekend.

Fall, autumn, sweater weather — whatever you want to call the cold, gray season leading up to Christmas, there's one thing we can all agree on: It's pumpkin time, and never more so than on today's Pumpkin Day!