Bavarian Premier Horst Seehofer has threatened to take the federal government to the Constitutional Court over Germany's refugee policy. And he's not the only one calling for the German chancellor's censure. 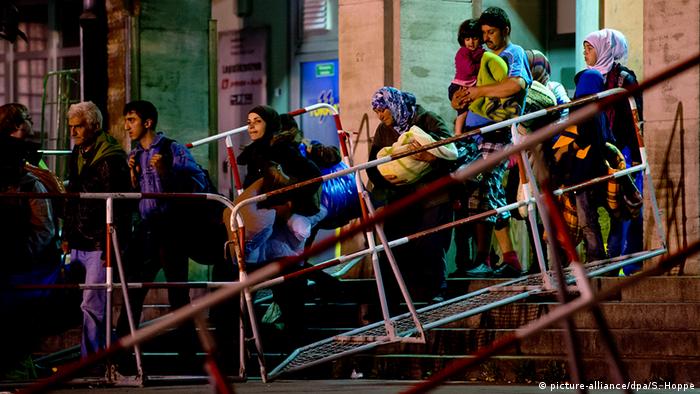 Chancellor Angela Merkel could face an open rebellion by her own coalition partners. The Christian Social Union, the Bavarian sister party to Merkel's Christian Democratic Union, threatened to take the federal government to the Constitutional Court over its refugee policy, said Horst Seehofer, the Bavarian premier and CSU leader.

"We are of the specific opinion that immigration needs to be steered and limited if we want to get a handle on it," Seehofer said on Friday after a Bavarian cabinet meeting.

The Bavarian state government had earlier said more than 225,000 refugees arrived in the southern German state in less than five weeks, and authorities are stretched beyond the limit to house and care for the new arrivals.

Seehofer had previously said his state would consider "self-defense measures" when implementing refugee policy, which could include closing the border with Austria. Bavarian officials on Friday did not threaten to close the state's border with Austria, but Bavarian Interior Minister Joachim Herrmann said order needed to be restored.

"If respect of EU standards as set out in Dublin and Schengen is not restored immediately then the German government must take the decision to turn away refugees at the border," he said.

Merkel has been defiant that her open door policies for war refugees is correct and that Germany can and will weather the crisis.

"We will manage," Merkel said during an interview on ARD television on Wednesday when quizzed over the influx. "I am completely convinced of that." Germany has the best conditions to overcome the crisis, she said. "You can achieve very, very much when you have the will," she added.

As the chancellor takes flak from the right, she has been roundly defended by her center-left coalition partner, the Social Democrats (SPD). Vice Chancellor Sigmar Gabriel, the leader of the SPD, said it is unrealistic to try and stop the flow.

"Closing the borders - someone would have to tell us how that's supposed to work. Are we going to have the army there, with bayonets at the ready? Nobody would do that," Gabriel said this week. 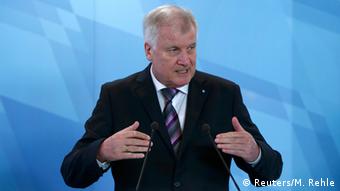 Seehofer said immigration needs to be steered and limited

But there has been a political cost - at least from the right - for Merkel's approach. A poll released Friday by ZDF public television showed only 45 percent of Germans believe their country can cope with and absorb the new arrivals. It found that 51 percent believe Germany cannot house and integrate them, a sharp rise from the 40 percent of skeptics just two weeks ago.

A separate Forsa poll showed support for Merkel's conservatives slipping to 39 percent, down one percentage point from last week and the lowest reading since May. The anti-immigration party Alternative for Germany (AfD) meanwhile has gained two points, hitting 7 percent for the first time this year.

The AfD held a Friday press conference to demand that the German chancellor be held accountable for encouraging the hundreds of thousands of migrants to seek asylum in Germany.

"Merkel has acted as a trafficker," AfD deputy leader Alexander Gauland, said, adding that the party would file a formal criminal complaint with authorities.

"#AfD Five demands for the solution of the asylum crisis. We demand far-reaching reform of the asylum law," AfD leader Frauke Petry posted on Twitter.

The AfD has no representation in Germany's federal parliament in Berlin. But it does have seats at the state level. It was founded as a Euroskeptic party but has recently morphed as it has embraced an anti-immigration platform.

The AfD's warning is legally an empty threat but carries a political message that right-wing parties see the chancellor as increasingly vulnerable and is playing on public insecurity over the refugee crisis.