Hundreds of Taliban fighters have besieged the northern Afghan city of Kunduz and are attacking Afghan army bases and checkpoints. DW correspondent Mohammad Saber Yosofi describes the situation on the ground. 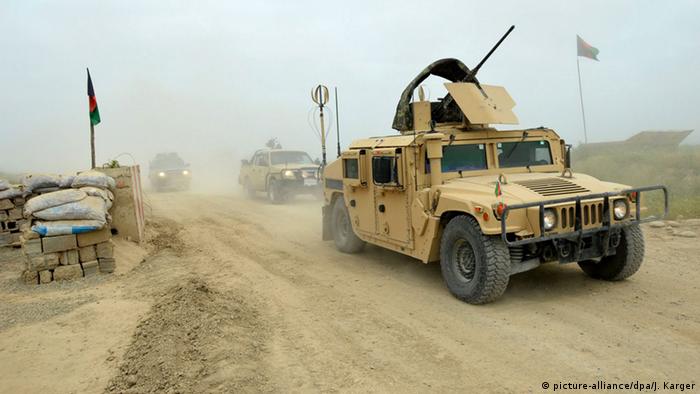 A battle between Afghan security forces and Taliban militants in the northern Afghan province of Kunduz has been raging for several days now. Kunduz City has been completely shut down, and the government offices have been closed for security reasons. Most city residents have either fled to safer places or remain indoors.

Kunduz was one of the last strongholds of the Islamist militants before the US-led invasion of the South Asian country in 2001. Until 2013, the German army was stationed in the city. In a DW interview, Mohammad Saber Yosofi, DW's reporter in Kunduz, says the latest battle proves that Germany withdrew its forces from the area too soon. 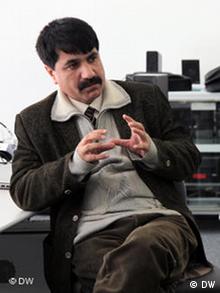 Yosofi: 'If the fighting continues to rage, it could spill into the main city and other areas of the province'

DW: What is the current situation in Kunduz?

Mohammad Saber Yosofi: The current security situation in Kunduz is extremely worrying. In many districts, the fighting continues to rage and is getting worse. Loud explosions and gunshots can be heard in the city. The Afghan forces have killed many insurgents, including a number of foreign fighters. One of them is said to be a Taliban commander of foreign origin. We don't exactly know about his nationality right now.

Have the Afghan security forces achieved any success?

According to Kunduz's police chief, the Afghan army is still engaged in the battle. So far, no major offensive has been carried out by government's forces. We have to wait for some days to see whether the situation improves or not once military reinforcement arrives. At the moment, there are only local forces fighting against the insurgents.

Key representatives of Afghanistan's interior ministry and other government officials are in Kunduz monitoring the situation. The war rages on mainly in the city outskirts.

How are Kunduz's residents reacting to the situation?

In the latest of a growing number of attacks since the departure of foreign combat troops, Taliban fighters are threatening the northern city of Kunduz. The president delayed a visit to India to consult security chiefs. (27.04.2015)

Afghan leader Ashraf Ghani is on a trip to India in a bid to boost trade and reassure New Delhi of his country's commitment despite warming ties with Pakistan. But will it be enough? DW talks to analyst Smruti Pattanaik. (29.04.2015)

People who have not fled the city have locked themselves inside their homes. They are very confused right now. The old memories of the civil war days have come to haunt them. These people hope the Afghan security forces will eventually thwart the attack and defeat the Taliban.

According to an assessment, some 1500 to 1600 families have left for safer places despite the security forces' assurance that the city won't be run over. But if the fighting continues to rage, it could spill into the main city and other areas of the province.

There have been reports that the Middle Eastern Sunni militant group "Islamic State" (IS) is expanding its influence in Kunduz. Is it true?

IS has recruited several hundred fighters in the Chardarra district of Kunduz. This was confirmed by the provincial governor a few months ago. At that time, the officials said the group could launch a major offensive. Now that the city has been attacked, the authorities have confirmed that an increased number of foreign militants in Kunduz are fighting against the Afghan forces. Eyewitnesses also say that the number of foreigner jihadists is quite high.

Is the attack linked to the withdrawal of NATO and German troops?

Most people in Kunduz believe that the withdrawal of German troops from the province was too hasty. They wanted a longer stay of the German army to ensure peace and stability in the area. The people are very disappointed. They think the Afghan army is still not capable of defending them.

The interview was conducted by Reza Shirmohammadi.