The vocal Boston Celtics star is known for his criticism of Turkish and Chinese governments. He will become a US citizen on Monday. 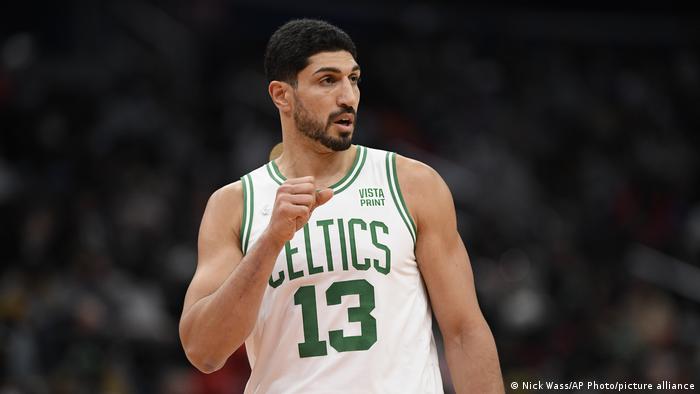 Outspoken basketball player Enes Kanter of the Boston Celtics is adding "Freedom" to his surname to celebrate getting his US citizenship.

The Turkish-born athlete, who is outspoken on social and human rights, will legally change his name to Enes Kanter Freedom at a ceremony on Monday, his manager Hank Fetic told reporters.

Why is Kanter a wanted man in Turkey?

The highly-rated Boston Celtics center who has played 11 seasons in the NBA is known for his vocal attacks on international figures, inside and outside the game.

He famously called Turkish President Recep Tayyip Erdogan the "Hitler of our century."

Kanter said in a tweet that Turkey has issued 10 warrants for his arrest, accusing him of being part of a terrorist group in 2019.

The Turkish government revoked his passport during a visit to Romania in 2017, he said.

In July 2020, Kanter shared on social media a sample of the "thousands" of death threats he received as a result of his Erdogan comments.

What are his views on human rights?

Kanter slammed the Chinese government for its harsh treatment of the Uyghur people and called on the International Olympic Committee to move the 2022 Winter Olympics, set to be held in Beijing next February. 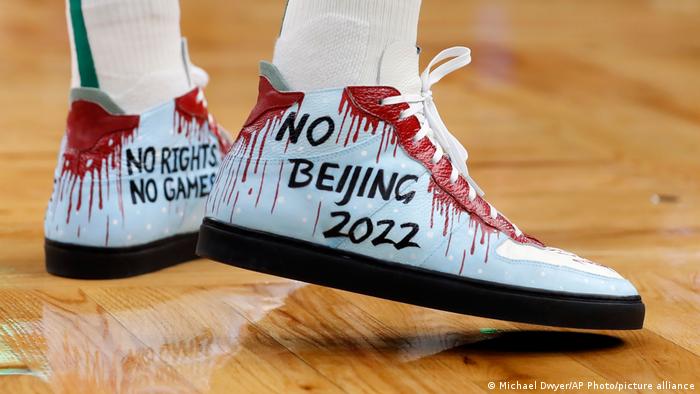 The 29-year-old basketball star supports Tibetan independence, decorating his shoes with "Free Tibet" to protest against Chinese occupation of the mountainous territory. China censored his games in return.

The basketball star has also supported Taiwan and Hong Kong against Chinese aggression.

Last November 18, Kanter tweeted "Money over Morals for the 'King'," over James Le Bron's endorsement of the Nike sports brand that has connections with China.

After 722 games for different clubs in the NBA, Kanter averaged 4.2 points and 5.4 rebounds in 11.2 seconds for the Celtics this season.