Rifaat Assad, known as the "Butcher of Hama," is accused of running a criminal group that laundered millions from Syria's state coffers. The uncle of President Bashar Assad could soon face charges in a Spanish court. 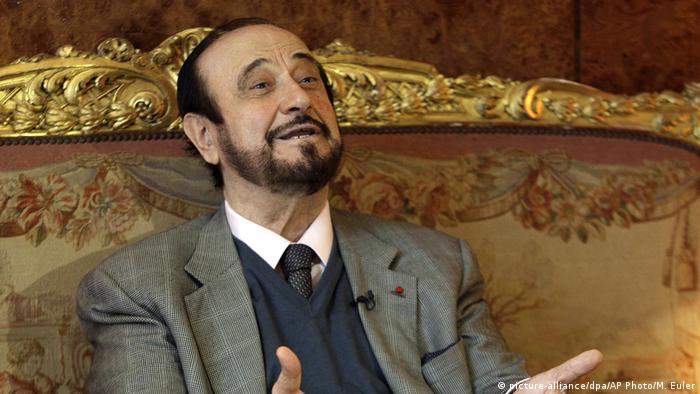 Rifaat Assad, who is believed to be living in exile in France, is accused of plundering more than €600 million ($660 million) in Syrian state funds, according to documents filed at the High Court in Madrid.

Judge Jose de la Mata said Assad had been running a criminal organization made up of eight of his sons, two of his wives and a number of frontmen, since the 1980s. The group is alleged to have laundered vast sums out of Syria to acquire property in several European countries.

They began purchasing real estate in Spain in 1986, building up a portfolio of more than 500 properties, mainly in the Costa del Sol, legal documents show. In 2017, Judge de la Mata ordered the seizure of those assets.

On trial in France

Rifaat Assad is a former Syrian vice president and military commander. He is sometimes referred to as the "Butcher of Hama" for allegedly leading an operation to crush an Islamist uprising in the city of Hama in 1982 that resulted in thousands of deaths.

He fled Syria in 1984 after launching a failed coup against his older brother, then-President Hafez Assad, the late father of incumbent President Bashar Assad.

Rifaat Assad is also facing trial in France for allegedly laundering money from Syrian state coffers and using it to acquire French property worth millions of euros. That court case is set to begin on December 9. The 82-year-old has previously claimed his lavish lifestyle in Europe is supported by gifts from the Saudi royal family.

Prosecutors now have 10 days to decide whether to act on the judge's findings and formally open legal proceedings.

The EU's dirty-money blacklist should be widened to include Saudi Arabia, Nigeria and Panama, the European Commission has urged. The proposal still hinges on approval by the European Parliament and EU member states. (14.02.2019)

Real estate agents, gold merchants and auction houses will be subject to tighter regulations in the future. Lawmakers complained that the US embassy and Apple tried to quash part of the law at the last minute. (15.11.2019)