BASF torn between profit and principle | Business | Economy and finance news from a German perspective | DW | 24.07.2014

BASF torn between profit and principle

Chemicals company BASF expects the Ukraine crisis to de-escalate, easing its bottom line. The German firm has turned a healthy profit thanks to big business in Russia, but worries about sanctions. 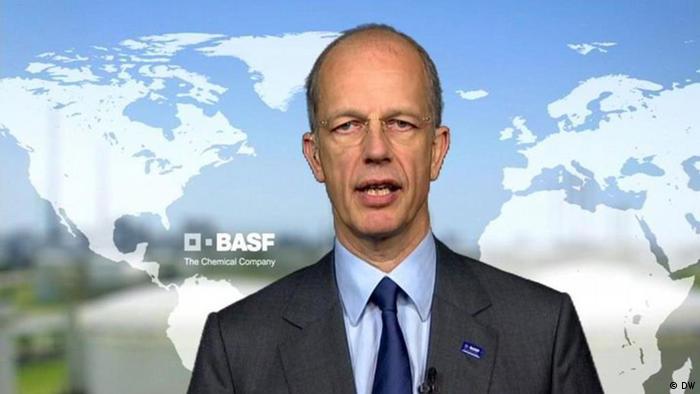 While the European Union weighs how to exert political pressure on Moscow while shielding its own economic interests, a discussion on expanding sanctions against Russia has unsettled parts of Germany's business community.

BASF recorded a double-digit rise in earnings in recent months, but the chemicals giant is weary of the effect sanctions against Russia may have on its profitability and the economy as a whole.

A third of jobs in Germany are dependent on the country's strong exports and curtailing German-Russian trade could force some companies that have invested heavily in Russia to make cutbacks.

DW: Just how much can your company weather, considering your strong outlook which already factors in the situation getting worse?

Our expectation for the entire year is that we will continue to grow our business volume-wise. We have strong currency headwinds. That's one of our major concerns which cost us dearly already in Q2 - about 200 million [euros] of Ebit decline just due to currency. But for the rest of the year we are slightly optimistic. We expect that the chemical industry will continue to grow. This is certainly the big question mark of the political crisis we are facing right now. 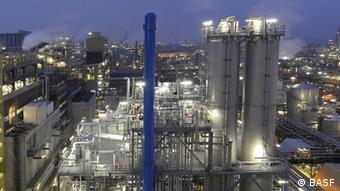 But if tougher sanctions were to be applied, would that hit your bottom line?

I don't want to speculate. Already we have seen an effect in the first half of this year because we do business in Russia and Ukraine. It's about 2 percent of our sales and we have seen quite a decline, mostly currency-related in Russia, but heavy decline in Ukraine, which is very important for our crop protection business. This will most probably continue over the course of the year. Everything else is speculation at this point in time because we have no idea what's going to happen. We have said, however, several times, that we have certain concerns about the effectiveness of sanctions. But that is something politicians have to decide right now. If sanctions will be hardened we will comply certainly.

The interesting thing though is that you are part of that political decision-making process. You vocally oppose sanctions. So you don't want to see them happening.

Put yourself into our position. We have customers in those countries. Customers we have dealt with for many, many years, sometimes decades, and we have a very trustful relationship with these customers. We want to continue to serve these customers and they also rely on BASF as a supplier. So that has to be our foremost concern. How to maintain these relationships? However, there is a bigger picture and that is politics and the politicians have to decide what they want to do and then, as I said, we will try to do the best we can do under those circumstances.

Let me ask you this, what is the bottom line for BASF in this crisis? Have you established a point at which you might reevaluate your relationship with Russia and reconsider your investments there? Or are BASF's ties with the country unconditional?

We have a strong relationship with our partner Gazprom. This has been established for over more than 20 years and it's very trustful and very successful actually. And our expectation and hope frankly is that this situation will deescalate as quickly as possible and that is our sincere hope. Everything else in my point of view at this point in time is really speculation.

Now, on a personal note - business interests aside - do you feel any discomfort about Russia's role in the crisis? I mean, an entire region has been annexed, a passenger plane blown out of the sky.

I think our thoughts are with the families of the victims. When you watch the TV - yesterday, what happened in the Netherlands - I mean, we all feel the same sorrow. So this situation has to be solved as quickly as possible. It takes two sides to come together. This is now a political decision-making process and I sincerely hope that this is going to happen as quickly as possible and I can assure you I feel the same as probably every citizen of this country feels.

Kurt Bock is the CEO of the German chemicals company BASF. The interview was conducted by DW's Laila Harrak.