The Caribbean island has now become the world's newest republic and is inaugurating its first ever Barbadian president. 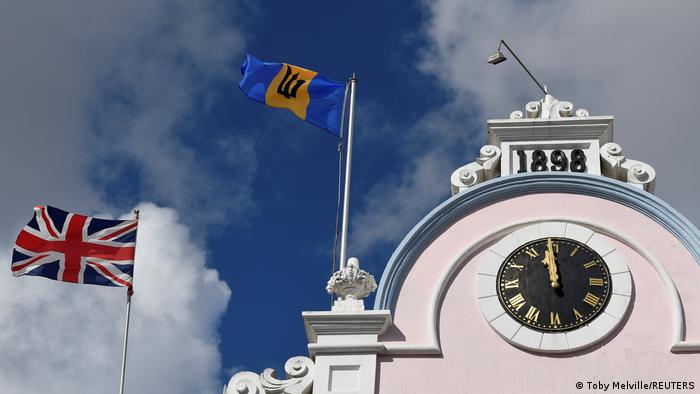 Barbados removed Britain's Queen Elizabeth II as head of state at midnight local time on Monday. The Royal Standard flag that represents the queen was lowered in the capital Bridgetown in a ceremony that coincides with the country's 55th year of independence.

Dame Sandra Mason was inaugurated as the first president of the Caribbean country, having been elected by a two-thirds majority vote in the Barbadian parliament. 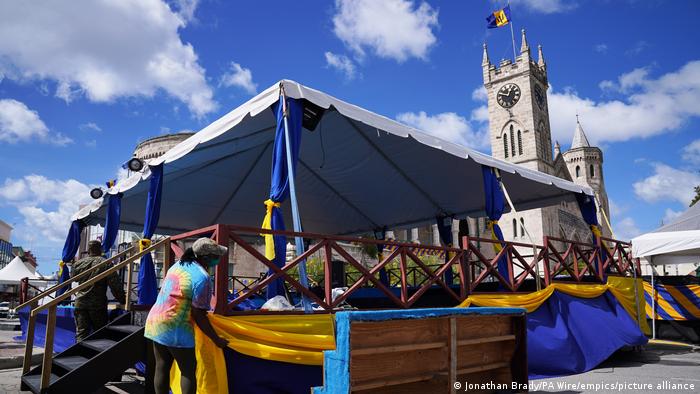 In attendance at the celebrations was Prince Charles, heir apparent to the British throne, who arrived in the country on Sunday.

"We the people must give Republic Barbados its spirit and its substance," Mason said in an address. "We must shape its future. We are each other's and our nation:s keepers. We the people are Barbados."

After a display of dance and music from the island, Barbadian singer Rihanna was declared a national hero by Prime Minister Mia Mottley, who led Barbados' republican movement.

Who is Barbados's new president?

Mason had previously served as governor-general of Barbados, representing the queen in the former Commonwealth realm. She is an attorney and judge who also served as ambassador to Venezuela, Colombia, Chile and Brazil.

"We have just elected among us a woman who is uniquely and passionately Barbadian ... I can think therefore of no better person at this juncture of our nation," said Prime Minister Mottley, praising the new president. 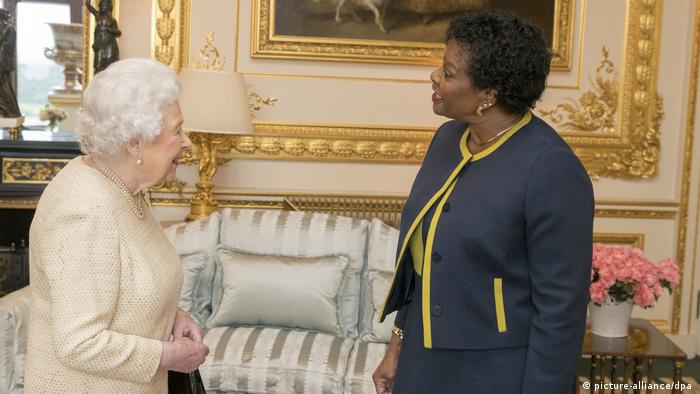 Dame Sandra Mason was inaugurated as the first president of Barbados.

Barbados is the first Caribbean country to abolish its monarchy since the 1970s, when Guyana, Dominica, and Trinidad and Tobago became republics. The last time Queen Elizabeth was removed as head of state was in 1992 when Mauritius proclaimed itself a republic.

Although the country ceases to be a Commonwealth realm with Queen Elizabeth as its sovereign, it will remain within the Commonwealth of Nations, an association of 54 countries of which both republics and monarchies are members. The colonial legacy has long been a subject of debate in Barbados.

Barbados is currently facing economic turmoil caused by the COVID-19 pandemic that has exposed an over-reliance on tourism.

How did Barbados become a British colony?

British ships reached Barbados some 400 years ago and transformed it into a sugar colony. British colonists shipped over captured African slaves to work the island's sugar cane fields, and nowadays the majority of Barbados's population is of African descent.

Barbados had previously been inhabited by the Taino and Carib indigenous peoples.

The colonial legacy has long been a subject of debate in the former British colony, once nicknamed "Little England". Last year, local activists carried out a successful campaign to remove the statue of British Admiral Lord Horatio Nelson from National Heroes Square in Bridgetown. The statue had stood there for two centuries.