The couple has agreed to a multi-year production deal that includes films and series. Michelle Obama said she hoped to use the platform "to promote greater empathy and understanding between peoples." 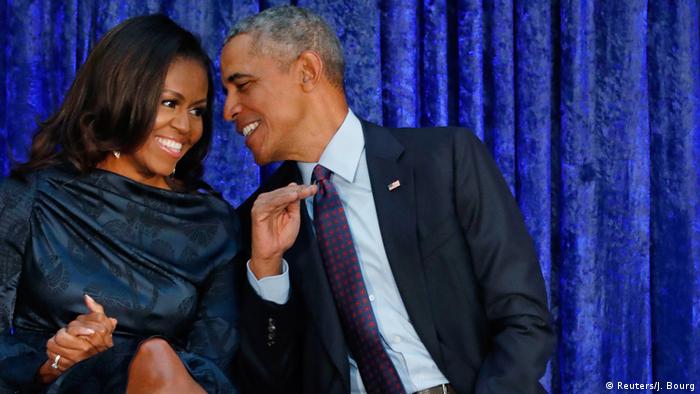 Barack and Michelle Obama have signed a deal to produce films or series for the streaming service Netflix, the company announced on Monday. Under the umbrella of Higher Ground Productions, the former first couple have a wide range of creative options at their fingertips.

While the conditions of the multi-year deal were not made public, Netflix said that the Obamas will be able to produce scripted or unscripted series, documentaries, and feature films.

"One of the simple joys of our time in public service was getting to meet so many fascinating people from all walks of life and to help them share their experiences with a wider audience," former President Obama said in a statement.

"That's why Michelle and I are so excited to partner with Netflix - we hope to cultivate and curate the talented, inspiring, creative voices who are able to promote greater empathy and understanding between peoples, and help them share their stories with the entire world."

In her own statement, Michelle Obama said: "Barack and I have always believed in the power of storytelling to inspire us, to make us think differently about the world around us, and to help us open our minds and hearts to others."

Netflix: Obamas can 'highlight stories of people who make a difference'

Netflix chief content officer Ted Sarandos said that his company wanted to work with the Obamas as the couple is "uniquely positioned to discover and highlight stories of people who make a difference in their communities and strive to change the world for the better."

The streaming site has aggressively pursued its own original content in recent years in a bid to challenge Hollywood studios' monopoly on US television and film. To that end, it has begun to scoop up successful producers from both sides of the industry – and has even acquired the rights to Martin Scorsese's next film, which will star Al Pacino and Robert De Niro.

Former US President Barack Obama and former first lady Michelle Obama have unveiled their portraits at a ceremony in Washington. The Obamas hand-picked the two African-American artists who created the large paintings. (12.02.2018)