Sterling has experienced its worst four days since Britons voted to leave the EU, adding to fears for a "hard Brexit" that bankers in London said would force them to relocate some of their business. 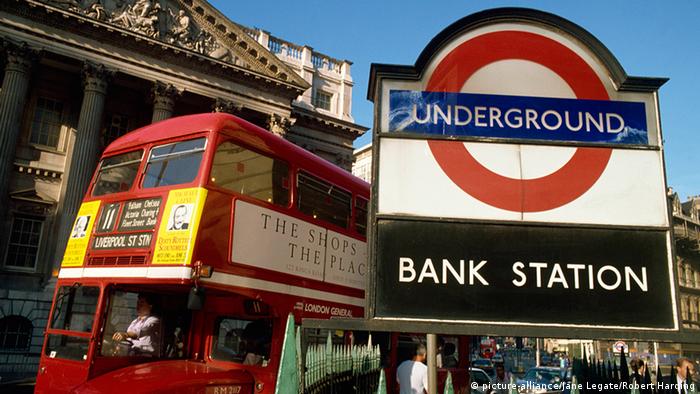 The British currency dropped further, trading below $1.23 on Tuesday, extending a four-day losing streak that began with a 10-percent flash crash in Asia last Friday. The pound was down 0.8 percent at $1.2265, having fallen to $1.2250 earlier in the day. It was also weaker against the euro at 90.35 pence.

Traders in London said it was the conviction that the government was headed for a "hard Brexit" in which Britain leaves the EU's single market that was keeping investors away.

Thushka Maharaj, global strategist at JPMorgan Asset Management, said he saw "further downside risk" to sterling, adding that he remained negative towards the currency over the long term while positioning for a short-term bounce.

Analysts are sticking to forecasts of around $1.20-1.25 for sterling, but Friday's apparently computer-trader-driven 10-minute slide to a 31-year low of $1.1491 has some wondering if a drop closer towards parity is likely.

Deutsche Bank strategist George Saravelos has been predicting a drop in sterling to $1.15, and told the news agency Reuters on Tuesday that the pound might now get there faster. "The more it becomes clear that the policy direction is going toward a hard Brexit, the faster we are going to get there."

Meanwhile, major banks in the City of London have warned they could start moving staff abroad as early as next year if there is no clarity on whether Britain will retain access to the European single market when it leaves the EU.

At a conference in London, senior executives from European divisions of some of the world's biggest financial institutions expressed the view that the UK government's tough rhetoric on immigration risked harming their business.

James Bardrick, the UK head of US-based Citibank, said the main dilemma facing the finance industry was how urgently it needed to act on contingency plans aimed at protecting their businesses. "How do we and when do we start making decisions ... knowing the plan is ready to go? It could be in the first quarter of 2017," he said.

British Prime Minister Theresa May has announced she would trigger the process to leave the EU by the end of March, with the emphasis apparently on curbing migration rather than retaining access to the single market. In the upcoming Brexit negotiations, expected to last two years, banks in the UK are keen to retain their "passporting" rights, which allow them to sell financial services across the EU.

Rob Rooney, CEO of Morgan Stanley International, said his bank would also have to move parts of their operations from London if Britain were shut out of the single market. "It really isn't terribly complicated. If we are outside the EU and we don't have what would be a stable and long-term commitment to access the single market then a lot of the things we do today in London, we'd have to do inside the EU 27."

The chairman of the Lloyd's of London insurance market, John Nelson, criticized the tone of language used by government ministers. "We have to be careful that we keep the UK open... and making sure we are able to attract the right talent globally. If we don't do that we will not remain the financial sector that we are today."

At the conference, Britain's financial services minister, Simon Kirby, tried to assuage the bankers' worries, saying Brexit talks would aim for the best deal for the City of London.

"Can the UK still be one of the best financial centers anywhere in the world, even if we're outside the EU? Well, let me say this is an absolute priority for this government," he told the more than 400 participants.

He said the government acknowledged banks' need to hire top talent from across the world. "We will listen to you. We are confident we can weather any storm that comes our way."

Nearly 2.2 million people work in financial services in Britain and the sector contributed 190 billion pounds ($240 billion), or 11.8 percent of output, to the British economy in 2014, making it the UK's top tax generator. The financial sector overall had campaigned to stay in the EU, but speakers also urged the industry to accept the referendum result and move on to shaping future relations with Europe.

Shriti Vadera, chairman of Spanish-owned Santander UK bank, who heads an advisory committee of banking, insurance and asset management chiefs, said: "Of course there is a lot of emotion around issues of access, and you are being pitted against political priorities, which are not illegitimate, they are legitimate, people voted on them.

"We have to accept and be humble in the face of that."