Shares in Spanish lender Bankia plummeted on Monday, as trading resumed following news that the bank will need a hefty 19-billion euro bailout from the government. 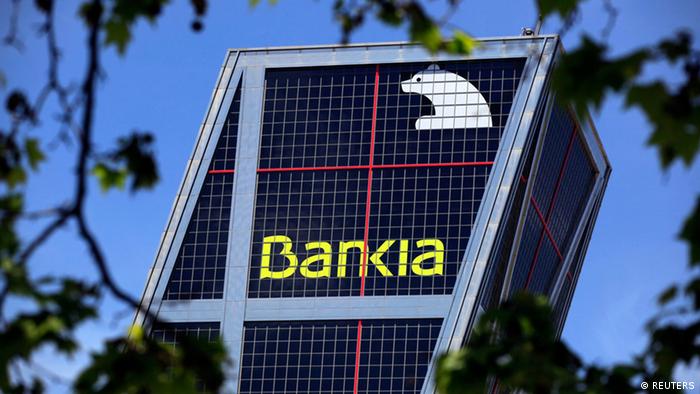 Bankia shares fell some 28 percent on Madrid's blue-chip IBEX 35 index after trading resumed on Monday. This came after the troubled lender announced on Friday that it would need a 19-billion-euro injection of funds from the government to stay afloat.

Shares in the bank, which was formed from a merger of seven regional savings banks in 2010, have lost more than 70 percent of their value since listing in July 2011. The bailout would be Spain's biggest to date.

The bailout funds will be part of a recapitalization plan, the bank's president, Jose Ignacio Goirigolzarri, said at a news conference on Saturday. He said he was confident that after the recapitalization the bank would be "solid, efficient and profitable."

The bank was heavily exposed to Spain's property market, which all but collapsed in 2008. As a result, the bank's real estate assets plummeted in value and left the bank with some 32 billion euros worth of toxic loans.

Bankia shares had been suspended from trading on Friday ahead of the board meeting that decided on the bailout request.

Spain to inject more money into its banks