Bangladesh: Death penalty for rape stokes heated debate | Asia | An in-depth look at news from across the continent | DW | 14.10.2020

Bangladesh's decision to introduce the death penalty for rape has been criticized by international rights groups. Critics say capital punishment is not the solution to the problem of sexual violence in the country. 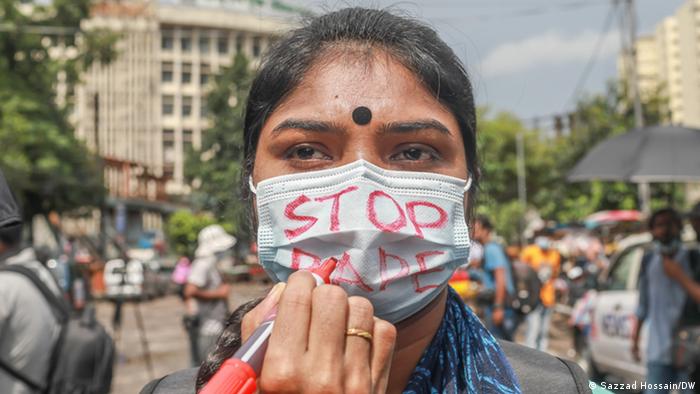 Bangladesh's Cabinet this week approved an increase in the maximum punishment in rape cases to death from life imprisonment after a series of recent sexual assaults triggered protests on streets and social media.

Demonstrations have broken out nationwide after harrowing footage of a group of men stripping and attacking a woman went viral on social media. The clip sparked outrage in the South Asian country, where activists say only a tiny percentage of sexual assault victims see justice.

"Over 1,500 rapes were reported in the last eight months. The number could be higher as many more rapes remain unreported. We are not safe anywhere, not even in our homes. It has to change," a female demonstrator told DW from a protest in Bangladesh's capital, Dhaka. 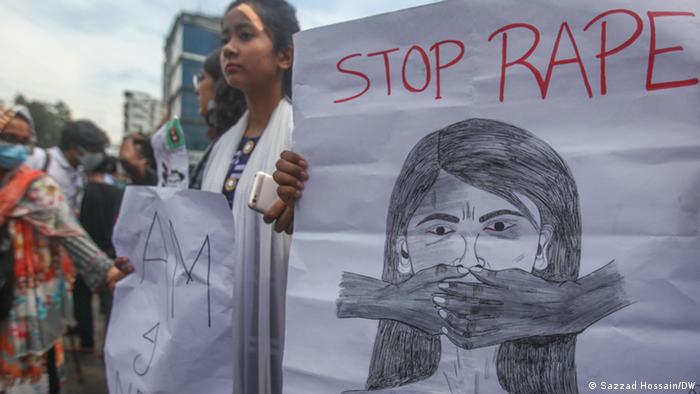 "We want to see the death penalty brought in immediately for rapists," she added.

Labonno, another protester — who asserted she was molested on a public bus just before joining the protest — believes that Bangladesh has become a country of rapists. "We can't take it anymore. We want to change this situation. That's why I'm protesting against sexual violence," she told DW.

In response to the protests, the Bangladeshi government approved the death penalty measure.

'We don't want this kind of a country'

Is capital punishment a solution?

Nearly 1,000 incidents of sexual crimes were reported between January and September, more than a fifth of them being gang rapes, according to local human rights organization Ain-o-Salish Kendra. Its statistics suggest a sharp rise in such crimes in the country, especially in the past two years.

Experts, however, said tougher penalties would not be enough to tackle the problem and that authorities needed to immediately address systemic problems in rape trials and the extremely low conviction rates.

"It's a bad decision, not only because capital punishment is inherently inhumane and should be abolished, but because it is not a real solution to sexual violence," Meenakshi Ganguly, South Asia director of Human Rights Watch, said in a statement.

"There is no conclusive evidence that capital punishment curbs any crime, including rape, and it could end up deterring reporting or even encouraging rapists to murder their victims to reduce the likelihood of arrest," she added.

A 2013 survey conducted by the United Nations found that, among men in Bangladesh who admitted to committing rape, 88% of rural respondents and 95% of urban respondents said they faced no legal consequences. 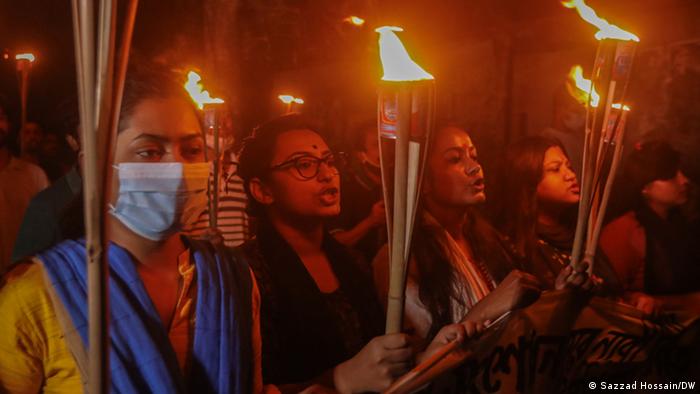 Many rapes go unreported in Bangladesh because women fear being stigmatized

Ganguly said that the South Asian country's criminal justice system needs to be improved to ensure that sexual assault crimes are properly investigated and prosecuted.

"The low conviction rate for rape in the country gives rapists every reason to be confident that they will get away with their crimes," she said.

Sultan Mohammed Zakaria, a South Asia researcher at Amnesty International, echoed a similar opinion. "Executions perpetuate violence, they don't prevent it," he said in a statement, adding: "Instead of seeking vengeance, the authorities must focus on ensuring justice for the victims of sexual violence including through delivering the long-term changes that would stop this epidemic of violence and prevent it from recurring."

It 'will reduce rape'

However, Miti Sanjana, a lawyer practicing in the Supreme Court of Bangladesh, is of the view that capital punishment will help curb sexual crimes. She stressed that her country needs the death penalty.

"I strongly believe that the death penalty is the most severe punishment and that will provide a greater deterrence than life imprisonment. It also registers in the minds of the people that rape is one of the most heinous crimes," she told DW.

She pointed out that Bangladesh's existing laws allow for the death penalty in cases of murder. So, it's highly unlikely that the amendment of the sexual crime-related law will encourage the rapists to murder their victims, Sanjana stressed. 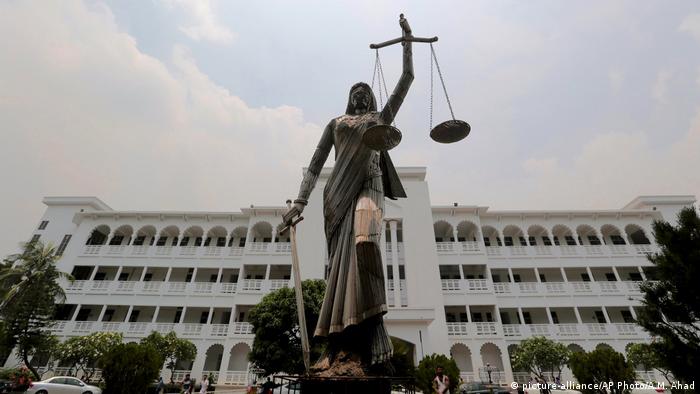 "By introducing the death penalty for rape, Bangladesh has recognized rape as one of the most serious crimes, which is certainly a timely response,'' the lawyer said, adding: "Under the amended law, trials in rape cases have to be completed in a speedy manner. It's a key milestone in rape law reform in Bangladesh."

Bangladesh has hanged 23 people since 2013, while at least another 1,718 are on death row. Although many countries worldwide have abolished the death penalty, the South Asian nation has so far not shown any inclination in following this path.

Why Pakistani feminists are reluctant to talk about marital rape 12.04.2022

In many South Asian countries, it is not illegal for a husband to rape his wife. Pakistan's feminist movement faces challenges in exposing sexual assaults that have been shrouded in secrecy.