With no side willing to back down, the political crisis in Bangladesh is worsening. Analyst Samina Ahmed tells DW there is an increased risk of military intervention as political battle lines become ever more entrenched. 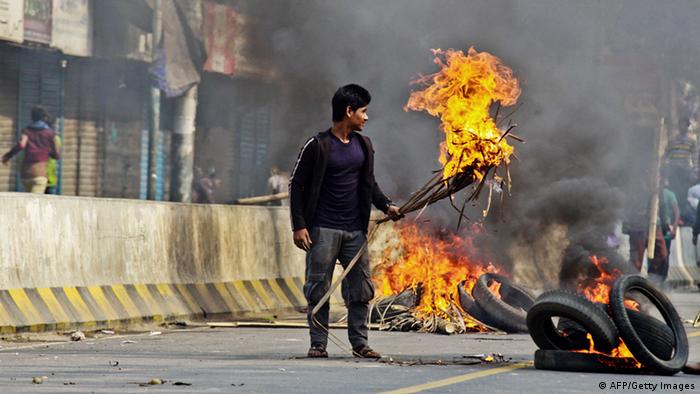 The latest period of political turmoil in Bangladesh began when police banned protests by the opposition Bangladesh Nationalist Party (BNP) in the capital Dhaka on the anniversary of last year's general election on January 5. Former PM and BNP leader Khaleda Zia had called for demonstrations to protest against the government of PM Sheikh Hasina, leader of the ruling Awami League (AL). Zia's party and its partners boycotted the 2014 elections after being told there would be no neutral monitor overseeing the voting, thus allowing Hasina to win a new five-year term.

Analyst say the latest round of political violence - which has claimed the lives of more than 50 people - marks a new phase of the deadlock between the ruling AL and the BNP, which have swapped time in government since the South Asian nation's independence from Pakistan.

The ongoing crisis has also led to frequent strikes and transport blockades, hampering economic activity in the country by preventing businesses from operating normally and hurting ordinary citizens' economic prospects. Nearly 800 vehicles firebombed or damaged and two owners of TV stations have been arrested. While the BNP appears bent on ousting the government via street power, the ruling AL seems determined to neutralize the opposition. 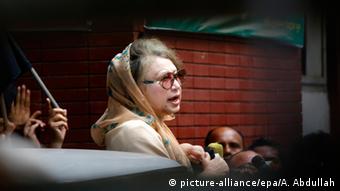 Samina Ahmed, South Asia Project Director and Senior Asia Adviser at the International Crisis Group, says in a DW interview that with daily violence at the pre-election level, Zia and Hasina should urgently seek ways to end the political crisis which is fast approaching the point of no return and could gravely destabilize the country.

DW: What lies at the core of the ongoing political crisis in Bangladesh?

Samina Ahmed: The two major parties have failed to adhere to basic standards for a multi-party democracy. Even when the AL and the BNP were both in parliament, the opposition rarely fully accepted the legitimacy of the government, and resorted to strikes and other extra-parliamentary measures, while ruling party used unconstitutional means to suppress opposition.

During the current crisis, this zero-sum, winner-take-all approach is aggravated by the fact that the BNP, having boycotted the last election, has opted for violent street protest to oust the government. The government's response, which includes arrests of thousands of opposition activists, has been equally heavy-handed, aggravating tensions.

With daily violence at the pre-election level, tensions are rising by the day. Is the political crisis slowly reaching a point of no return?

Fire bombs, trains derailments, street protests – Bangladesh is witnessing a surge in political violence which has killed 50 people. DW speaks to analyst Jasmin Lorch about how the government is reacting to the turmoil. (03.02.2015)

No end in sight to Bangladesh's political turmoil

The political crisis in Bangladesh is getting worse by the day, with no sign of compromise between the government and opposition parties. What does a protracted conflict mean for the future of the country? (15.01.2015)

The crisis is indeed fast reaching a point of no return because daily violence is making any dialogue or compromise more elusive. If there is no compromise, the government might succeed in temporarily containing the violence through its security apparatus, but that will likely result in a future cycle of confrontation; or the violence could escalate further, increasing the risk of civil war. Should the crisis assume even more threatening dimensions, it could potentially result, as in the past, in a military intervention.

What role are state institutions such as the judiciary playing in the current turmoil?

The law enforcement agencies, including the police and the Rapid Action Battalion (RAB), the most feared security agency, are doing Prime Minister Hasina's bidding. The judiciary is only nominally independent. Yet, it is still the only institution that has at least on paper the capacity to curb the government's illegal actions and the opposition's extra-constitutional efforts.

What are the side-effects of the political crisis?

While the AL and BNP continue to view each other as the main antagonist, jihadi organizations, which identify both major parties as enemies in their bid to establish Islamic rule, are likely to gain from the crisis. We already see that extremist Islamist groups, which were lying low in the recent past, are reviving.

The Jamaat-e-Islami, too, is seizing this opportunity to mobilize the most violent elements of its base, which are allegedly responsible for some of the worst attacks in the current clashes, as they were during the election-related violence in 2013 and 2014. This threatens law and order, the safety and security of religious minorities, and even Bangladesh's secular political order. 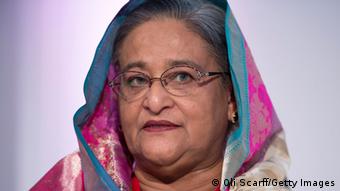 How polarized is Bangladeshi society at the moment?

Bangladeshi civil society is sharply divided along partisan lines, limiting its effectiveness to hold the two main parties to account. There are several exceptions, of course, but this is a general challenge.

What is needed to put a stop to the violence and return to the negotiating table?

Both sides have to demonstrate a willingness to negotiate, at lower levels of party seniority if needed, to revive the democratic rules of the game. The BNP needs to restrain violent party activists, and the government must rein in a brutal law enforcement apparatus. But for this to happen, Sheikh Hasina and Khalida Zia will have to realize that a protracted conflict will leave them both the ultimate losers. Only then is a dialogue possible.