Indonesia has ordered some one hundred thousand people to evacuate after Mount Agung erupted, spewing ash thousands of meters into the air. Authorities have raised the alert level of the volcano to the highest possible.

Indonesian authorities on Monday raised the alert status of an erupting volcano in Bali to the highest level, ordering up to 100,000 people within 10 kilometers (6.2 miles) of the crater to evacuate. Indonesia's disaster mitigation agency said the alert was raised "in anticipation of the possibility and imminent risk of disaster."

The alert was raised after the volcano shifted from steam-based eruptions to magmatic eruptions, said Kasbani, who heads Indonesia's geological agency.

"We don't expect a big eruption but we have to stay alert and anticipate," said Kasbani, who goes by one name. 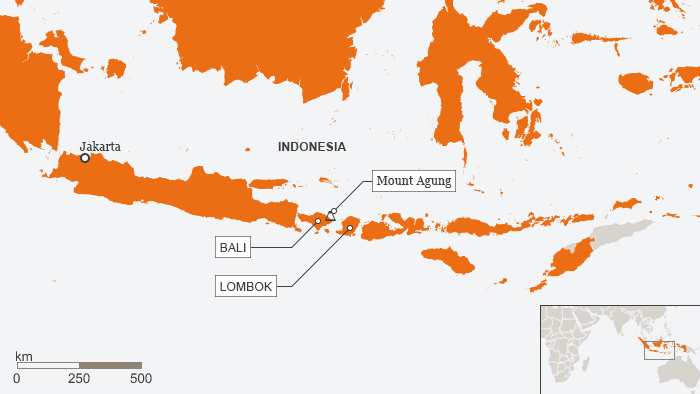 Officials said Bali's Ngurah Rai international airport will be closed for 24 hours due to ash clouds.

A small international airport on the nearby island of Lombok, a tourist destination east of Bali, was closed on Sunday evening as wind blew ash in the direction of the island.

Read more: A punk band's mission to save Bali's nature

Flight cancellations throughout the weekend and Monday left tens of thousands of tourists stranded.

In September, authorities raised the volcano alert to the highest level, prompting more than 130,000 people in an increased evacuation area to flee the area amid fears of an imminent eruption. Many had since returned.

The volcano's last major eruption happened in 1963 and left more than 1,100 people dead. Indonesia straddles the Pacific Ocean's "Ring of Fire" and is home to more than 120 active volcanoes. 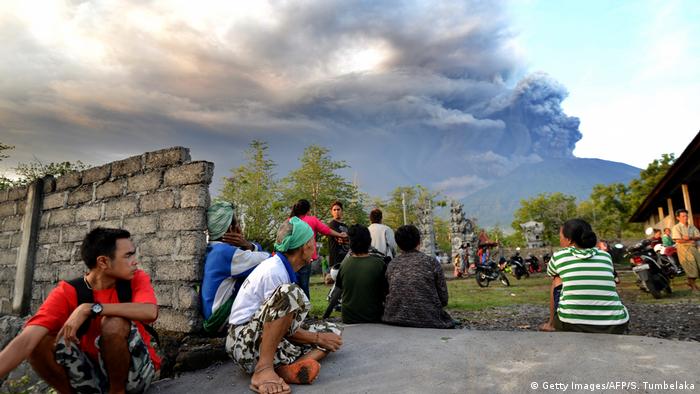