An appeals court in Bahrain has upheld the order to dissolve the Gulf state's leading Shiite opposition group, al-Wefaq. The move comes despite criticism from the UN and human rights groups. 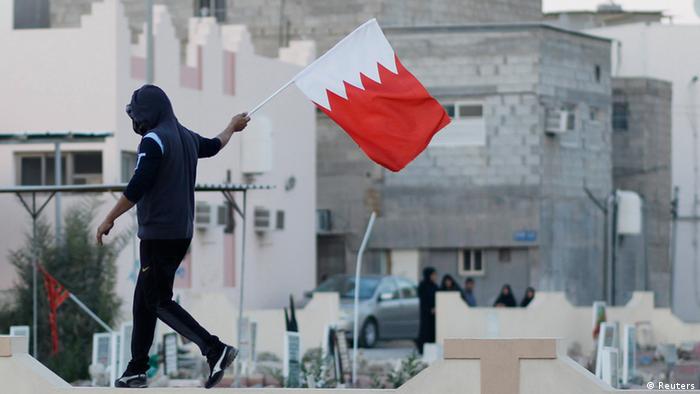 The appeals court in Bahrain's capital, Manama, has upheld a decision taken by a lower court in July to dissolve the Shiite opposition group al-Wefaq.

The lower court had ruled on accusations that al-Wefaq was "harboring terrorism." It ordered that the group be dissolved and that its funds be seized by the government. The Shiite group was also accused of inciting violence and encouraging demonstrations fomenting sectarian strife in the Shiite-majority but Sunni-ruled state.

Al-Wefaq was the largest group in the Bahraini parliament's 40-seat Council of Representatives until 2011, when its 18 lawmakers resigned en masse in protest at the crushing of Arab Spring-inspired demonstrations, which had called for an elected government.

Bahrain's National Assembly has 80 seats - 40 for the elected members of the lower house Council of Representatives and 40 for the royal appointees in the upper house Consultative Council.

The 2011 protests were put down with the help of the Saudi military three weeks after the US pressured Bahrain to withdraw its military forces from the streets. The island nation hosts about 8,000 American military personnel, including those assigned to the US Navy's Fifth Fleet.

Al Wefaq's religious orientation is Shia. It is led by a cleric, Ali Salman, and claims to have tens of thousands of members.

Shiite Iran has often been accused of interfering in Bahrain's affairs.

The appeals court decision came the same day as the announcement of the death of Canadian-Kuwaiti rights advocate Naser al-Raas, who had been arrested and tortured in Bahrain in 2011:

Last month, prominent human rights activist Nabeel Rajab, the president of the Bahrain Centre for Human Rights, was charged with "deliberate dissemination of false news and spreading tendentious rumors that undermine the prestige of the state" for a published article he wrote titled "Letter from a Bahraini Jail."

Describing himself as one of 4,000 political prisoners in Bahrain, Rajab wrote: "No one has been properly held to account for systematic abuses that have affected thousands."

Speaking in June, the United Nations High Commissioner for Human Rights, the Jordanian Zeid Ra'ad al-Hussein, said at least 250 people had lost their citizenship in Bahrain in recent years "because of their alleged disloyalty to the interests of the kingdom." Zeid said: "Repression will not eliminate people's grievances, it will increase them."

The commissioner repeated his concerns when he opened the Human Rights Council session in September: "In Bahrain, I am concerned by harassment and arrests of human rights defenders and political activists, and legislation which enables revocation of citizenship without due process."

"The past decade has demonstrated repeatedly and with punishing clarity exactly how disastrous the outcomes can be when a government attempts to smash the voices of its people, instead of serving them," Zeid continued, urging the Bahraini government to comply with human rights laws and engage with his office.

The island of Bahrain lies off the east coast of Saudi Arabia and the northwest coast of Qatar. The Sunni Muslim Khalifa family has ruled the country for hundreds of years. Current leader Sheikh Hamad and his family have held the main political and military posts since he came to power in 1999.

Bahrain has maintained close links with former colonial power Britain since becoming independent in 1971. The son of Queen Elizabeth II and heir to the British throne, Prince Charles, is due to make an official visit to Bahrain, Oman and the United Arab Emirates on behalf of the British government in November to "help strengthen the United Kingdom's warm bilateral relations," according to a statement released by the prince's office.

Earlier this year, rights group Human Rights Watch criticized Buckingham Palace over the decision to seat Queen Elizabeth next to the King of Bahrain during a celebration for her 90th birthday. UK arms sales to Bahrain have increased significantly in the last five years, according to the Campaign Against Arms Trade, with deals involving machine guns, assault rifles and anti-armor ammunition worth 45 million pounds (52 million euros).

UN, US decry crackdown on freedoms in Bahrain

The UN has condemned an "intensified crackdown" on rights in Bahrain after the country revoked the citizenship of leading Shiite authority Isa Qassim. Supporters have rallied in the cleric's town in protest at the move. (21.06.2016)

Bahrain has stripped a leading Shiite cleric of his nationality after accusing him of attempting to divide society. The move has brought hundreds of protesters into the streets. (20.06.2016)