Bahamas drops estimate of people missing after Hurricane Dorian to 1,300

Officials in the Bahamas have dropped the estimate of people missing in the aftermath of Hurricane Dorian to 1,300. Still, the White House says it is not planning to give islanders temporary protected immigration status. 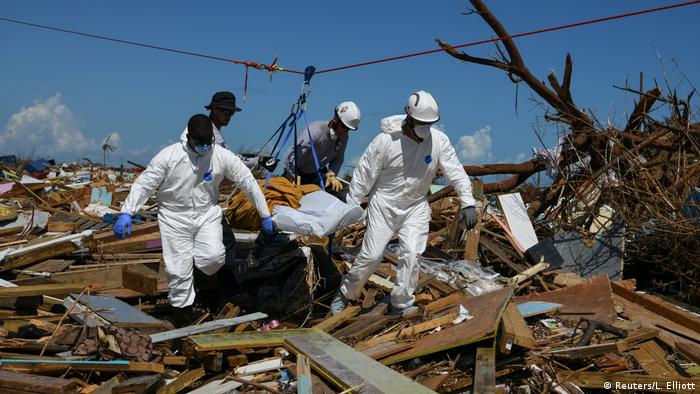 The Bahamas' National Emergency Management Agency (NEMA) on Thursday updated its official list of missing people in the wake of the worst hurricane in the islands' history. NEMA officials said that 1,300 people are currently missing, down from Wednesday's estimate of 2,500.

"The number of people registered missing with the Bahamas government is going down daily," said NEMA spokesman Carl Smith at a Thursday news conference.

Hurricane Dorian slammed into the northern Bahamas more than a week ago, with winds reaching 295 kilometers per hour (185 mph) causing widespread devastation.

NEMA spokesman Carl Smith said it would be possible to reunite some survivors with loved ones as soon as information had been cross-referenced.

"This list has not yet been checked against government records of who is staying in shelters or who has been evacuated," Smith said.

However, the current death toll of 50 was expected to rise considerably as search-and-rescue crews make their way through the ruins left behind by Dorian.

"We're not going to speculate on what the final numbers will be," Smith said. "We understand that people are concerned and so are we." 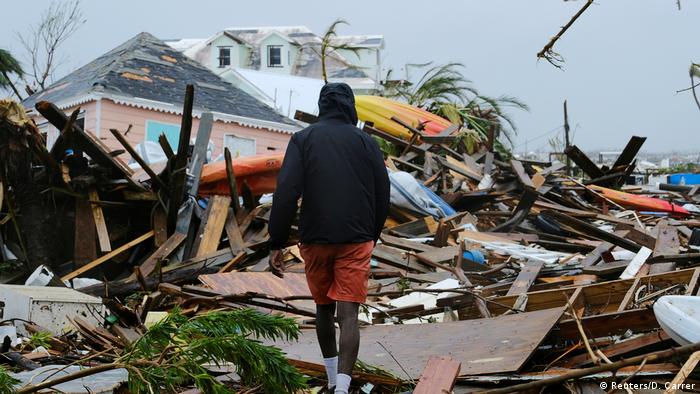 The loss of life so far has been particularly high on the Abaco Islands, where the community of Marsh Harbour was largely demolished.

The Caribbean Disaster Emergency Management Agency says some 15,000 people are still in need of shelter or food. About 5,000 have been evacuated from the hardest-hit islands, according to a report from the UN World Food Programme.

Meanwhile on Wednesday, the White House said it was not planning to assign Temporary Protected Status (TPS) to Bahamians currently in the United States.

Lawmakers as both state and federal level had asked US President Donald Trump to grant the special status to islanders. TPS allows foreign nationals whose home countries have been impacted by natural disaster or war to live and work in the US.

However, the US government said it would continue to provide aid along with international partners and private organizations.

Hurricane Dorian unleashed flooding and heavy winds along the southeast coast of the United States before heading off into the Atlantic. Its current track has the storm reaching Canada's Nova Scotia next. (07.09.2019)

Dorian brings 'fury' to Bahamas as it crawls toward US

Hurricane Dorian has caused "devastating" damage as it moves across the Bahamas and toward Florida on a hard-to-predict route. Experts warn of a life-threatening impact, though the storm might just miss the US coastline. (02.09.2019)