Bad weather conditions over Florida stopped NASA from launching its Cygnus spacecraft to send supplies to the International Space Station (ISS). The next attempt will be in less than 24 hours from the failed launch. 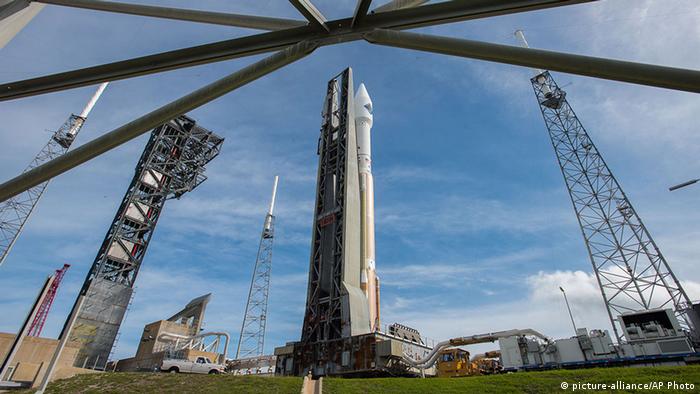 NASA was intending to send its first shipment of critical supplies in almost eight months to the International Space Station (ISS), when thick clouds and rainy weather prevented the launch of an unmanned Atlas rocket. The Cygnus rocket was ready to go with a load of 7,300 pounds (3,300 kilograms) of provisions - the heaviest load it would ever have carried - when the countdown was halted 14 minutes before the intended launch.

The next launch attempt is scheduled for 5:33 p.m. (2133 GMT) on December 5, although the weather forecast shows only little improvement during the 30-minute time window.

Recent attempts at launching supply crafts to the ISS have failed. NASA contractors had two unsuccessful launches, one in the US-state of Virginia in October 2014 and another at Florida's Cape Canaveral, the site of the current launch attempt, in June 2015. A Russian cargo spacecraft had also failed to launch in April 2015.

The ISS is in growing need of food supplies, while the crew of astronauts on board is also awaiting a delivery of clothes, scientific equipment, jet packs for spacewalking and Christmas presents. Without another delivery, the six astronauts on board the ISS would run out of food in April 2016.

One American and two Russians have taken off from Kazakhstan in a Soyuz craft. Two of the astronauts will be on the International Space Station for an entire year. (27.03.2015)