Could there be a positive side to the nerve-wracking task of submitting your taxes? According to Germany's Federal Statistical Office, 9 of 10 taxpayers receive an average refund of €900 each year. Enough an incentive? 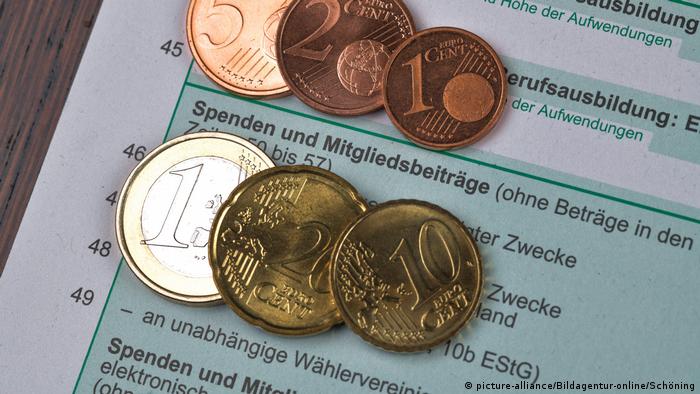 In Germany, like in many other countries, workers are required to pay income tax. And believe it or not, Germans, too, like to complain about it, especially since it can reach up to 42% of the gross salary.

Naturally, there is a minimum taxable income in place (in 2020 it was €9,408 per year for unmarried individuals), but if you're employed, your employer automatically deducts the income tax from your wages (what Germans call Lohnsteuer) and transfers it to the tax office.

However, unlike in many other countries, where the taxes specified in your payslip are final, in Germany it's very likely that you have, in fact, paid too much of them, and are therefore entitled to a refund. Which is where the fun begins.

This is why all workers — whether freelancers, independent or employed — submit a tax declaration to the tax office at the end of each calendar year, with chances to get hundreds of euros back being incredibly high. Yay!

And what's a better time than a coronavirus quarantine to sort out your tax returns? Here's how to survive this like a pro.

It's Germany. Keep your papers.

And by papers I mean receipts, bills and contracts. What counts as a deductible expense obviously depends on your job. It's very likely that you won't get money back for your latest shopping spree at H&M, but what if your job has a strict dress code? Mandatory uniforms? What if you're a TV presenter?

All these circumstances might mean that you must buy certain outfits for the sole purpose of your work — in which case the expense is recognized, and you deserve to get some of it back. For different professions different items can be deducted — from shoes to stationary to computer hardware – but you need to keep the receipts.

You don't have to submit them in the initial declaration, but you might be contacted by your local Finanzamt at a later stage, so make sure you can back up your claims with the proper paperwork. 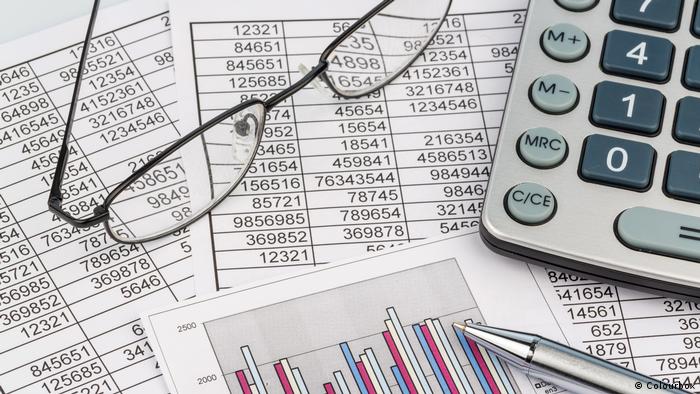 The annual tax declaration remains a nightmare for many people

If you already master the German language to an extent of understanding legal terms — kudos. You can then use the online ELSTER service (in German), which most Germans use if they prefer not to work with a living and breathing accountant.

Otherwise, you might want to choose one of the various English-language services which offer online guidance and promise to maximize your refund potential. From SteuerGo to Taxfix to Wundertax — many websites will help you get money back step-by-step with user-friendly explanations.

However, apart from costing around €30 per submission, online services have another catch: they're not exactly ideal for people with more complicated finances to account for, like freelancers with multiple incomes or salaries received from various countries.

In such case, an accountant who's used to working with expats might eventually pay off, even if the price seems for this consultancy seems high.

I'm already telling you — if you think tax return is something you can do in between other tasks, brace yourself for disillusionment.

Working on your taxes requires at least a weekend, if you include uncovering receipts from the entire previous year, finding all the bills sent to you via email, thinking of all the possible items and services you've paid for and are deductible (LinkedIn Premium? Magazine subscriptions? Essential software?) — this is not something that takes 30 minutes.

Better make enough time to dive into those piles of paperwork and submit the declaration immediately after like a pro, than procrastinate or laze around only to understand later that there's no way out of this other than taking a few days and get it over with.

Experience is the best teaser

So if you don't have any experience yet, don't be afraid to ask someone who does. You'll be surprised to learn just how many things can be deducted — so instead of brainstorming endlessly on your own, ask a colleague, a friend or even on social media for any personal tips.

Bank account management fees, internet costs, seminars and courses taken for professional development, language courses and even your visa application costs are all recognized expenses I've learned about from other expats who have gone through this process before me.

One of the most important things you'll learn is just how much money you could have saved but probably won't — because you didn't keep all the necessary receipts. Since the entire process takes place after the tax year has ended (i.e. you submit your tax declaration for 2019 in 2020), the best time to start keeping them is NOW.

And not only receipts: letters you received from the bank, phone bills, electricity and gas contracts, the receipt you got at the Ausländeramt for your visa fees all of these should be kept and used.

Luckily you have a whole year ahead to learn and make corrections. Good luck!

Emergency spending measures to counter the coronavirus have cleared the lower house of parliament and are likely to be signed into law by the end of the week. But where is the money going? (25.03.2020)