Congolese writer Fiston Mwanza Mujila speaks six languages and lives across two continents. He was recently honored with the German International Literature Prize. He spoke with DW about his life and work. 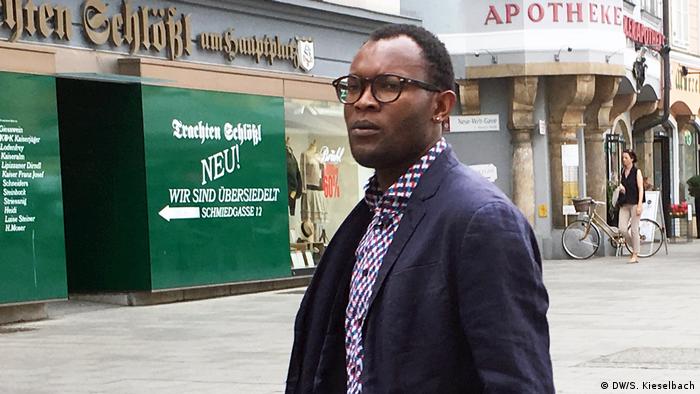 DW: Is it true that your novel "Tram 83," for which you and your translators were awarded the International Literature Prize 2017, was originally rejected by several publishing houses on account of being too African?

Fiston Mwanza Mujila: It wasn't that the publishers rejected the novel because it was "too African," as some media have said. I live in Austria, in the city of Graz, but I write in French. There are no French-language publishers in German-speaking countries. And it's not that easy to get a publisher in Paris interested in your work when you are based in Graz. So that's why it took a while.

You wrote your novel, which takes place in a fictional town fashioned after the Congolese city of Lubumbashi, in Austria's picturesque Styria region.

I actually started in Germany. I was living as a scholarship student of the Heinrich Böll Foundation in Langenbroich, which is located between Cologne and Aachen. That's were I completed the first version of the book. The rest of the work took place here in Graz, as I was working on three or five different literary projects at the time. It was important to me to stop focusing on the book and to shift my attention to poetry and theater. I'm very productive as a playwright or poet - much more so than as a novelist.

There's a big dichotomy, being based in Graz while writing about an African metropolis. Did the physical distance help in your endeavor or did it pose a problem in finding the right words to describe the atmosphere in Africa?

When you are in Congo, things are very, very fast. There's a lot that gets lost in that fast-paced environment. That's why it's easier to write about the Congo when you are abroad, like in France or Austria. You have the benefit of distance, and you have the benefit of time. I have the capacity here to bring the perspective I'm using to write about the Congo to mind: whether I'm approaching it as a Congolese person or a European, or as a Congolese who lives in Austria, in France or in Belgium.

If you live as a Congolese immigrant in Belgium, you have a different perspective on the country than if you, say, live in Austria like I do. The colonial history of the country doesn't affect you as much. This distance helps in looking at my home country, and at Africa as a whole, from a new perspective. 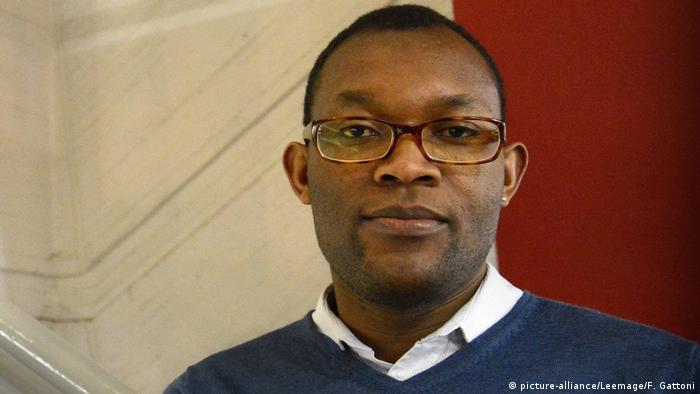 So what does Congo mean to you?

Congo is my mother, my father, my family. Positive and negative things. There's been a civil war raging on for 20 years in the east of the country, which is rich in natural resources. Nevertheless, people are always so positive there. Congo is fighting against dictatorship, but at the same time we're full of hope. Congo will always be my home. I take that home and that family with me wherever I go.

A lot of the discourse in Europe about Africa is about refugees at this point. This is also something that your novel touches on. What is your take on these ongoing discussions?

The idea of Africa is a utopian one. Africa doesn't exist; it is rather - as a Congolese author once said - an invention of the West, of Europe. In Europe, we hear about Africa on the news, and those reports are based on what is seen as sensational and newsworthy at any given time. I think Europe has the wrong idea about Africa.

I teach African literature, and the reason why I teach is to try to have a discussion about Africa with my students. Because Africa isn't just about war and hunger. I think the best way to learn about Africa is to look at literature or to talk to artists and to other Africans. That's when you will hear a different perspective, one that isn't communicated by the media.

For centuries, Africa was subject to European colonial politics. Is this still a present force there - for instance in the Congo?

There are like 54 or 55 countries in Africa. But only in eight of them is the political situation quite dire, such as the Congo, Somalia and South Sudan. But South Africans, for instance, don't seek to immigrate to Europe in numbers. Nor do Angolans, nor the people in Mozambique, Botswana, Senegal or Tunisia.

Europeans seems to think that all Africans want to come to Europe. And even people who live in African countries that have some serious issues don't need to migrate to Europe if we manage to find solutions to those problems in Africa.

In Europe, people think they have to seek solutions for Africa's problems. But those solutions have to come from Africa. 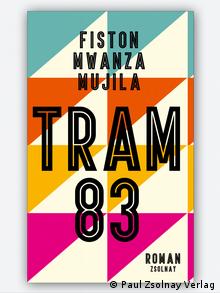 In addition to receiving great praise for your novel "Tram 83" you were also criticized for taking a misogynistic view on women in the book. What's your response to those allegations?

The characters in my novel all suffer the consequences of poverty. This is true for the male as well as the female characters. However, there's a certain sensitivity for negative depictions of women, and I think it's important to be aware of all the misogyny there is in the world.

However, my story is all about what happens to people working in and around the mining industry. There is a lot of brutality there. There are women who work in those mines and also have to resort to prostitution.

In Congo, there are children that work in the mines or resort to prostitution. My novel is involved in exposing all those narratives. As an author, I have to write about these people, for this is their reality.

You grew up bilingually. You would speak in Swahili to your mother, and in French to your father. But French, the language in which you write, is also the language of the former colonial powers. How does that make you feel?

French is a colonial language. To me, it's a fictional language, a fake language. But it's also an intimate language, if I succeed to reinvent it as a new language for myself.

I believe there are two types of African literature: there is actually a great tradition of Africa literature in African languages, divided into written and oral accounts. I try to build a bridge between the written and the oral tradition. Everything is about building bridges, if you ask me. I build bridges between Graz and Congo, between myself and Congo, between my African memories and my Austrian ones.

I live across two continents using different languages. I read German and French literature, live in Austria and publish my work in France. It's important to always build bridges.