Donald Trump gave a voice to the disenfranchised, bestselling author Deborah Feldman tells DW. To repair the gap in US society, it's important to understand the suppression of the Trump voters, she adds. 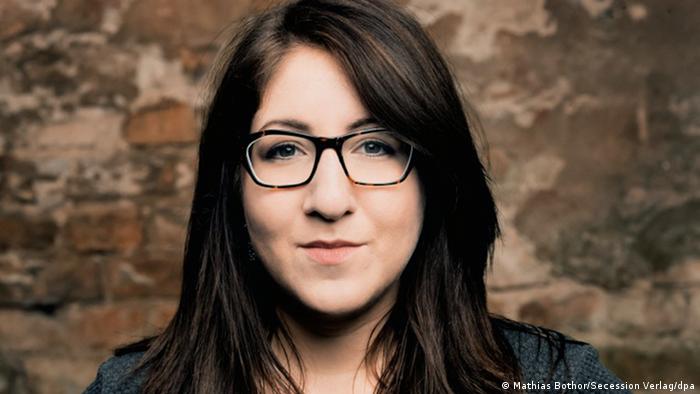 DW: What was your first thought after hearing of Donald Trump's victory?

Deborah Feldman: It's not that much of a surprise, unfortunately. I'm somebody who is a good example for voters that got caught between Clinton and Trump. It was clear to me that neither candidate spoke for me; neither candidate was an appropriate choice. The choice was going to other people who have a very different experience of American life.

I've voted Democrat ever since I first registered to vote. And Clinton was the first Democratic candidate I couldn't in good conscience vote for. I'm from New York City; I have a pretty good education; my life is pretty great. And if I can't vote for someone like Hillary, you can imagine that all those people in America who feel disenfranchised, who feel ignored, who feel forgotten - you can see why they would go so far away.

Who are these people who voted for Donald Trump?

We call them the people of the Heartland. It's rural America, the part that is sometimes called Fly-Over Country - the places you fly over to get to New York or California or Chicago. And you can see just by that kind of condescending language that is used to describe those regions that for a long time Americans have felt very comfortable dismissing the voices of these people and these regions.

Even Hispanics voted for Trump. Do you have an explanation for that?

And in that sense, Hispanics are just as hurt by that if not more - and Hillary was absolutely not going to offer solutions to these kinds of people. She couldn't even grasp what these people were going through. She had an abstract idea of it, but she had no way of really identifying with it, or empathizing with it, or seeing it as a problem that should be solved.

Even though Trump was not offering anything concrete, he was identifying with the disappointment and with the anger by saying these feelings are legitimate. 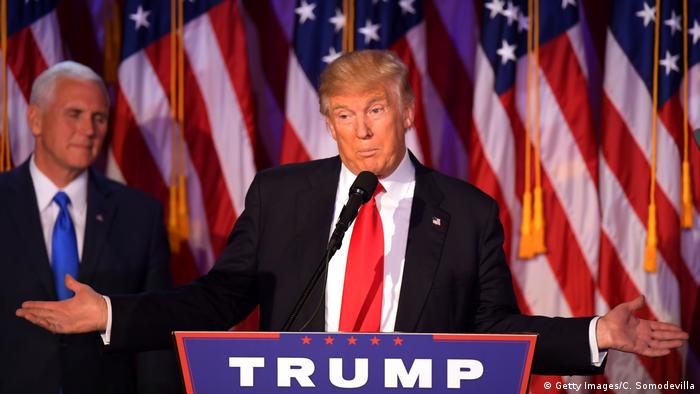 Trump had the ability to be presidential all along, pointed out Deborah Feldman

You said you didn't feel spoken for by either candidate. Why was that?

Both candidates represent the one percent to me. I was a participant in the Occupy Wall Street movement; I was someone who voted for Bernie Sanders. I believe in equal rights and equal opportunity. I believe in redistribution. So these are all people who managed to isolate wealth and keep it in this very small group of people. This wealth is just increasing and increasing and increasing. And, meanwhile, the rest of America is getting poorer and poorer.

Clinton and Trump are part of that process. People are angry at that process, but they also don't quite understand it. And I think they don't really know how to change that anymore.

Perhaps this voting for Trump is not about making things better but about at least having that little bit of dignity that comes with knowing that your voice has been heard, that your voice matters. For many people, that's the last thing they have left. To remind the establishment that their vote still counts - that they're still a member of the society, a citizen of this country.

I think Trump had the magic formula. He knew what to do to appeal to the voters in the way he did. That's especially obvious in the victory speech he made, where you can see that he suddenly develops this very presidential grace, this magnanimous energy. His vocabulary has improved; he's much more politically correct. And you realize he was capable of being that way all along. He always said he could if he wants to. But he also knew that was no way to appeal to his voters.

Let's look back at the mudslinging in the campaign. To what extent has that changed US society?

I think it unleashed something. You could compare it to what Brexit unleashed in Britain. We do know that after Brexit a lot of hate crimes started happening in England and attacks on immigrants became more common. I think there is deep-seated racism and sexism in America that has never really been addressed, that simply has been suppressed by political correctness, and this has now been allowed out of the canal, so to speak.

I'm deeply afraid for the friends that I have in America - who are gay, who are minorities - because I think they feel now much less safe. And I think that feeling is justified because Trump has given people who hate permission to do so openly.

Trump is not the source of it; Trump opened the door. But the people who first closed the door are the Democrats. So for me, it's important that we step back and understand the responsibility that we all carry for the suppression of these people, of this Trump voters.

The thing is, I exist on a line between the establishment and the rest of society. On the one hand, I was educated in a very good school and I was privileged enough to have friends in high places when I lived in New York. But I also come from very modest circumstances and I have known what it's like to struggle in my life. I have struggled with tremendous poverty.

I know what it's like to live in a country with no social resources for the poor, for single mothers, and I have watched as the upper classes in America have used scornful and condescending language about other Americans. I have witnessed the intense classism that exists and this hatred of other people simply because they have less than you. People that have participated in that culture are just as responsible for the result as the people who have put Trump into power.

Deborah Feldman grew up in Brooklyn, New York. Her autobiographical debut novel "Unorthodox" described her childhood in an Orthodox Jewish community and became a New York Times bestseller. In 2014, she released her memoir, "Exodus." Feldman lives with her son in Berlin.

Opinion: I'm not too concerned about anti-Americanism in the Trump era

In the cultural community worldwide, the response to Donald Trump's election as US president has been overwhelmingly negative. Will American expatriots face new anti-Americanism? Not necessarily, says DW's Rick Fulker. (09.11.2016)

When it came to celebrity backup, Hillary Clinton certainly had one up on Donald Trump. But that wasn't enough to secure her victory. Now stars like Katy Perry, David Mandel and J.K. Rowling are lashing out. (09.11.2016)

These music stars are singing the praises of Clinton and Trump

While KatyPerry and Lady Gaga have been vocal about their support for Hillary Clinton, Donald Trump has Ted Nugent and the Naked Cowboy on his side. Here are the stars that are using song to sway the vote. (04.11.2016)